Soapbox: I Miss My Friends, But I Don’t Want To Kill Them 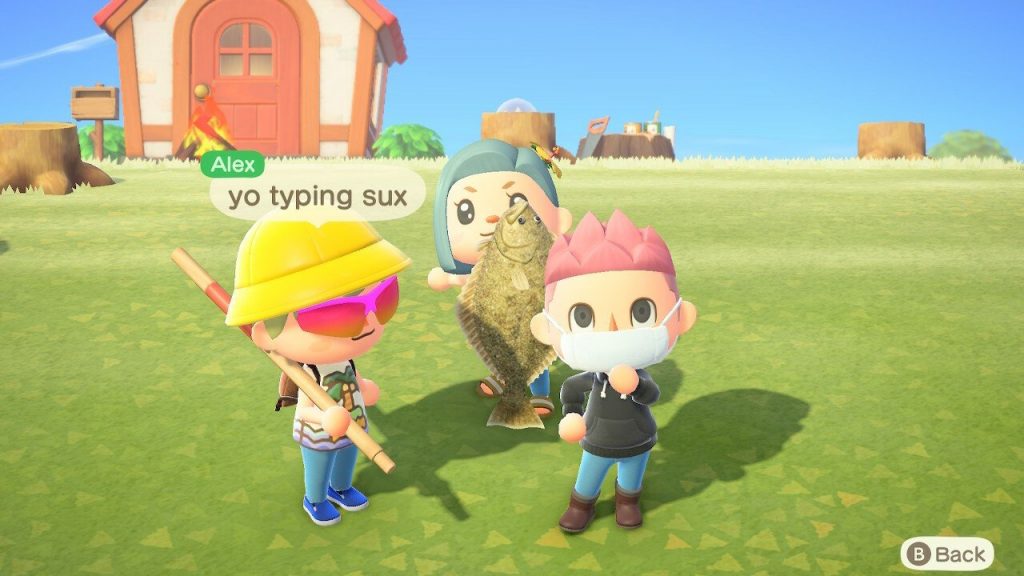 I highly doubt any of the people reading this have the power to change anything in the games industry, but just in case: my thesis here is that the world is craving online co-op games, and it’s crazy that we don’t have more of them. Or, at least, more of them that don’t involve shooting my friends in the face, or hanging out with strangers.

Think about all the success stories of the past year. Among Us: a competitive online co-op game about betrayal, sabotage, and lying to your friends. Valheim: an online multiplayer game about building cool Viking houses with your Viking buddies, and fighting dragons together. Animal Crossing: New Horizons: a game about building extremely cute villages, and inviting friends to hang out in them.

What do they all have in common? The ability to hang out with friends, in a time when hanging out with friends is sort of illegal. It doesn’t take a genius science-tist to figure out that this enforced social distancing is making us all crave conversation like never before, and I don’t even have to do any research to tell you that shares of Zoom, Discord, and Skype are probably at an all-time high thanks to them being the main methods of communication during a pandemic.

But I do know this: the pandemic isn’t the only reason I want to play games with my friends online, but I’m glad we’re all on the same page now.

You see, I used to live in jolly old England, and many of my friends were made when I lived in London. That was about five years ago, and since then, I’ve moved to Canada, and a lot of them have moved, too — to Germany, Sweden, New Zealand, Australia, and, most exotic of all, Manchester. Twenty years ago, our best chance of staying in touch would have been MSN Messenger, or maybe pigeons. Twenty years ago is a long time, and simultaneously not long at all.

These days, I can talk to my buds on Instagram about their latest cooking adventures, make fun of them on Twitter when they post an old photo of themselves in a terrible hat, and chat to them on Discord about a stupid video I thought they’d enjoy. I play Dungeons and Dragons with friends in London every Saturday; I occasionally hang out in a coworking call with chums in Texas and Michigan; I work with a bunch of lads who largely live in and around my original hometown of Loughborough. I have been lucky enough to make friends all over the world, but now I am unlucky enough to be separated from most of them by oceans, mountains, and space. Such is the way of life, these days.

Fortunately, Nintendo seems to be on the ball for once when it comes to recognising the people’s desire to play online. Granted, they’re not terrible at it — they made Splatoon, after all — but the janky Nintendo Switch Online app was a strange attempt to keep online activity in-house, when most people would rather turn to Discord or similar software that was built for the sole purpose of online communication.

Keep the party going! A free update to #SuperMarioParty adds online play to the board game mode, 70 minigames , and the 2 vs 2 Partner Party mode. Available now!

Recently, the Japanese powerhouse released an update for Super Mario Party that adds online play to the game — an incredible addition that seems as generous as it is surprising. Or, perhaps more cynically, they realised that a couch co-op game won’t sell in a pandemic, where couches are getting about as much use as shoes, offices, and mouth-operated doors.

Either way, though, I’ll get to play yet another game about betrayal and sabotage with my friends, now that we’ve exhausted Valheim (although we have moved onto Astroneer, which is also excellent). I’m hoping that game developers will do the game developer thing of seeing the success of a game, and immediately trying to replicate it; if we’re lucky, we’ll start seeing some fantastic new online co-op games on the market in two to five years.

And, yes, I’d prefer those games to not have guns. There are a wealth of online multiplayer shootgames on the market, and for whatever reason, I’ve never really been able to get into them. Maybe it’s the fact that a lot of them are uninteresting settings for me — I don’t really fancy being in a warzone, but I’m also not particularly won over by the more sci-fi settings of Destiny and Overwatch, either — but it’s more likely the fact that I want to play online with friends, not strangers.

In Valheim, Astroneer, Among Us, and now Super Mario Party, the gates are closed around our little community. The monsters are monsters, and the only other enemies are your friends. There’s no superpowered 15-year-old who’s been playing Fortnite his entire life and could beat me with his eyes closed. There’s no threat that someone with Level Twenty Billion armour will fart in my direction, killing my Level Six character instantly. I tried to get on board with Destiny during the early pandemic days, but I felt like a kid on their first day of school, finding out that everyone else knows advanced calculus and I’m still struggling with the alphabet.

(Yes, I know, Among Us is technically about killing your friends — but we take it in turns, you know? It’s different.)

Take Minecraft, for example. It’s been over ten years since Minecraft came out, and because it’s now a multi-million dollar industry all on its own, people keep trying to reinvent that cube-shaped wheel. And I don’t mind! But what makes Minecraft great is the feeling that the world is yours to create, explore, and shape, and that feeling is made even better with friends. If I logged into my world and saw some rando burning all my crops and teabagging my pet cats, you can bet I’d stop playing.

The games that I’ve named so far range pretty significantly in terms of what you do, and whether you do it with or against someone, but, generally, all of these games have something in common: they all feel like playing a board game with a bunch of friends. They all have that “Saturday night hangout” feeling, where the stakes are low for a lot of the game, and then, suddenly, the stakes are sky-high — but you all come together to overcome those stakes again and again until the game ends.

I’d love to have more experiences like this. I love the emergent storytelling of getting repeatedly murdered by wolves in Valheim, pulling off an inexpert lie in Among Us, and showing off my walk-through aquarium in Minecraft before getting poisoned to death by my own pufferfish. I love messing around with my friends — who are all people I have chosen to keep around, because I like them — and not having to worry about some doinkus ruining the fun.