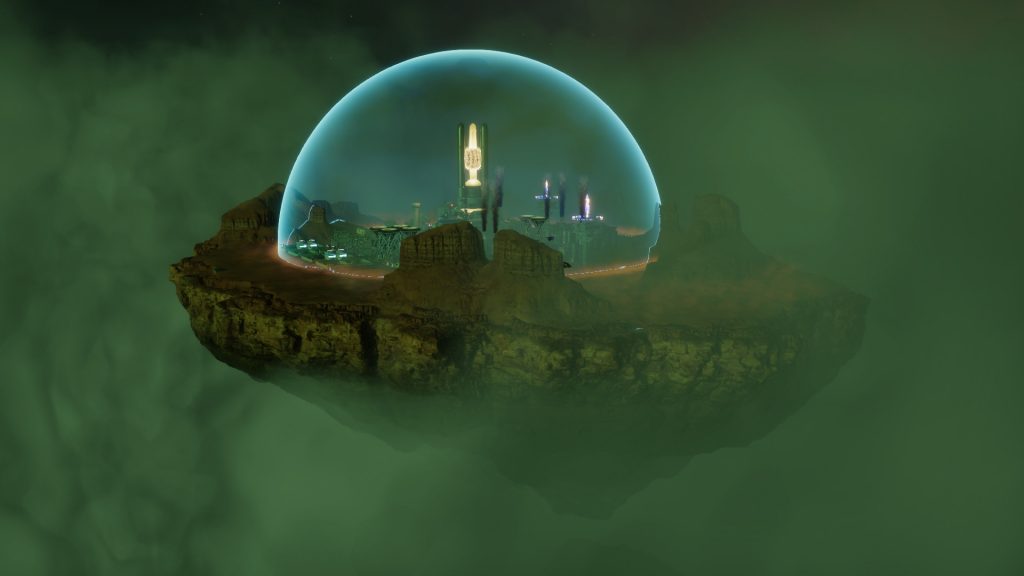 City-builders have been moving beyond terrestrial towns to settings like a winter apocalypse or the back of a giant monster, and now Sphere – Flying Cities is set to bring the genre to the confines of a floating bubble. The post-apocalyptic management game is set to hit Steam Early Access this autumn with a blend of city-building and space-bound survival.

Sphere (no relation to the 1987 Michael Crichton novel or 1998 film) puts you in charge of colonising the shattered remnants of the moon, which has been destroyed by an asteroid. To do that, you’ve got to take care of an anti-gravity device and a spherical deflector shield in order to protect your citizens from an imminent demise.

While staving off death in the void of space, you’ll also have to take care of the mundane needs of your citizens including shelter, food, and medical attention. In a system that sounds reminiscent of Frostpunk, you’ll send out drones to scout distant locations for new resources and survivors far away.

For more upcoming PC games, you can follow that link.