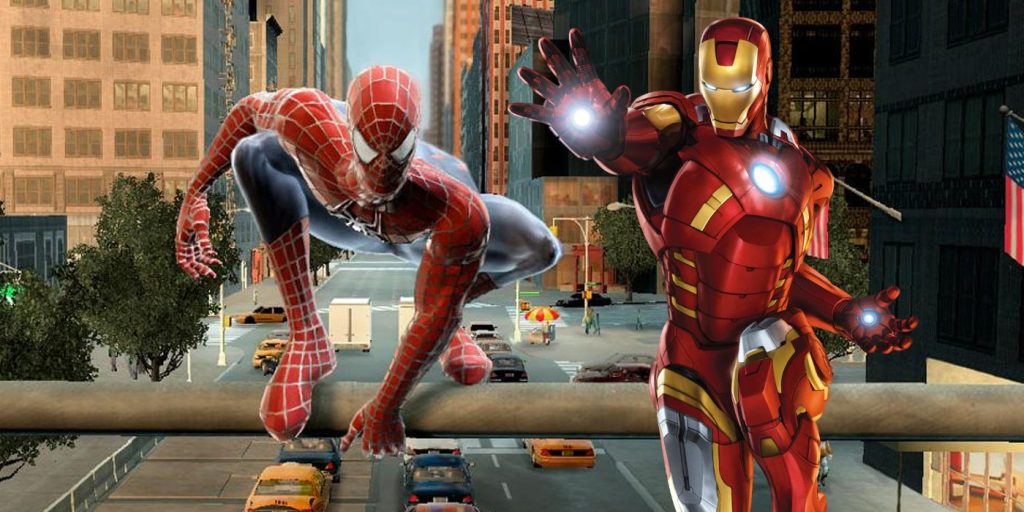 A Twitter user shares an image of Iron Man unearthed from a debug version of 2007’s Spider-Man 3 which begins fan speculation.

A bit of sleuthing has uncovered concept art for Iron Man in the debug version of the Spider-Man 3 game from way back in 2007. The still shot, posted to Twitter, does not offer much explanation, showing an odd-looking Iron Man, flying over an empty field, but the mere idea of Iron Man appearing in the Spider-Man 3 game is evidence to some of a crossover long before it actually came to fruition.

It’s worth reminding readers that the Spider-Man 3 game was released at a time when the original Sam Raimi Spider-Man trilogy was just wrapping up, and the first Iron Man movie was still in production, beginning filming just two months before Spider-Man 3 released. The mysterious concept art is not only interesting as an example of an early Marvel and Sony interaction but intriguing because of the now well-developed relationship between Peter Parker and Tony Stark in the Marvel Cinematic Universe.

RELATED: Sam Raimi Made a Weird and Wild Superhero Movie A Decade Before Spider-Man

After taking to Twitter to post the Iron Man shot, user allosaurhell appended an update explaining that “[the picture] was found in an earlier debug version of the game someone obtained, any and all references to the wider Marvel universe beyond Spider-Man were cut due to legal problems with Marvel.” This left fans speculating on the nature of Iron Man’s involvement in the game. It’s possible, due to the success of the Civil War comic storyline only months before, developers had been eyeing the inclusion of the Iron Spider suit years before it ever became a reality in games.

Unsurprisingly, the strange image caused heated debate among fans. Of course, many took the idea and ran with it, suggesting that this implied Sam Raimi planned for the inclusion of Iron Man in future films, but others weren’t convinced, suggesting that Iron Man’s inclusion in Spider-Man 3 was simply an idea to promote a potential Iron Man game. A couple of others—likely alluding to the rigid pose in the drawing—thought it looked like discarded plans for an Iron Man action figure.

Regardless of the actual meaning behind the image, it’s fascinating if only for the timing. This image comes from a time just before the Marvel Cinematic Universe was about to explode in popularity and dominate movie theaters with every subsequent release. It’s a glimpse at another direction Iron Man could have gone before he became arguably the most popular character in the MCU with fans still calling for Iron Man’s return.

MORE: Spider-Man and Daredevil’s Relationship Needs to Make the Jump to Games