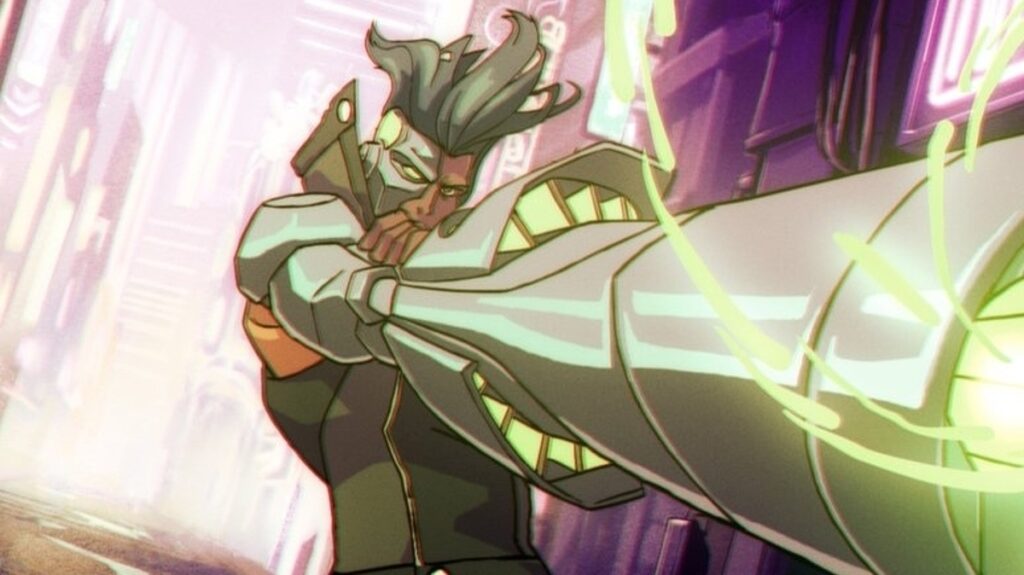 A Splinter Cell animated adaptation was first rumoured last July, but Ubisoft and Netflix have now made the show official. It’ll follows the adventures of iconic video game series protagonist Sam Fisher after he’s recruited to work for the NSA’s mysterious Echelon Division.

Expect black ops missions, stealth, and military tactics in a series that’s being written by John Wick scribe Derek Kolstad. That’s pretty much all Netflix has shared right now, other than this appropriately shadowy glimpse of Sam as he’ll appear in the show:

We know even less about Netflix’s newly announced animated Far Cry adaptation, but that knowledge void has been filled by a deluge of information the Blood Dragon series.

At the heart of all this is new series protagonist Dolph Laserhawk, a cybernetically enhanced super soldier who escapes from the Eden army and decides to embark on one final heist before sailing off into the sunset with his boyfriend Alex.

There’s no indication of when we might get to see any of these shows yet (or, indeed, any word on Netflix’s previously announced live-action and animated Assassin’s Creed adaptation), but hopefully more will be revealed soon.