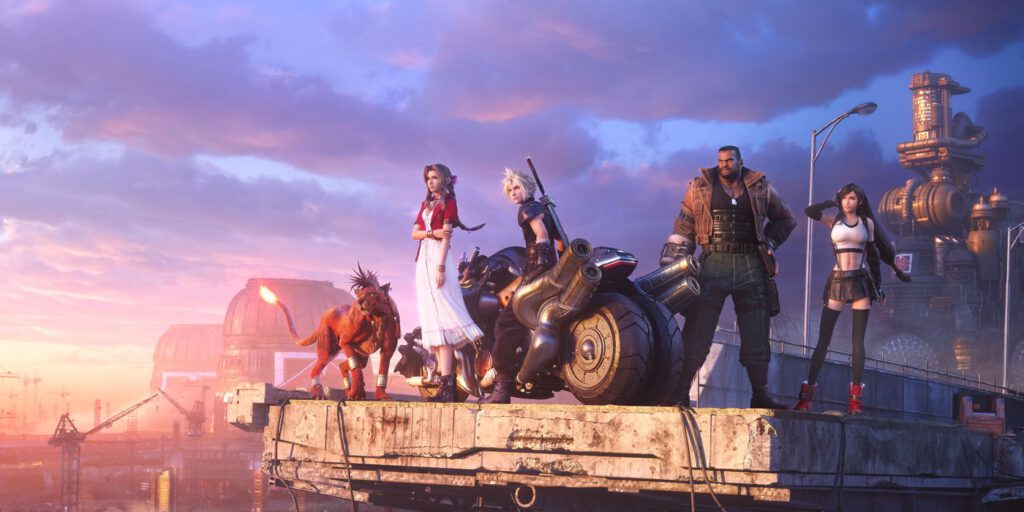 Square Enix registers a new trademark for a Final Fantasy 7-related term that’s stirring up a variety of rumors and speculation.

This past week Square Enix celebrated the birthday of Final Fantasy 7‘s Aerith. The celebration went viral across social media, showing that the Final Fantasy 7 Remake has brought back the classic JRPG into the modern discourse. With a prospective Final Fantasy Remake part two likely years away, however, Square Enix will have to get creative to keep the game’s momentum. A glimpse at its plans may have come in the form of some recently published Square Enix trademarks.

For those curious as to whether Ever Crisis is a Final Fantasy 7-related trademark at all, there’s more evidence worth considering. The United States trademark is actually quite late. Ever Crisis has already been trademarked in Australia, Canada, Europe, and Japan. Alongside the trademark, Square Enix also trademarked a Shinra logo, as well as The First Soldier. While Ever Crisis isn’t guaranteed to be Final Fantasy-related, it seems like a near certainty.

Suffice to say, Final Fantasy 7 fans appear to have something to look forward to between now and the eventual release of Final Fantasy 7 Remake part two. What form it takes remains to be seen, but the process is clearly moving forward at Square Enix.