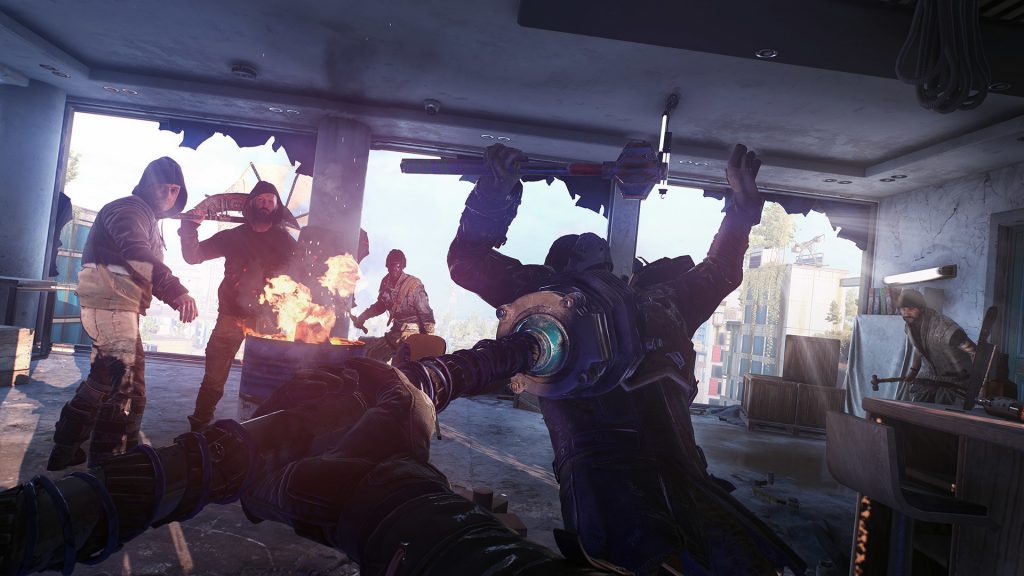 Dying Light 2: Stay Human already has an immersive world, and it’s about to get bigger with some new inclusions that will flesh out the post-apocalyptic universe even further. These new details include videotapes that will tell stories of the world prior to civilization’s fall, graffiti, settlement laws, and “the analog version of a dating app.” These all come as survivors in the universe are seeking to create a new society of their own.

These details were revealed in the latest episode of “Dying 2 Know More,” a web series that previews many features coming to Dying Light 2: Stay Human. Thomas Gerbaud, the world director of the game, walked fans through “The City” and its inhabitants. With the world in ruins, the survivors of The City are coming together to create a new way of life, despite all of the undead, apocalyptic monsters surrounding them.

The game will follow Aiden Caldwell as he navigates this new post-apocalyptic world, and the consequences of his actions will impact everyday life for those of The City. The latest Dying 2 Know More episode will grant viewers the opportunity to learn about the way of life in The City. The Peacekeepers are an integral part of managing control, with their military presence creating a sense of law and order.

Peacekeepers believe in an orderly world, as the fight against the renegades and infected thrive in chaos. However, the strictness of their commands is something you’ll feel, even bleeding into propaganda. It’ll be a philosophy you need to tackle as you explore the world of Dying Light. You can check out the Peacekeepers and the world of The City in the recent episode of Dying 2 Know More below. You can explore Dying Light 2: Stay Human’s new world when the game releases for PC via Steam and the Epic Games Store on February 4.