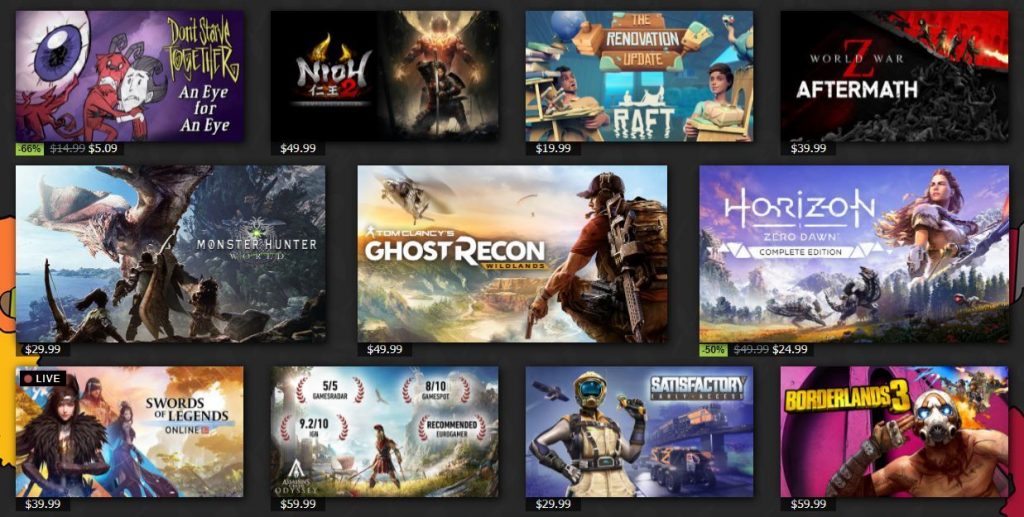 It’s the most wonderful time of the year. Well, for Steam users at least. The Steam Store’s 2021 Autumn Sale went live earlier today, bringing discounts on games for Black Friday week. It’s chock full of all sorts of deals that are sure to make your wallet quiver in fear. But any deals that you’ve got your eye on will have to be snatched up pretty quickly since the sale ends on November 30. That isn’t a lot of time compared to Steam’s usual sale periods that last a couple weeks.

Steam sales usually have some kind of theme that gives you a hint of what to expect. For example, the previous Halloween sale had a large focus on horror games. But that’s not much good if you don’t like scary games, is it? Well, this time, you can find massive discounts on games from all sorts of different genres — from RPGs to sports, fighting games, and even more. No matter what kind of gamer you happen to be, you’re sure to find some solid deals here.

Some stand-out games we recommend

These end-of-year sales are ample opportunities to catch up on the biggest games of the year. For Black Friday week, the Steam store’s 2021 Autumn Sale is no different. Capcom’s Resident Evil Village has had its price slashed by a whopping 35% , coming in at $35.99 USD. It’s a fantastic deal on one of the year’s best horror titles. For those who want a fresh horror experience, Tormented Souls, the indie title from Dual Effect is currently 15% off.

Some newer titles have also been made a little cheaper too. New World has had its price cut down by 25%. That game had a pretty rough launch, but if you were interested in trying it out, now is the best time. Marvel’s Guardians of the Galaxy has also had a massive price drop. Now, you can get the game for 35% cheaper at $35.99 USD. This is a great deal for one of this year’s sleeper hits. You can also nab Deathloop for 50% off at $29.99 USD.

Once the Steam Autumn Sale ends, it’s only a short wait before the next one begins. The Steam Winter Sale will start on December 22, and ends January 5, 2022.