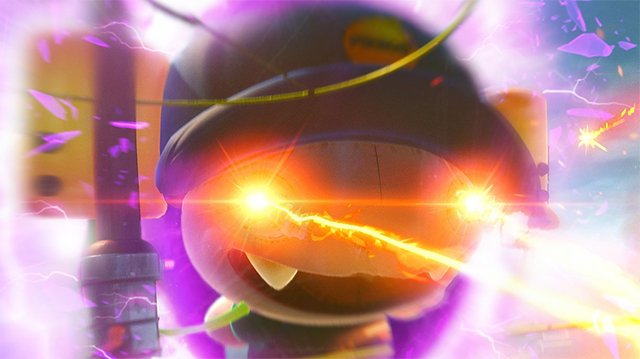 Insomniac Games’ Sunset Overdrive originally came out in 2014 for the Xbox One and in 2018 on PC, but it never came to PlayStation systems. But given a few cheeky tweets, that might be changing. The Sunset Overdrive Twitter account breathed its first breath since 2018, which prompted a response from the official PlayStation Twitter account. While it might just be an innocent crossover, this has led some to believe that a remaster of the first game, a sequel, or both are coming to the PS5 (and possibly the PS4, too, given recent trends) in the near future.

Fizzie, the soda-infused mascot from Sunset Overdrive, tweeted its first tweet since November 22, 2018 by just saying “What the heck. Did anybody hear that?” Insomniac Games then tweeted about Sunset Overdrive, showing Fizzie coming a purple rift; the same purple rifts in Ratchet and Clank: Rift Apart. This is also a part of the Ratchet, Rivet, and Clank takeover of the Insomniac Games account where the studio is tweeting as though they are the three characters. While already quite a coincidence, the PlayStation Twitter quote tweeted one of those tweets with some googly eyes.

All of this seems to point to something related to Sunset Overdrive coming in the future. Ratchet and Clank: Rift Apart is coming out on Friday so it’s possible that it could be some sort of crossover. However, some are thinking that it is hinting at a sequel or remaster of the first game and not just some cheeky online collaboration.

There’s an alleged leak from earlier this year that claims both are coming. This leak in question says that Sunset Overdrive: Refreshed Edition, an updated version of that 2014 original, is coming to the PS4 and PS5 later this fall. The same leak also lists that Sunset Apocalypse, a PS5 exclusive sequel, is also coming at some point in the future.

Sony also registered a Sunset Overdrive trademark. This came after Sony’s Shuhei Yoshida affirmed that Sony does own the Sunset Overdrive IP now after buying the studio in 2019. Nothing has been confirmed — Insomniac also tweeted about Sly Cooper being in the game and it’s unlikely another one of those is coming anytime soon — but it sure sounds like something is coming.