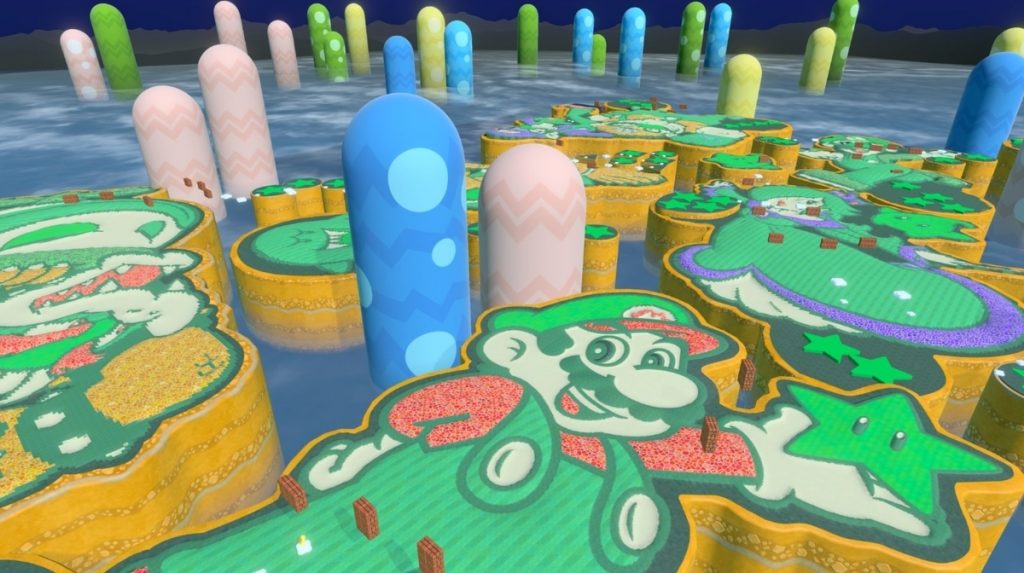 Mario Golf: Super Rush teed off with enough of the good stuff to earn itself a Recommended badge back in June, but its launch line-up was bolstered with a free update in August – introducing Toadette, a New Donk City course, and more – and continued to expand in September, adding Koopa Troopa and Ninji as playable characters, Blustery Basin and Spiky Palms as new stages, alongside various other tweaks and improvements.

All of which brings us to November and the advent of Super Rush’s third and final post-launch content update. Version 4.0.0, as this latest release is known, features two new playable characters – Wiggler and Shy Guy (power-type and balanced characters, respectively) – plus two new courses, Shelltop Sanctuary and All-Star Summit.

Shelltop Sanctuary, “where Cheep Cheeps fly to and fro”, is an 18-hole course consisting solely of Par 3 holes, while All-Star Summit features illustrations of Mario and friends as its motif. It promises brick blocks, traversal clouds, plus bunker and green design unlike any other Super Rush course, “so you can enjoy employing a different kind of strategy”.

That’s not quite it either; update 4.0.0 also adds the new Target Golf mode – in which players take turns to tee-off a total of five balls toward a circular target, competing for the highest score – plus One-On, One-Putt mode. The latter has been added to Solo Score Challenge, requiring players to hit the green on the first swing and then putt into the cup on the second swing.

Rounding out the update are a selection of game balance adjustments, quality of life improvements, and bug fixes, as detailed in the latest patch notes. Mario Golf: Super Rush’s final free content update is available to download now.