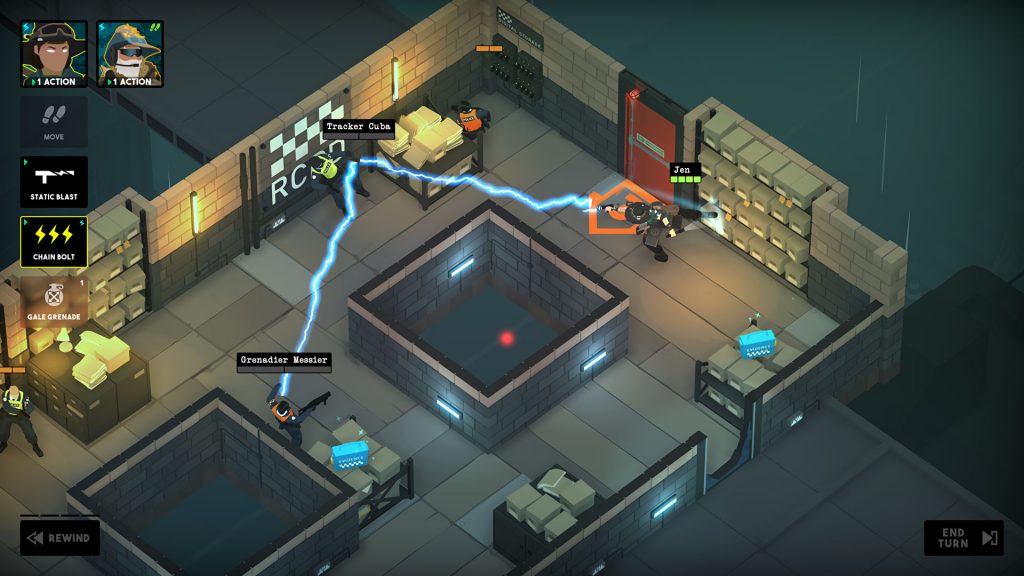 Turn-based spell slinging game Tactical Breach Wizards is summoning another beta test that you may be able to get yourself access to. Even if you don’t, there’s a nice chunk of updated tactical magic fights to see in the new trailer. I still rather enjoy the slapstick quality of wizards who, armed with all sorts of magical spells, will result to hurling baddies out of windows. It’s looking neat as ever.


The developers of Suspicious Developments describe Tactical Breach Wizards as a “small-scale, turn-based tactics game where you play a team of wizards in modern-day tactical gear, breaching and clearing rooms full of armed hostiles by making clever use of interesting spells.”


I’ve had my eye on TacWiz for a bit now because it honestly looks like a good laugh. I may not be a fantastic tactitian, but I really enjoy turn-based tactical puzzles. Especially if I can chuck people out of windows. There’s a good bit of all of the above in a new developer playthrough video just here.


You can spot quite a few things in the new trailer that, by my memory, we’d not seen in TacWiz yet. There’s the level end screen, for one, which tracks several metrics about your tactical efforts in each level. Completion time and turns taken are to be expected. To my delight, it also has a defenestration counter. A single window toss apparently ranks as “clean” based on what’s shown in the new video. I’d like to know what kind of assessment you get for excessive defenestration though.


You also get to see a bit of dialogue between tactical wizards Jen and Zan afterwards. After that, you can spend points on leveling up your different skills. Jen can increase the number of targets she hits with her chain bolt spell, for instance, or simply buff up her health or movement range. Zan, for his part, can unlock a nifty ability that lets him take a free shot at at any enemy a teammate uses their standard attack on.


You can try to get in on the witch tactics yourself right now. Suspicious Developments are running another limited entry beta test through Steam. All you have to do to get your name on the list is click the handy “request access” button on the game’s store page. The developers say they’re planning to let in about 1,000 randomly chosen testers between now and May 26th. The rest of the details are over in their post.


Tactical Breach Wizards has been in the works for a bit now but doesn’t have a release date just yet. It will launch “when it’s ready”.

Disclosure: the developer voice in that there video belongs to Tom Francis, who has written for RPS.