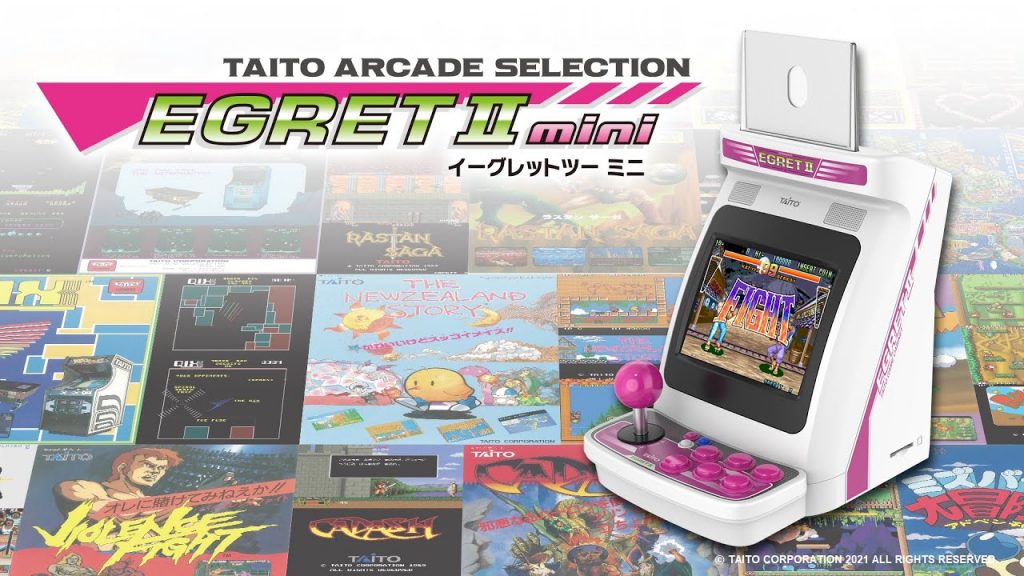 The Taito EGRET II Mini comes hot on the heels of Sega’s somewhat similar-looking Astro City Mini machine and gives people with tiny, tiny hands the ability to uncomfortably get down with 50 classic Taito arcade titles. 40 as-yet-unconfirmed games will be bundled with the system at launch, with a further 10 being sold on SD card in an expansion pack, complete with a trackball and paddle controller.

The EGRET II Mini has some pretty cool features, such as the ability to flip the screen from landscape to portrait and switch the built-in stick from 4-way to 8-way functionality. Control pads (sold separately) can be connected to the machine for those who have normal-sized hands, and an HDMI-out port means that you won’t need to squint.

In terms of bundled games, the official trailer for the device shows the likes of Cadash, The New Zealand Story, Violence Fight, and Rastan Saga, but a full list has yet to be revealed.