Talking Point: If Nintendo Released Them, Would You Play Virtual Boy Games In 2021? 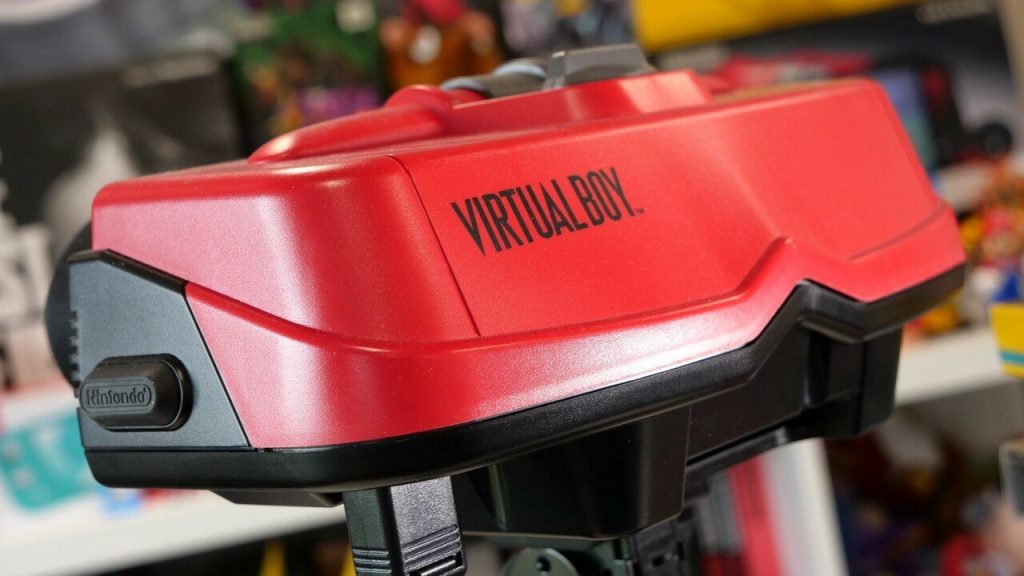 Nintendo’s Virtual Boy was an inarguably strange system, although mentioning its name can elicit markedly different responses. To many, the little tabletop non-HMD is little more than a punchline; a hilarious blink-and-you’ll-miss-it example of Nintendo toying with an idea that was sabotaged from the off by hopelessly inadequate component technology. For others, this black and red 32-bit experiment was a brave failure and a console curio that still elicits pangs of retro-futuristic nostalgia and hardware fetishism.

For European Nintendo fans, it’s arguably become more than a mere retro gaming oddity. The Virtual Boy is an enigma — a Nintendo console we heard about but never experienced firsthand. Of course, many Japanese and North American gamers will joke that we dodged a bullet on that one, but the console’s history and small library of just 22 games still has an attraction for fans who never got the chance to see just how ‘bad’ it really was. It’s still a Nintendo product, and however much the company dropped the ball, there must be something interesting about such a quirky console.

And yes, there are some gems in the Virtual Boy’s slender library, although few people will have played them. Nintendo has had a couple of opportunities to showcase them, though.

The arrival of the 3DS felt like the perfect opportunity to let everyone in on the ‘secret’, and a little compilation of the best Virtual Boy games would have given a new generation a taste of a console that could be generously described as ahead of its time — or at least ahead of the affordable consumer tech needed to make it a success. Even in territories where Virtual Boy did see the light of day, it sold so poorly that many players won’t have had the chance to sample games like Teleroboxer or the excellent Virtual Boy Wario Land. So, a couple of ports (or even separate series along the lines of the excellent 3D Classics) on a successful handheld console which features in-built glasses-free autostereoscopic 3D seems like a no-brainer, right? Right? Apparently not, because a 3DS Virtual Boy compilation never materialised.

Then we got a little Easter Egg in the Labo VR Kit — another ‘crazy’ Nintendo experiment — and we dared to dream it might indicate a little compilation release. Nothing major, just a nod to Nintendo’s VR history. But no, not a bean.

To say that Nintendo has ignored the system and its library completely wouldn’t be quite true; it’s been mentioned it on social media, and the Virtual Boo in Luigi’s Mansion 3 was a fantastic tribute to the 25-year-old console. Not that you could play games on it — perhaps that was one horror too far for a family friendly fright fest.

We jest! The whole point is we really want to be able to play these games again, remember?! In recent times we’ve seen fans take the situation into their own hands, from console mods that output to a television to full emulation using modern day VR headsets like the Oculus Rift. It’s heartening to see fans enabling access to these retro treasures that are otherwise locked away, but how we’d love to see Nintendo itself put out something official. Enough time has passed; we’ve seen the company go up and down and up again on the console rollercoaster several times since the mid-’90s — surely it’s the perfect time to tap into the ’90s nostalgia.

So how could Nintendo make VB software accessible again? Well, the ship has sailed on any sort of 3DS release, but Nintendo Switch Online feels like an ideal place to showcase these games. Sure, we’re still waiting for N64 games to appear, not to mention Game Boy, GBA and more — plus further additions to the existing libraries — but a Virtual Boy package featuring Mario Clash, Mario Tennis and the other Nintendo-published exclusives would be such a treat for longtime retro fans and enthusiasts. Throw in some Labo VR support for a more ‘authentic’ experience and we’ve come the full circle on weird Nintendo-ass experiments.

We’d jump at the chance to revisit this intriguing period of the company’s history. Would you? Let us know in the poll below.

Reckon these ‘forgotten’ games should remain where they are and that we’re barking mad to want access to them? Which Virtual Boy games would you fire up if they were on Switch? Let us know below.