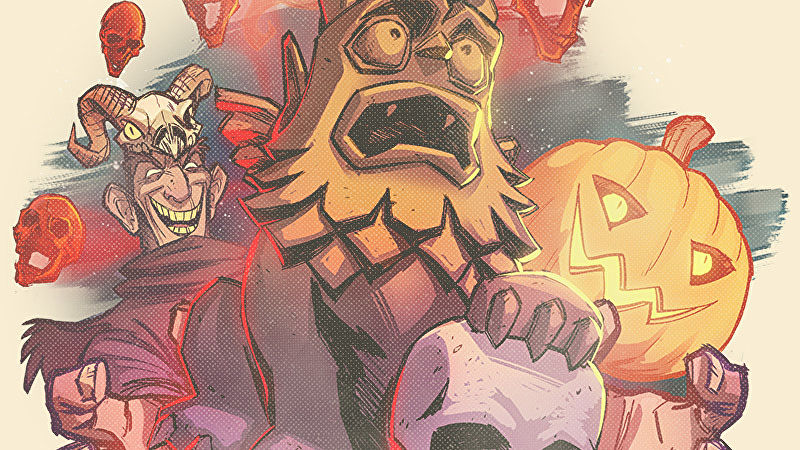 Team Fortress 2 launched its Halloween update last week. Scream Fortress XIII adds new maps, cosmetics, taunts and contracts, amongst a lot else. One of the additions has caused a stir, however.

The “Corpse Carrier” is a cosmetic item wearable by Scouts that makes the speedster look as if he’s carrying his own severed torso. It’s a nightmare for snipers for obvious reasons, but it was initially easy to obtain and wearable all year round. Valve have since changed both of those things – and in turn, created a new, highly valuable item within TF2’s trading marketplace.

You can read about all of the Halloween update’s additions here. The Corpse Carrier was initially included in the Crimson Cache Collection, one of 20 items you could find inside the Crimson Cache Case. Cases drop regularly during play and can be cheaply unlocked.

After realising that the Corpse Carrier was perhaps more disruptive to regular play than intended, Valve made it one of the Crimson Cache Case bonus items. That means it’s random and unpredictable whether you’ll receive it when opening a case, and its drop rate is rare. In the same minor update, Valve made it so the item could only be worn during Halloween and full moons.

As an apology for changing an item that players paid for, TF2 customer support gifted Corpse Carrier owners another random item from the Crimson Cache Collection.

The knock-on effect of this is that a small number of people managed to buy a Corpse Carrier when it was common and cost pennies or cents. Now they’re rare. At the time of writing, their median price on the Team Fortress 2 community marketplace is £33.41. It peaked at over £44 earlier today. That makes it more expensive than many of the rarest items in the game.

I previously thought of the Team Fortress 2 marketplace as a strange place, a fun oddity, where prices fluctuate like any other marketplace and people can make substantial money from buying silly hats. Then NFTs came along and everyone started spending megabucks on terrible JPGs. Dumping all my money into hats now seems relatively sane.