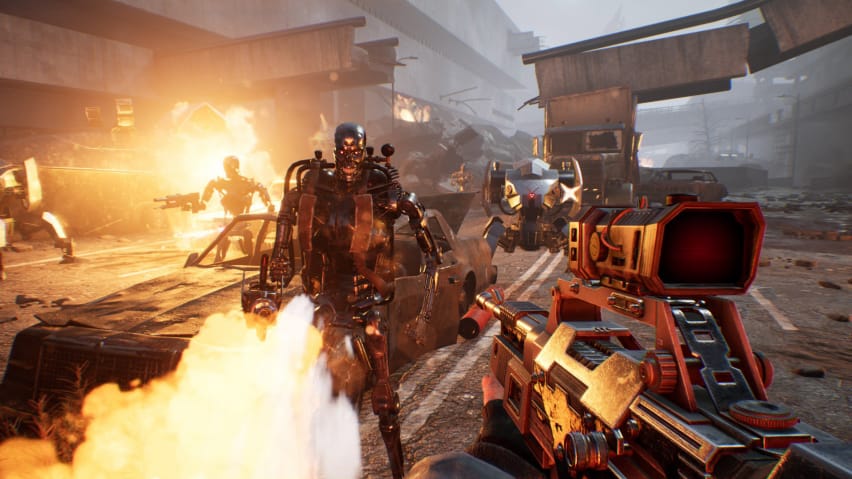 It’s time to terminate some more terminators in the newly-announced Terminator: Resistance DLC. In Annihilation Line, players will play throw a new narrative DLC campaign that will be available on December 10th for PC and PlayStation 5 where they will be led by Kyle Reese on orders from John Connor himself.

This leads into the newest bit of Terminator: Resistance DLC. In Annihilation Line, players will be assisting in an investigation in Northridge Outpost, a settlement that has suddenly, and mysteriously gone silent  No one knows if its the work of Skynet, a plague, a new force, or if the civilians are still alive, so you and a small team of Resistance soldiers led by Kyle Reese have go into the land beyond the fabled Annihilation Line to discover what’s happened.

The DLC campaign will have four hours of new content and you’ll be able to meet other characters that are exclusive to the Terminator: Resistance DLC. You’ll even be able to play through the famous battle scene in Terminator showing off the future war. There’s also new weapons available and enemies such as the T-600 and HK Centurion to fight, which is pretty cool.