The Ascent is a co-op cyberpunk shooter that pops 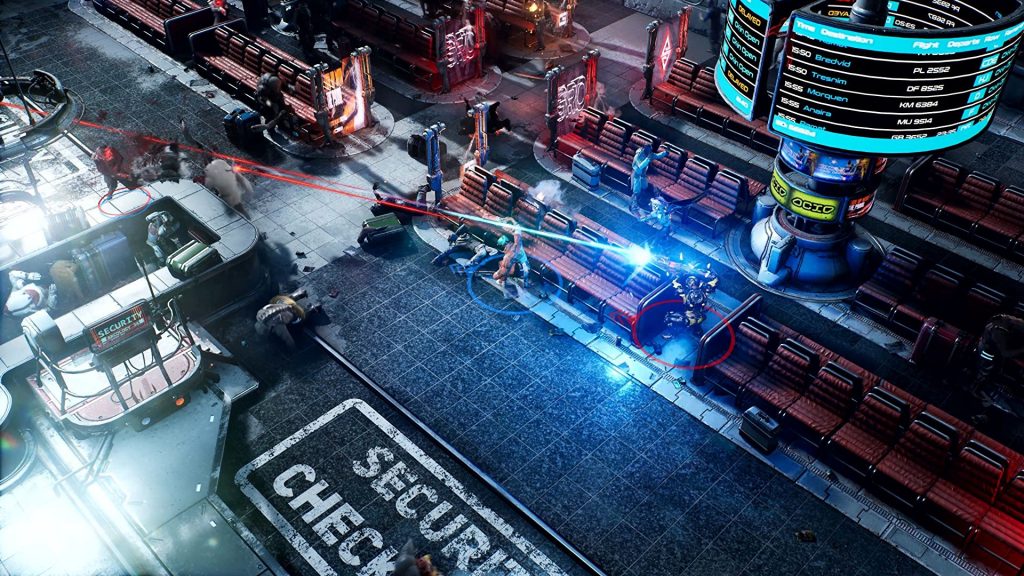 It’s rare that I’m impressed by graphics anymore, but The Ascent’s recent trailer had me stepping through it frame-by-frame just so I could squint at the details. It’s a co-op, topdown shooter set in a cyberpunk world, and it bangs, fizzes, smokes, and glistens in pleasing ways.

The Ascent has a seemingly typical cyberpunk world. A mega corp owns everything and everyone, the game takes place in an arcology made out of dirty metal and neon lights, and the society’s class structure is represented literally by the metropolis’s lower and upper floors. When the megacorp mysteriously shuts down one day, the world descends into chaos, and I guess you aim to fix that by causing more.

I’m more interested in the game’s pitch as a shooter that can be played alone or with up to three pals, in which you can customise characters with cyberware and assign them skill points. All of the footage above is co-operative, and hopefully there’s more to the teamwork than just sharing shields.

And I’m even more interested in how The Ascent looks, particularly its visual effects. The blue, fizzy wobble of those force fields and the way they flicker when running out of juice, for example. Or the explosions, which chew up the floor, rattle the screen and leave behind a drifting ring of smoke. Or just the way every light source bounces off surfaces, illuminating corridors with each laser blast.

All of this is nice to look at, but a lot of it is also helping to make the action seem exciting. There’s real punch to it – particularly when punching an enemy at one point seems to cause one of the explosions.

I look forward to giving this a go. The Ascent is due out later this year via Steam.