Home » The best Call of Duty: Vanguard settings for performance on PC

The best Call of Duty: Vanguard settings for performance on PC 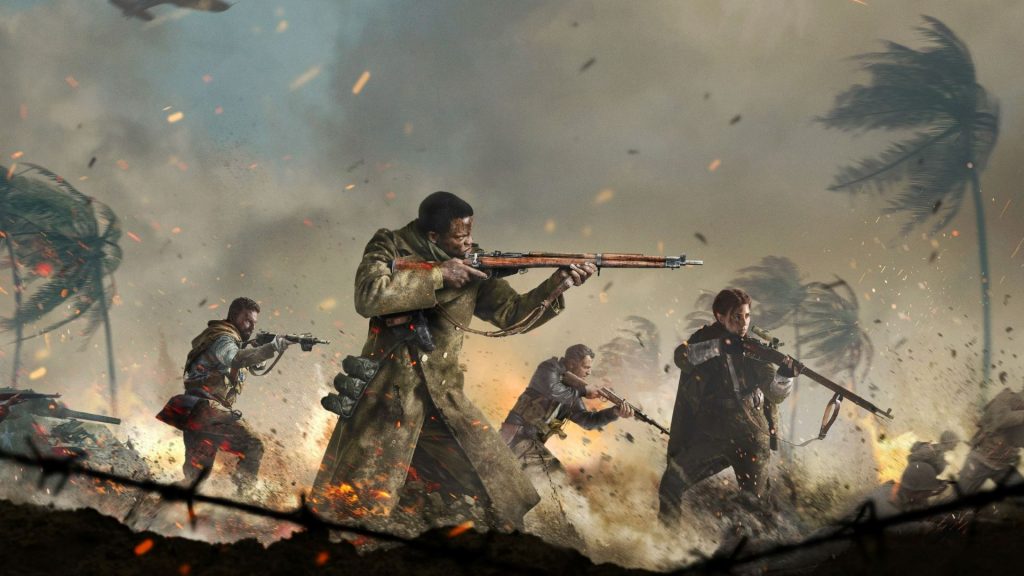 Call of Duty: Vanguard has finally arrived, and Sledgehammer’s latest FPS foray takes quite a different approach from its predecessors. Yet, despite its ambitions, it’s still a first-person shooter, so you’ll want to tweak the game’s settings to ensure your rig is ready for battle.

Thankfully, you won’t need one of the best graphics cards to join the Call of Duty: Vanguard fold, as the game’s optimisation should help gaming PCs, both old and new, get in on the action. That said, if you want to boost fps and maintain decent visuals, tweaking the shooter’s settings allows you to pick your performance battles and bolster your overall experience.

If you’re still looking for a copy of Call of Duty Vanguard, you can grab the World War II inspired shooter over at Battle.net. Unfortunately, the game isn’t available on Steam or Xbox Game Pass, but this could change in the future.

In case you missed the Call of Duty: Vanguard system requirements the first time around, here’s a quick rundown of what you’ll need to get you up to speed:

Vanguard’s settings include an arsenal of individual settings, but before you dive in, you might want to try one of the game’s five presets. Ranging from lowest to ultra, these blanket options should provide you with a solid baseline as a starting point. If in doubt, we’d recommend trying out the high preset first paired with the native resolution of your gaming monitor.

Comparatively, opting for Vanguard’s high preset results in a 16% increase in frame rate compared to medium, while bumping things up to epic comes with a less noticeable 5% fps drop. Naturally, the game’s lowest and low settings facilitate more frames, with gains of up to 22% compared to high, but subsequent visual compromises leave a lot to be desired.

Call of Duty: Vanguard is packed full of textures, shadows, and lighting effects, making it one of the most stylish shooters on the market. So, while cranking down settings can furnish you with a higher fps count, it’s important to consider its worth the fidelity trade-off. Put it this way, traversing foliage on the lowest settings brings new meaning to the expression “can’t see the forest for the trees”, while NPC faces morph into uncanny eldritch nightmares. Don’t think this will give you a competitive advantage, though. The foliage is very much still there, just infinitely harder to distinguish. 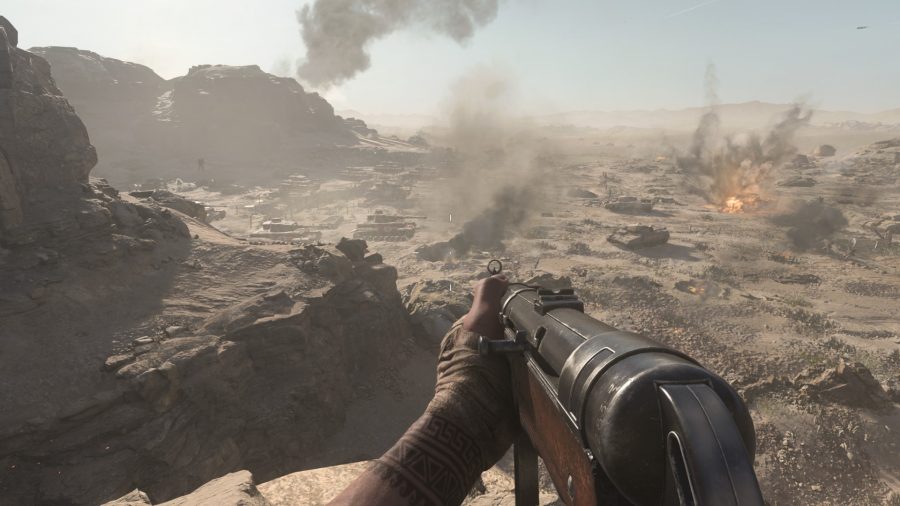 Tweaking Vanguard’s texture quality can aid performance, but only if you’re willing to sacrifice the game’s visuals completely. While the lowest texture settings yield an 18% fps increase, there’s only a 5% difference between low, medium, and high. Therefore, unless your PC is struggling, we’d recommend leaving the game’s textures alone.

Reducing shadow quality to its lowest results in a 24% fps boost, while switching things from ultra to high can provide an 8% increase. Naturally, if you’ve got a rickety old rig that needs all the help it can get, you’ll want to reduce shadow quality. However, if you’re rocking something more substantial, like an RTX 3000 series card, setting shadow resolution to high should produce balanced results. 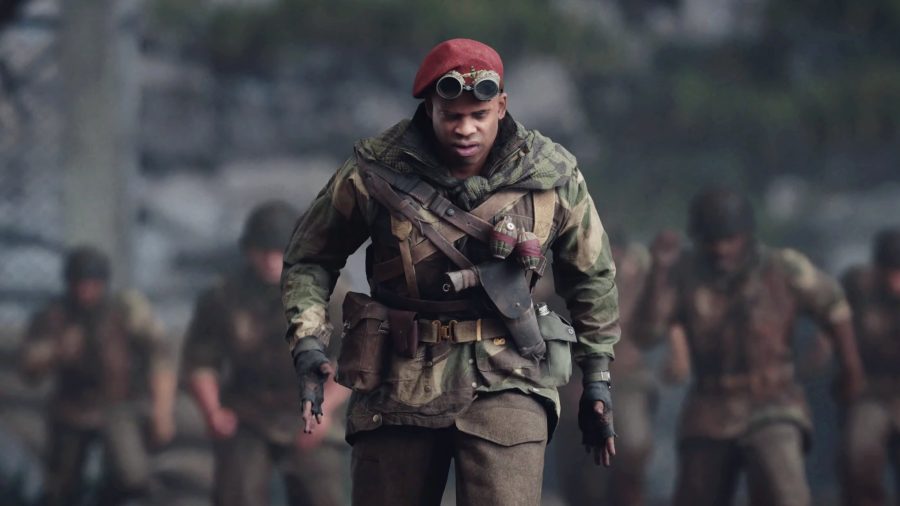 Call of Duty: Vanguard comes equipped with VSync and a frame limiter, both of which can alleviate frantic fps counts and screen tearing. Thankfully, we didn’t encounter any issues that would require these settings during testing, so to avoid any additional issues linked to both settings; you might want to keep them switched off.

Switching Anti-Aliasing off in Vanguard isn’t an option, but you’ll want to ensure that the game is using regular TAA, as the filmic option acts as a blurry filter. There’s also a filmic strength slider that you’ll want to set to zero, as it could add gain and noise to your visuals.

Striking a balance between visuals and performance using settings adjustments alone isn’t easy, but Vanguard’s inclusion of DLSS means you can boost fps with minimal compromise. During our tests, Nvidia’s ‘performance mode’ AI upscaling increased the games frame rate by a staggering 25%, while its balanced and quality settings reduced fps yield to around 15%. 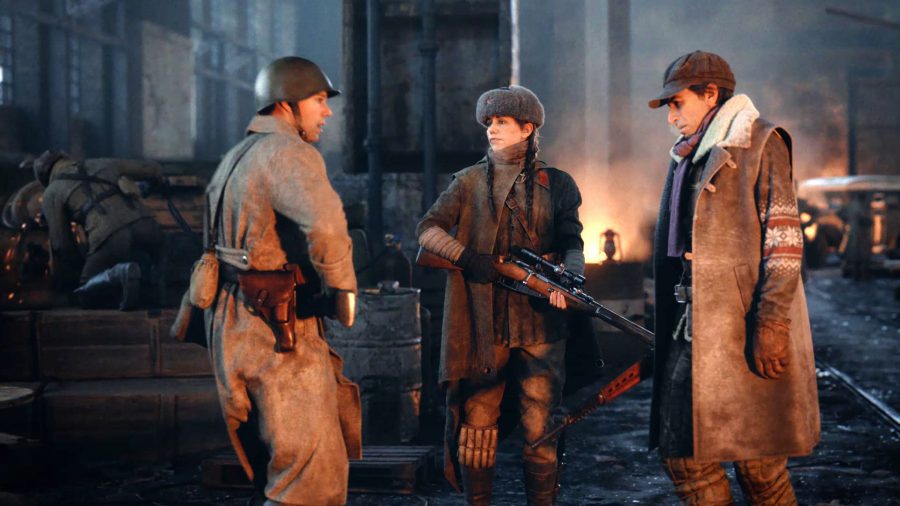 In addition to the game’s numerous graphical and gameplay options, Vanguard also includes a dedicated accessibility section. This filtered settings menu isolates specific adjustments like field of view, camera movement, and motion blur, which could help prevent motion sickness and other conditions.

Like Call of Duty: Black Ops Cold War, Vanguard also features colour filters to assist colourblind players. However, these settings arguably go beyond accessibility filters included in other games, as you can assign specific colours to represent you, other team members, party members and enemies.

Vanguard has a few options in terms of text settings, including text chat sound feedback, text chat size, and menu opacity. Unlike Turtle Rock’s Back 4 Blood, the game doesn’t include text-to-speech, something that feels like a missed opportunity when it comes to accessibility features. 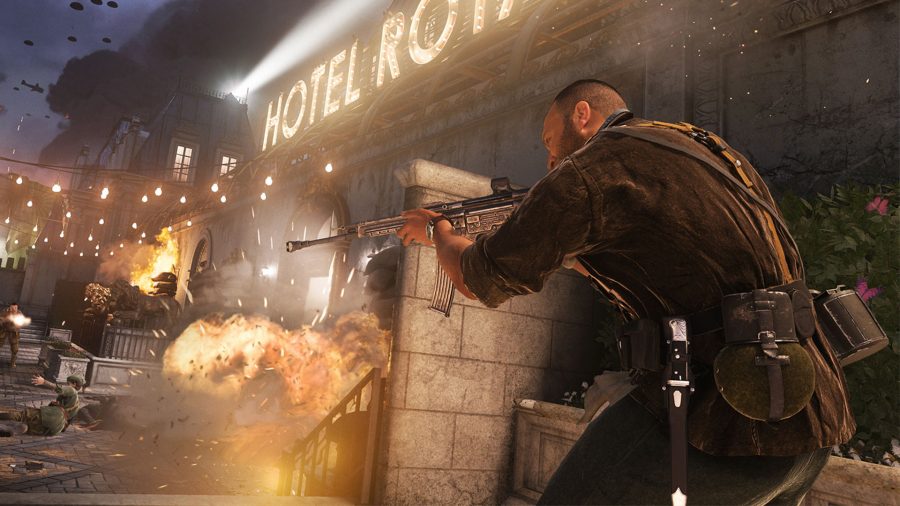 Call of Duty: Vanguard’s open-beta featured some bugs, including significant server and audio issues, but we didn’t experience any quirks while testing the release version. That said, some players are reportedly experiencing freezing and crashing issues, so here are a few fixes you can try to help you join the fold:

If the game is still crashing, you might want to try using the Scan and Repair function within Vanguard’s launch menu. Here’s how you can access the feature: 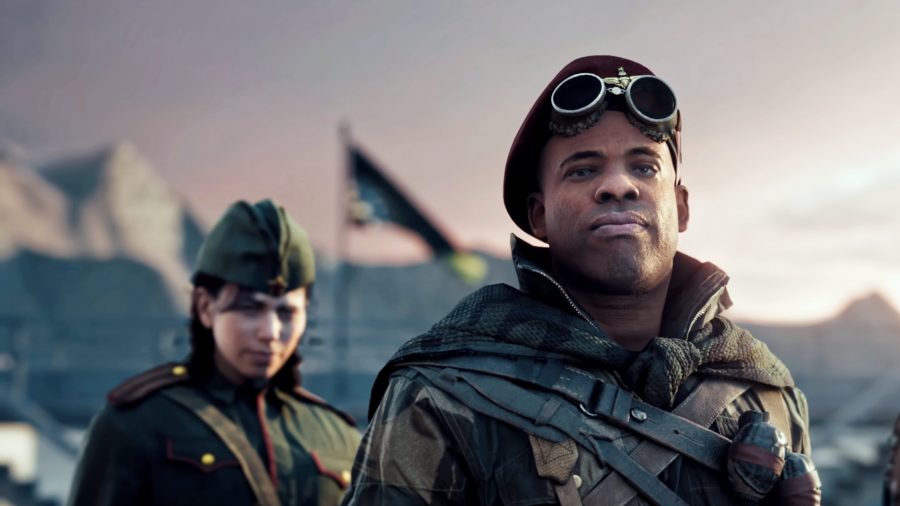 Ultimately, Call of Duty: Vanguard is well-optimised and should run reliably on your PC or gaming laptop. While older systems will rely on reduced settings, especially if you’re rocking a rig with the game’s minimum system requirements, tools like DLSS make it possible to enjoy Sledgehammer’s latest FPS game with less compromise.