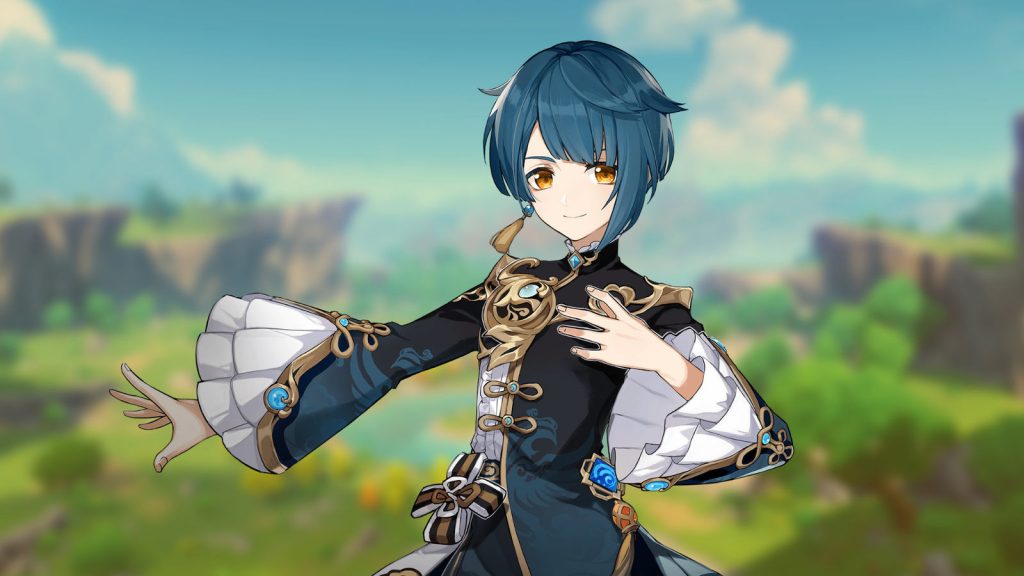 Want to learn how to create the best Xingqiu build in Genshin Impact? Meek and nerdy on the outside and mischievous on the inside, Xingqiu is an incredibly unlikely pick for one of Genshin’s best characters, but somehow, he’s near the top of our list. I guess all of Xingqiu’s reading about heroes must have paid off — despite his 4-star rarity, this Hydro Sword user will absolutely dominate in battle as a sub-DPS character when built well.

Worried about that last part? Don’t worry, we’ve got your back. This guide will show you how to create the best Xingqiu build in Genshin Impact. Below we’ll cover everything you need to know about Xingqiu, including wishing, weapons, artifacts, ascension materials, talents, abilities, and constellations.

You’ll be relying on Xingqiu’s Elemental Skill a lot, which makes Sacrificial Sword his perfect weapon, as it comes with a 40% chance of ending your Skill’s cooldown. Festering Desire is also a great option, increasing Energy Recharge and boosting your Skill’s DMG and CRIT Rate. At 4-star rarity, these two swords are perfectly obtainable options for Xingqiu, though if you’re looking to go the extra mile with an extra spiffy sword, Skyward Blade will also work wonders by increasing CRIT Rate and providing buffs upon using your Burst.

Like many of Genshin’s sub-DPS fighters, Xingqiu’s best artifacts depend on what abilities you’re using the most. If you’re going to rely on his Elemental Burst, using a 4-piece Emblem of Severed Fate set will increase your Energy Recharge by 20% and increase your Elemental Burst DMG by 25% of your Energy Recharge. Otherwise, if you’re prioritizing Xingqiu’s Elemental Skill (or using his abilities equally), you’ll want to stick with a 2-piece Noblesse Oblige and 2-piece Heart of Depth set — when combined, these two nifty sets will leave your Xingqiu with a 20% Elemental Burst DMG and a 15% Hydro DMG Bonus.

For Xingqiu’s artifacts, you’re going to want to prioritize the Energy Recharge, ATK%, and Hydro DMG Bonus stats and substats. Having a nice balance of CRIT Rate and CRIT DMG can help, too, though your priority should be Energy Recharge.

Varunada Lazurite and Cleansing Hearts can be picked up by defeating the Oceanid (other bosses like the Hydro Hypostasis also drop Varunada Lazurite, though they won’t drop Cleansing Hearts, which are exclusive to the Oceanid). Silk Flowers can be picked around Liyue, especially within nooks and crannies of Liyue Harbor. Finally, ascending Xingqiu will require fighting lots of Hilichurls around Teyvat, as these guys will drop Masks.

You’ll need to kill even more Hilichurls for Xingqiu’s talents, though the rest of his talent materials differ from his ascension materials. To get Gold books, head to the Taishan Mansion domain on Mondays, Thursdays, and Sundays. Tails of Boreas can be obtained by defeating Andrius in the Wolf of the North Challenge. Finally, Crowns of Insight can be obtained through limited-time events or by making offerings to the Frostbearing Tree and the Sacred Sakura.

When selecting which talents to level, prioritize Xingqiu’s Elemental Burst first and then his Elemental Skill. Xingqiu’s Skill can also lend impressive buffs that allow you to one-shot bosses, so if you’re looking to show off, think about prioritizing his Skill over his Burst. Regardless, you’re going to want to hold off on leveling his Normal Attack, as this has weak base DMG and won’t be very useful. Here’s everything Xingqiu has in store:

If you’re using Xingqiu mainly for Elemental Reactions, he’ll be fine at Constellation 0, as he’s only there to apply the Hydro element. However, if you’re expecting him to do damage, we’d recommend getting him to at least Constellation 2, which massively buffs his Elemental Burst. Here’s everything Xingqiu’s Constellations have in store:

You’ll likely be using Xingqiu’s Hydro powers frequently, giving you the opportunity to stir up some trouble with Elemental Reactions. Because Cryo and Hydro create the Frozen reaction, which is one of Genshin’s best, Xingqiu is great on a team with Cryo characters such as Eula, Ayaka, or his buddy Chongyun — just be wary of the fact that Xingqiu’s Rain Swords grant him the Wet status, meaning he’ll be susceptible to the Frozen reaction as well.

Xingqiu is also great alongside any Pyro character like Hu Tao, Klee, or Diluc, all of which will provide the Vaporize reaction by mixing their Pyro attacks with Xingqiu’s Hydro attacks.

How to get Xingqiu in Genshin Impact

If you’re planning on wishing for Xingqiu, check out our guide on getting characters to learn the best ways to prep, or our codes list to get some free Primogems!

That’s all the info we’ve got on Xingqiu! Why not check out our character tier list to see which other characters are good to wish for?