The best roguelike games and roguelites on PC 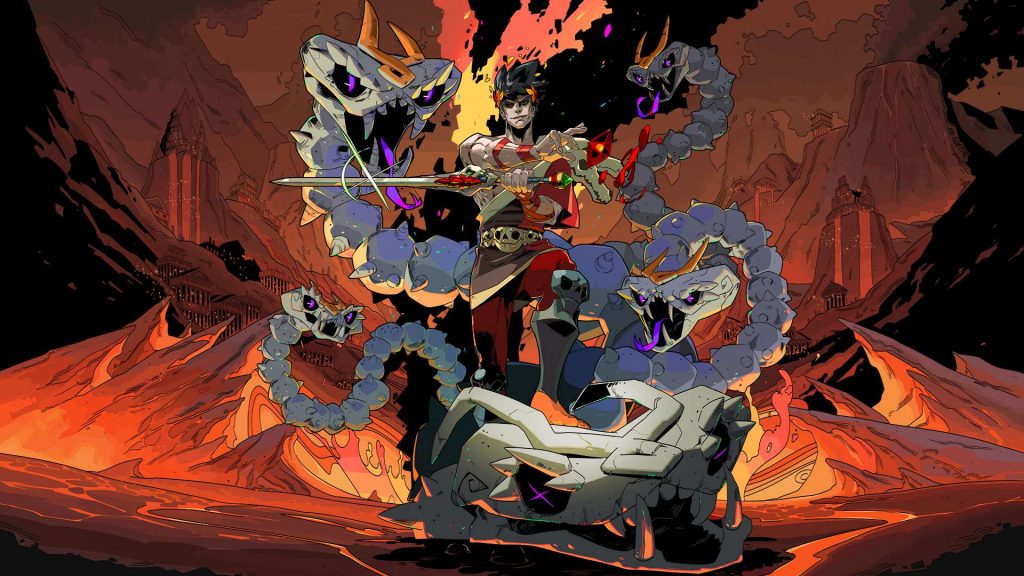 The roguelike is just as varied and increasingly approachable a genre as any other. Its popularity has erupted over the last decade, to the point where a new, promising, and often hard-as-nails roguelike game now seems to land every other week. To help you work out which are the crème de la crop, we’ve put together this here list of the best roguelike games on PC.

The finest roguelikes retain their popularity for years after release, so you should expect to see a healthy mix of classics and newcomers among our picks. And while roguelike games are renowned for their hardcore nature, we continue to see developers attempt to open the genre up to new players and create novel hybrids, like strategy roguelikes, shooter roguelikes, and card battler roguelikes.

Plus, know that we’re not going to split hairs here over what’s a roguelike and what’s a roguelite – we just want to share some of our all-time favourites with you lot, our lovely readers. So, without further delay, here are the best roguelike games on PC.

Here are the best roguelike games on PC:

The Binding of Isaac

Developer Edmund McMillen’s The Binding of Isaac reinvigorated the roguelike genre when it arrived on the scene almost a decade ago. Plenty of flashier, more modern roguelike games have come along in the time since then, but there’s still nothing quite like it.

If you’re brave: Check out our list of the best horror games on PC

It remains unflinching in its depiction of Isaac’s dire situation. In fact, the game sits comfortably in the realm of horror as you cry your way through its repellent world and encounter Isaac’s many demons, including his own mother. Ultimately, its enduring popularity is a testament to both its elegant design and singular personality.

Darkest Dungeon is misery incarnate. Visually oppressive, brutally difficult, and bleak in the extreme, never has such a moreish game made you feel quite so bad. It succeeds at holding you in a constant state of anxiety as you delve deeper into its dungeons in search of trinkets and gold.

Overcoming each dungeon’s grim inhabitants in turn-based combat is one thing, but you also have to consider that your party members aren’t thoughtless meat shields. The physical and mental toil of your expeditions will inevitably take its toll on them, and this is what gives Darkest Dungeon its bite. The very real nightmare of contracting a foul disease or seeing a friend wounded – or worse – can cause any adventurer to spiral towards an early grave. It’s therefore imperative that you carefully assess your every move.

It’s hard to imagine anyone not being immediately hooked by Dead Cells’ bloody hack ‘n’ slash action and break-neck pace. As a deathless (not to mention headless) science experiment, you break free of your prison cell and set about ripping and tearing your way through an expansive castle, from the dungeons below to the towers above.

The game allows you to carry certain upgrades across runs, making you feel a constant sense of progression. As a result, being sent back to square one after a particularly messy boss fight doesn’t carry the same sting as it might in other roguelike games, and makes starting a new run even more tempting. That’s not to say that Dead Cells is a walk in the park – it will still kick your butt on the regular – but removing the pressure of losing it all makes for a less daunting experience. It also helps that the game’s post-launch support has been nothing short of exceptional.

Don’t Starve is a sharp, unnerving shot of gothic horror that delights in stressing you out and causing you pain. On a basic level, it’s an isometric roguelike survival game where you’re tasked with making a life for yourself in a world that so wants you dead.

Developer Klei never seems to be short on new – and often unwelcome – surprises, and setting out to explore your surroundings is both a terrifying and alluring prospect. As cruel as its world can be, you’ll be called back time and again to have another go, to unravel its complex systems, and to see what lurks just beyond.

Downwell is a furious shotgun blast of a roguelike, boasting a confident sense of style and the fine-tuned design to back it up. It turns the 2D platform game on its head by having you dive into a seemingly bottomless, monster-packed well. Thankfully, you have a handy pair of gunboots – yes, you read that correctly – that act as your primary means of offence and traversal.

Its propulsive downwards action is immediately enjoyable, though while the game is easy to pick up and play, attaining mastery of its combat is a herculean feat. Despite this harsh level of difficulty, Downwell’s satisfying combo system, quick-fire levels, and creative final boss make it one of the best roguelike games around.

Supergiant’s latest casts you as Zagreus, son of Hades and prince of the underworld, as he does everything in his power to escape from hell itself. It’s an isometric hack ‘n’ slash where the combat is ferocious and the enemies are plentiful.

By tying together its procedural runs with a compelling plot and likeable cast of characters, Hades highlights the narrative potential of the genre’s cyclical nature. Each failed attempt results in you being resurrected in your home, the House of Hades, where your old pals and family members await their latest chat with you.

Related: Our list of the best god games on PC

Getting to know a bit more about them after every run makes death less disheartening, and when you’re out in the field, you’ll have the chance to meet and receive experimental upgrades from your Olympian relatives. These bickering deities are perhaps the real stars of the show, and their wonderful artwork and fully-voiced dialogue help bring them to life. It’s clearly one of the best story games on PC and a darn fine roguelike to boot.

Subset Games’ other roguelike, FTL, could easily have grabbed this spot, but we reckon that Into the Breach takes the lead thanks to its laser-focused design and layers of hidden depth.

It’s a turn-based strategy game where you’re faced with an army of monsters known as the Vek. The only way to counter their overwhelming attack is to enlist the help of some giant mechs. Unfortunately for you, the Vek are more than capable of taking down your squad, so you’ll have to agonise over every decision if you’re to keep them in one piece.

As you progress through the game’s islands, you’ll uncover improved weapons and pilots to help you turn the tide of war and save mankind from certain doom. Its straightforward combat won’t be off-putting for newcomers – it’s among the most approachable strategy games around – but you shouldn’t expect anything less than a stressful, though constantly rewarding, time from Into the Breach.

Slay the Spire tasks you with fighting your way up a giant tower that – no surprise – is also home to a great many monsters. Thanks to its streamlining of pre-battle faff, this one’s an ideal entry point to the single-player card battler genre. It’s also a smart roguelike that adopts elements of choose-your-own-adventure games to create a more immediate, action-oriented experience.

Check out: Our thoughts on the best PC card games

Experimenting with the potential card combos at your disposal gives each new run a fresh spin. But as great as it feels to decimate a previously insurmountable boss, you can never afford to get cocky – the spire’s branching paths hide many deadly surprises.

Despite its cutesy cartoon aesthetic, Spelunky 2 possesses the ability to infuriate and delight in equal measure. Its predecessor is arguably among the best PC games of all-time, yet it effortlessly one-ups it in every possible way by providing an incredible number of gameplay possibilities. Yes, you’re still tasked with traversing a series of hazard-filled, procedurally-generated caverns in search of treasure, but its iterative nature allows developer Mossmouth to refine the Spelunky formula to near-perfection.

You play as the daughter of the first game’s protagonist as she searches for her missing parents on the moon. In order to reach them, you have to make full use of your platforming and problem-solving abilities. The tiniest of errors can have chaotic consequences, but so much of what makes Spelunky 2 special is how flexible its systems are. It can at times feel like no two runs are the same, and as such, you’ll continue to make wonderful discoveries even after you’re dozens of hours deep.

And that’s it for our list of the best roguelike games on PC. Given the sheer number of new releases, it can be hard to stay on top of what’s worth playing. Reckon we missed your favourite roguelike games? Worry not! This list is not set in stone and can easily be added to over time. We’re just nice like that.

If you’re on the hunt for more top-tier PC titles, we’ve got great lists of the best indie games and best RPGs. To be honest, though, the above games alone could probably keep you busy for another lifetime or two.