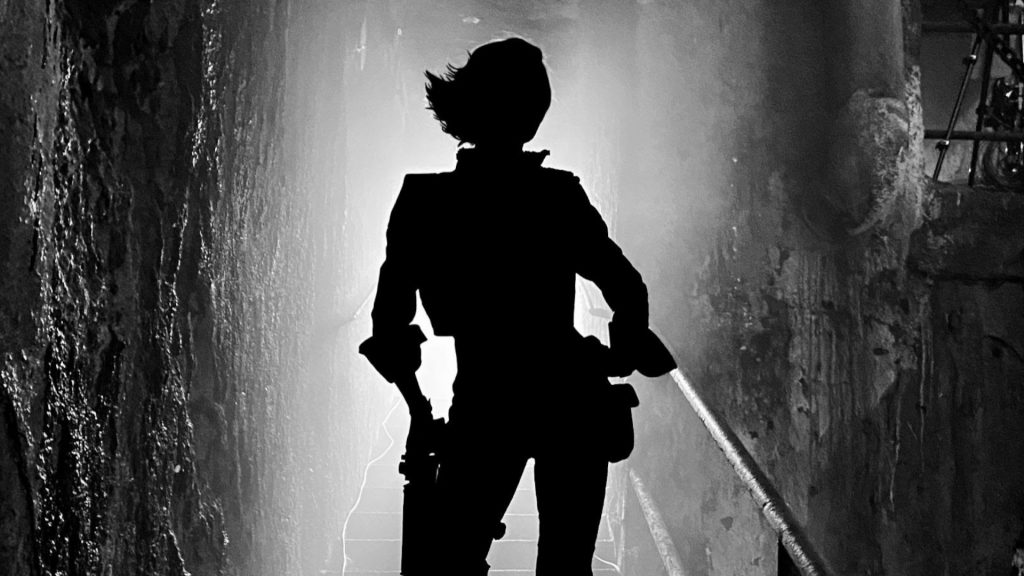 Lilith has been a major character in all the Gearbox-made Borderlands games, and she’ll be portrayed by Cate Blanchett in the Eli Roth-directed movie. The shot of Blanchett as Lilith is in silhouette but it certainly looks like the veteran Vault Hunter. Purportedly, the shot was actually taken by none other than Halloween’s Jamie Lee Curtis, who’s playing the slightly unhinged Dr. Tannis in the film.

Along with this shot of Lilith (which you can see in full below), Lionsgate has also revealed the first plot synopsis for the movie. Seemingly set some time after the events of the first game, Blanchett’s Lilith will be the main character and will find herself drawn back to Pandora “to find the missing daughter of Atlas (Edgar Ramirez).”

She pulls together a group of misfits to find the missing girl, “who may hold the key to unimaginable power.” Her group includes “Roland (Kevin Hart), once a highly respected soldier, but now desperate for redemption; Tiny Tina (Ariana Greenblatt), a feral pre-teen demolitionist; Krieg (Florian Munteanu), Tina’s musclebound, rhetorically challenged protector; Tannis (Curtis), the scientist who’s seen it all; and Claptrap (Jack Black).”

There’s been a lot of casting news about the Borderlands movie this year, from Florian Munteanu (Viktor Drago in Creed II) as Krieg to Ariana Greenblatt (young Gamora in Avengers: Infinity War) as Tiny Tina and Janina Gavankar as Commander Knoxx. Everything barring a release date, really, which is more unusual in the world of movies than it is in the games industry. 2022 or 2023, for sure, maybe.