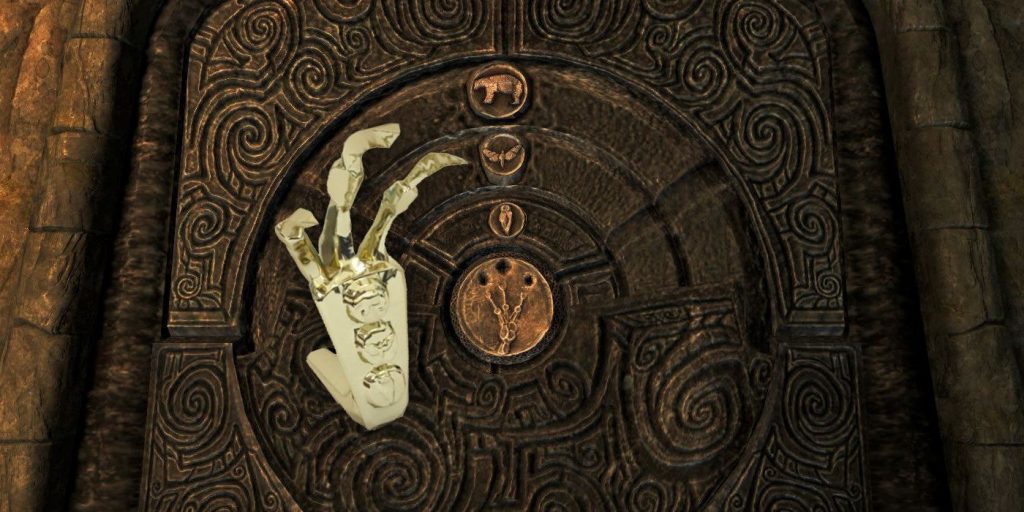 A fan shows off their replica of Skyrim’s Golden Claw on social media, causing other players to relive their experiences with the item’s questline.

A fan of The Elder Scrolls 5: Skyrim has shown off their real-life Golden Claw in a post on the Elder Scrolls subreddit, with other Skyrim enthusiasts chipping in with their experiences surrounding the item and its in-game purpose.

The Golden Claw is a quest item in Skyrim. Notably, it is the key item in a quest of the same name, considered to be the first “proper” quest of the game. Players are sent to Bleak Falls Barrow by Lucan Valerius, the owner of the Riverwood Trader, in order to retrieve the claw, meeting bandits and draugrs along the way. Eventually, after finding the Golden Claw, players will have to decipher a puzzle on a large stone door, with the solution located on the claw itself when viewed in the player’s inventory. While this sounds fairly simple, many Skyrim fans struggle to solve this initial puzzle and it has become somewhat infamous for that reason.

Reddit user KuronoAlien37 posted an image of their newly acquired Golden Claw to the Elder Scrolls subreddit, with the title “Oh look, a key to my room.” In the image, claw is held by KuronoAlien37, with Skyrim’s massive map acting as an appropriate backdrop. Users in the thread were excited to see a real-life version of the Golden Claw, with many telling the story of their experience with the questline. User Rudus444 stated, “I always think back to my ex who spent a good 2 hours trying to solve the first claw door. I was like ‘bruh just look at it in your inventory, it shows you right there on the claw.'”

While many thought Kurono made the claw themselves, the redditor revealed that this was not the case, “I bought it off Etsy. There’s a few kinds. This one is made by a 3D printer.” A quick search reveals that Skyrim’s Golden Claw is indeed available on Etsy, with the price tag for the “18k gold plated” claw sitting around $180 USD. While Kurono suggested that they were using the claw as a key initially, with other users suggesting that along with a password the claw could be used as some crude form of “two-factor authentication,” the redditor later pointed out that the claw “can be doubled as a back scratcher.”

At the current price-point, this Golden Claw certainly seems like an expensive back scratcher, or key for that matter. However, the fact that 3D-printed items from Skyrim are now available as real-life objects is certainly an interesting way to make one’s favorite video games into something tangible. Fans from other franchises have made some interesting creations using 3D printers, such as a replica of Call of Duty: Black Ops Cold War’s Thundergun. The fact that there are fans dedicated enough to craft these sorts of things is always a pleasure to see, and perhaps Golden Claws will revolutionize two-factor at some point in the future!

The Elder Scrolls 5: Skyrim is available now on PC, PlayStation 4, Switch, and Xbox One.