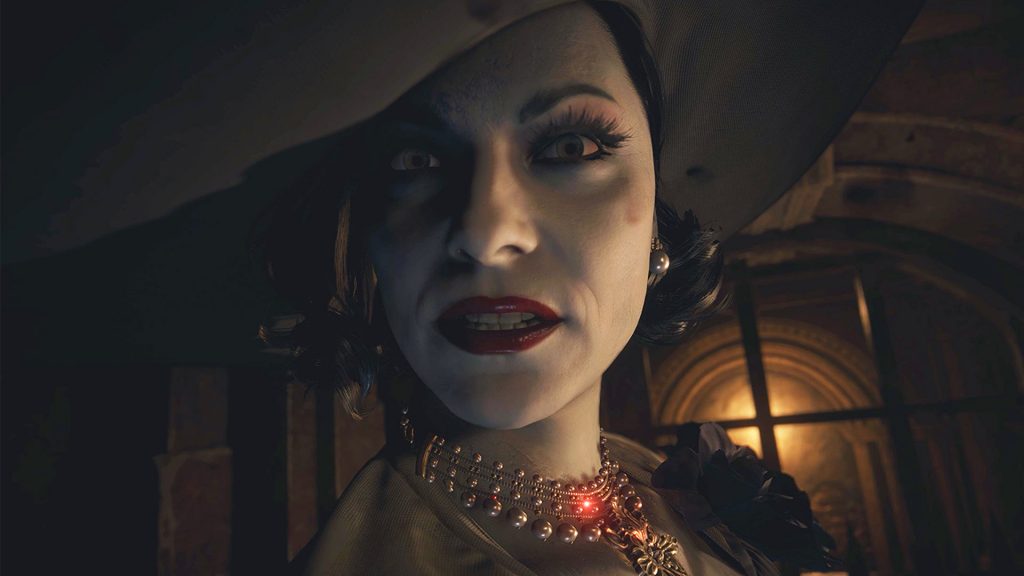 The EWS podcast was on hiatus last week, because I was in a cottage where milk gets delivered in old-school glass bottles and then isn’t drunk but left in the fridge unopened so it curdles but still looks new and then my cup of tea is ruined. But now I’ve returned to the land of wired internet, so too the Electronic Wireless Show returns with the best giants in games special.

We, once again, stay admirably on topic, talking about cool giants in games (because that was timely a week ago, just after Resident Evil Village came out. Matthew has done a really super Cavern of Lies, though. Like, proper great. Also, we have an update on Nate’s fish, and Matthew has gotten into reading reviews of the fizzy drink Rio.

Obviously we talk about the big woman from Resi 8, whomst everyone loved.

I myself have written about liking large the large women in the Assassin’s Creed Odyssey DLC Fate Of Atlantis. There are also some pretty cool giant druids in Assassin’s Creed Valhalla‘s new Wrath Of The Druids DLC.

There are the sad, immortal but finite giants in The Banner Saga trilogy.

I also really like the giants in Skyrim, who are just cheese farmers who should be left alone.

In Matthew’s Cavern Of Lies he mentions giants from many games, but I didn’t write them all down for the notes, oh no!

Recommendations this week are the Green Aqua YouTube channel for nice aquarium content, scifi thriller Recursion by Blake Crouch, and the new Discworld jigsaws from the Discworld Emporium.