The Great Ace Attorney Chronicles Gets Gameplay Demo at E3 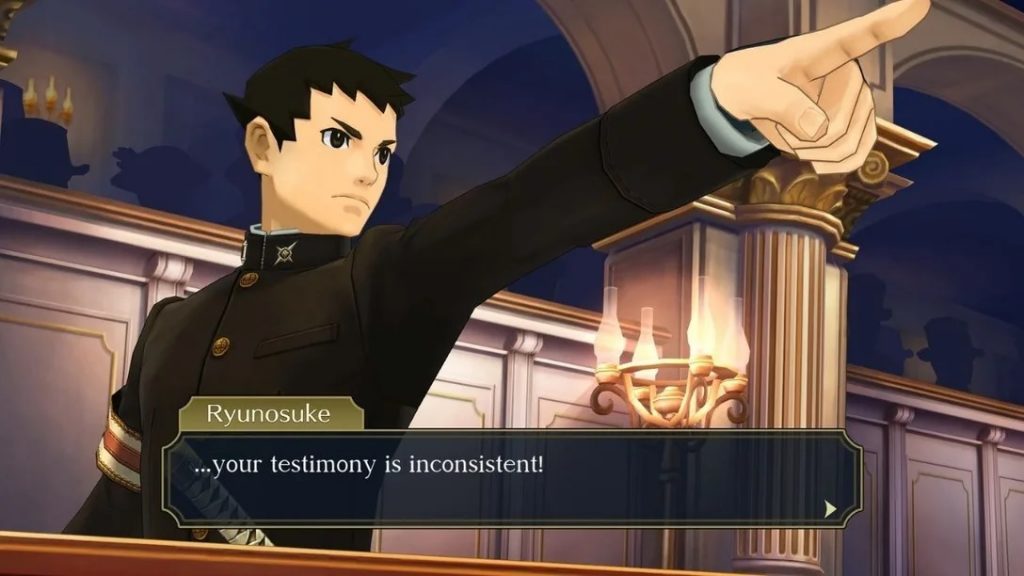 Capcom’s E3 event was not much to write home about, with no new games revealed and most of the things showcased being games or gameplay we’d already heard about (or, you know, esports). However, a large portion of the show was given over to showing off the recently revealed Great Ace Attorney Chronicles, showing off what the mystery-solving will look like with protagonist Ryunosuke Narahodo and the not-copyrighted character Herlock Sholmes.

In case you don’t already know, Great Ace Attorney Chronicles is a collection of two games originally released in Japan. For years, these were Japan-exclusive titles in the Ace Attorney series, and Capcom only revealed earlier this year that both games were coming to the West, complete with English-language localization. Its star, Ryunosuke, is a Japanese law student and the ancestor of Ace Attorney’s scrappy modern lawyer Phoenix Wright, who somehow finds himself in London.

The E3 trailer dropped a new demonstration of what playing the game looks like. One of the ways Ryunosuke determines what happened at any given crime scene is with the Dance of Deduction, where he responds to the evidence and draws conclusions. Naturally, the highlight of this Dance of Deduction is matching wits with the knock-off of the Great Detective. Sholmes is a bit less sharp than his sort-of namesake, given that he misses information that Ryunosuke picks up on.

The trailer also shows how the court systems work, in which Ryunosuke has to find contradictions in the reasoning of the British jurors. His prosecutor nemesis Barok van Zieks opposes him at every turn, natch. It’s quite a bit different from the previous games in the series, and Ryunosuke appears to lack some of the mystical or technological game mechanics his fellow attorneys in the series have. The Chronicles launch on PS4, Steam, and Switch on July 27.