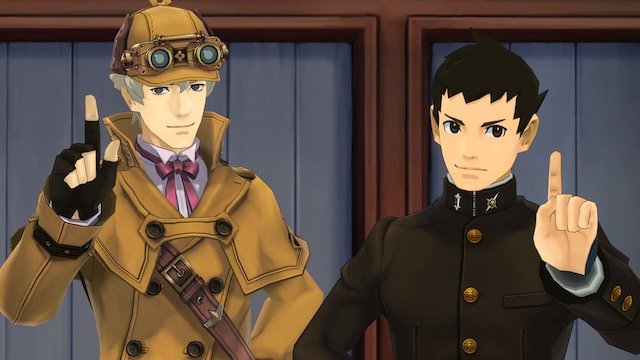 For the first time, the Ace Attorney spin-off series Dai Gyakuten Saiban is coming west. Both Nintendo 3DS titles in the series will come packaged as The Great Ace Attorney Chronicles and releases on Nintendo Switch, PlayStation 4, and PC on July 27, 2021. It is priced at $39.99 or available for $59.99 as a bundle with the Phoenix Wright: Ace Attorney Trilogy (which contains the first three titles in the core series.

While Phoenix Wright doesn’t appear, his ancestor Ryunosuke Naruhodo does for this 19th century investigation game. Expect plenty of courtroom drama in the 10 cases to discover. There’s even an appearance by the legendary detective Herlock Sholmes, who surely isn’t based off anybody. Plus, it includes eight mini-episodes, three alternate costumes, and a gallery that features art and music.

There are two new gameplay mechanics to look out for: Dance of Deduction and Summation Examinations. Dance of Deduction will see Ryunosuke battle wits with Sholmes as they uncover new facts by finding faults in the detective’s logic. Meanwhile, the Summation Examinations will have players finding juror issues in order to achieve a Not Guilty verdict.

Herlock Sholmes is on the case 🕵️‍♂️ (yes, really)

This is great news for Ace Attorney fans that have wished for these titles to get localized. Let’s hope an Apollo Justice or Ace Attorney Investigations bundle is next.