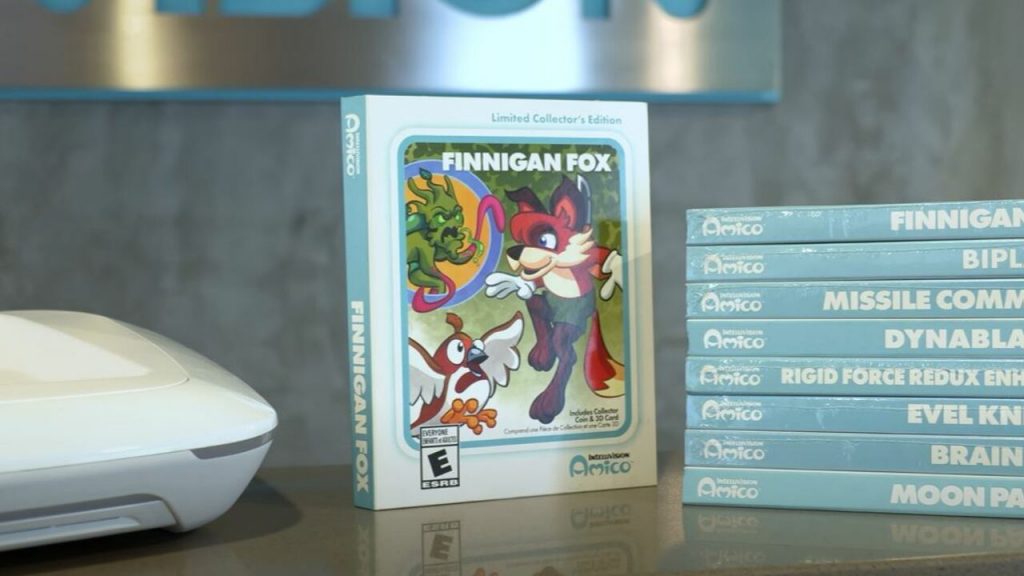 The Intellivision Amico is a rather interesting new system that’s heading to the market, a game console focused on ‘family-friendly’ content (age ratings below 10) that brings to mind a mix of Wii and Wii U in concept. That said it’s also had its share of issues; there have been online spats, controversies over some of those involved in the project, and multiple delays to the hardware. We tackled quite a few of those issues in a summer interview that you can read here.

At present the system doesn’t have a fixed release date after multiple delays, but it does have Limited Collector’s Boxed Edition sets up for sale; yes, it is rather odd to sell bundles of games before the hardware is on the market. Limited to 50,000 units there are a combined eight games, split between an all-in-one bundle at $149.99USD or two volumes of four games each at $79.99. Though the games max out at $20 each in one sense, the lack of flexibility with the bundles shows that these are very much targeting enthusiasts and collectors only.

What’s rather intriguing is the detail of how the physical media in the system will work. It’s been common knowledge for some time that the Amico will have RFID (radio-frequency identification) support, a technology commonly used for tracking and monitoring goods. The game cards (designed to look like the media of the original Intellivision) don’t work as physical media like a disc or cartridge; instead you scan it on your system, there’s a download and then it’s linked to your system.

In what is a very current-day approach scanning the card also makes it an NFT (non-fungible token) on your system, with your digital copy then being managed in the blockchain. Like cypto-currencies and those NFT sales you’ve no doubt been reading about, you then supposedly ‘own’ that digital copy and can transfer it. So, theoretically, the game card can be used on multiple systems, with the card shifting the ownership to the system being used. The benefit cited is that it’s easier to move your download around via this card than digital purchases we’d typically make on the eShop, PSN or Xbox Store.

It’s very 2021. It does make us think of some interesting topics around download games, though, and the limitations they have. Some games are download-only by necessity, but of course when we finish we can’t lend or give them to friends or family members in the way we can with a cartridge. Our downloads on stores like the eShop are really licenses, too, in which we’re essentially leasing games, so that’s always a sticking point. The Amico solution is an intriguing take on the idea of owning a ‘download’ of a game, even if we’re likely a long way from seeing this sort of approach at a mainstream level from Nintendo, Sony or Microsoft.

We should also mention there are various criticisms and concerns around NFTs and blockchain technologies, from their environmental impacts to a general lack of oversight and regulations. Any product that fully embraces that technology will also face similar questions.

Still, if the Amico is anything it’s a bit unique, despite its troubled route to market.