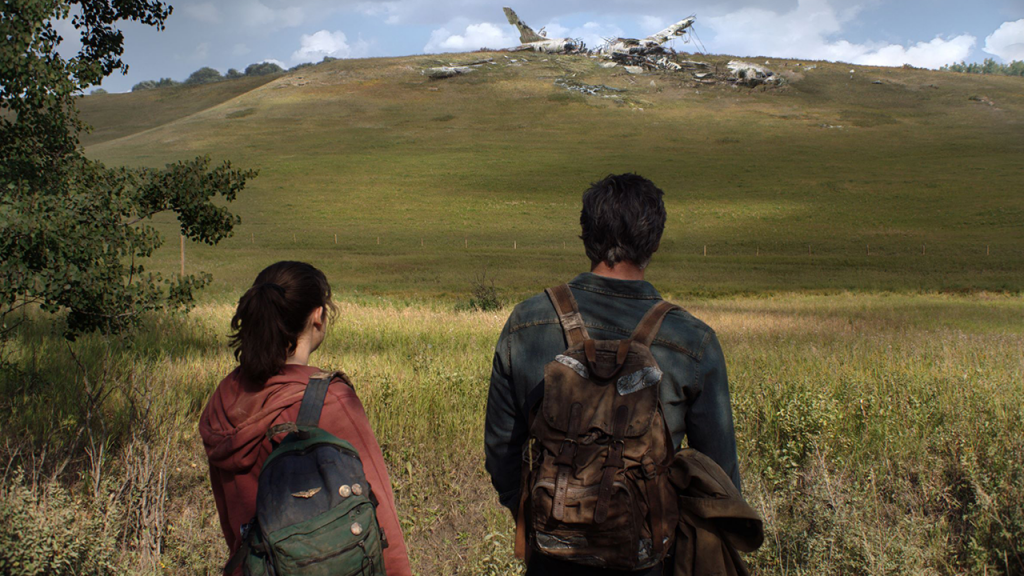 Naughty Dog has crafted up some genuinely excellent video game titles over the years. These video games were often compared to films from the visuals and cinematics that were highlighted in campaigns. Some of which have blown up across multiple generations of platforms. We know that two of their projects are being adapted as television series or a movie.

We know that an Uncharted movie prequel was filmed while a television series based on The Last of Us is in the works. While we don’t know just how long the production for the television series has left to go, there is a new leak. Recently, a video has surfaced online which seemingly showcases Joel and Ellie going through a university on horseback. Of course, the video is short and shot from a distance.

Still, the university section of the game was quite a highlight of the campaign. We’re not entirely sure what will be adapted directly from the university section for this series. We’re bound to see plenty of differences between the video game and the live-action adaptation. Some areas are likely expanded in the series with some new characters to help tell a more cohesive story rather than it being experienced through a video game.

Again, this is just a small video surfacing online around the web. Most fans might actively avoid these leaks to experience the full cinematic experience as it debuts through HBO. We know that Neil Druckmann has recently wrapped up on his directorial episodes. That could mean the developer might be more focused on the next big Naughty Dog video game project. Currently, we’re not sure just what the studio is bringing out next.