The Legend of Zelda: Every Incarnation Of Impa, Ranked 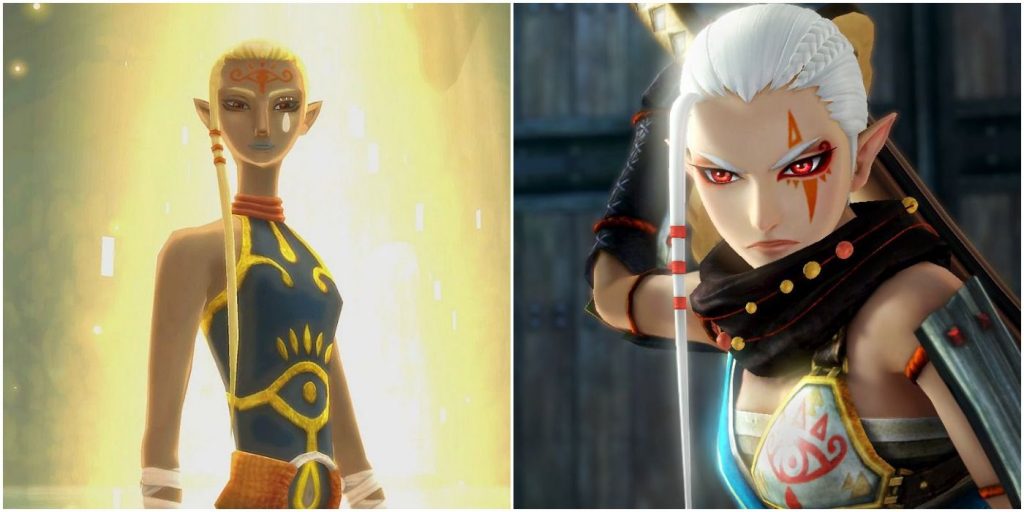 First appearing in the original Legend of Zelda title on the NES, Impa has been a background character in multiple Zelda games over the years and has often been important to the plot and the liberation of Hyrule in some form or another. While she has generally been an important and powerful character, she has a far greater impact in some games than in others.

Impa’s role in the Legend of Zelda series often changes drastically, with her being a nursemaid in most of the 2D games and a powerful ninja warrior and guardian in the 3D titles, but regardless of her occupation, Impa has proven to be instrumental in the fight against Ganon in all of her appearances.

9 A Link Between Worlds

Despite Impa having been a more fleshed-out character by the time A Link Between Worlds was released, her role in this 3DS title was minimal at best. Like most of her 2D appearances, Impa is Zelda’s nursemaid and all she manages to do is get herself kidnapped and turned into a painting by the main villain of the title, Yuga.

That being said, she is still one of the legendary Sages with immense power — she is just never given the chance to prove her worth before being kidnapped.

8 The Legend of Zelda

Although she is only named in the game’s manual, Impa appears in the original Legend of Zelda and actively seeks out the hero in order to save Princess Zelda from the evil Ganon. After finding Link and sending him on his first-ever adventure, however, she did very little in the game and became more of a background character until the sequel, Adventure of Link.

While this incarnation of Impa isn’t a warrior or Sage, she was a lot more active in the plot and Zelda trusted her skills enough to abandon her post and seek out a hero to save Hyrule, so she must have been able to protect herself to some degree.

Impa in the second NES title acts very similarly to her iteration in The Legend of Zelda, which is fitting seeing as they are the same incarnation of the character. In the sequel, after seeing the mark of the Triforce on the back of Link’s hand, she tells him the story of another Princess Zelda who has been sleeping for generations, gives him six crystals and a piece of paper, and shoves him out the door into a new adventure.

Related: Zelda: Every Shield Link Has Wielded In The Series, Ranked

Just like her role in the original Legend of Zelda, Impa is mainly here to move the plot forward and point Link in the right direction, serving no real role in the story outside of being a guide to the hero and nursemaid to the current Princess Zelda. However, Impa does seem to know a lot more about Hyrule’s history than was otherwise apparent in the first game, so she may be holding other secrets that are yet to be revealed.

While the incarnation of Impa in the twin titles Oracle of Ages and Oracle of Seasons is, once again, Zelda’s nursemaid, in these GameBoy Color games she actually has something to do other than point Link towards Ganon like a loaded gun.

She is Zelda’s nursemaid, but she actually has something to do with the plot this time around. In Oracle of Seasons, she disguises herself as the cook for the Troupe of Performers in order to keep Din safe, though ultimately fails in her mission and leaves the rest to Link. In Oracle of Ages, she appears several times to help Link find hidden passages, in particular, the hidden passage in Nayru’s house that leads to the Harp of Ages, though, again, doesn’t have much to do outside of this.

5 Breath of the Wild

The first Impa who is actually heavily invested in the plot, this frail old woman was once a mighty Sheikah warrior who fought against Calamity Ganon when he first awakened. However, after Zelda’s disappearance and Link’s defeat and subsequent 100-year slumber, she had a lot less involvement in the plot until Link wakes up from his nap.

Impa gives Link the abridged version of events that lead to him knocking on her door 100 years too late, tells him to find memories of his past life as a Champion, and sends him on his way to defeat Calamity Ganon. While this incarnation of Impa is mainly present for exposition and giving Link the Champion’s Tunic, it’s hard to ignore how much she was involved in the original Great Calamity and the central role she played in the battles against his forces.

Based on the Ocarina of Time iteration, Impa is a lot more violent than her previous incarnation, in no small part due to the gameplay of Hyrule Warriors, but she still doesn’t have all that much to do with the plot. As a warrior, both her Biggoron Sword and Naginata weapons are decent but are largely overshadowed by King Daphnes and Volga, who have very similar weapons that function as better alternatives.

Related: Zelda: Every Sword Link Has Wielded In The Series, Ranked

Her biggest contribution to the story is realizing that something isn’t quite right with Sheik, knowing full well who all of the members of her own dying clan are, though she isn’t able to piece together that Sheik and Zelda are one and the same.

Like in Hyrule Warriors, Impa’s incarnation in Age of Calamity is a powerful fighter and guardian to Princess Zelda, though this version, the younger incarnation of the old woman seen in Breath of the Wild, is easily one of the best characters in the game.

While her combat style takes many more cues from Sheik than Impa from the original Hyrule Warriors, she manages to stand out among the other fighters thanks to her cloning ability that gives her one of the highest DPS scores available. In terms of the story, she is a little lacking though she is consistently there to protect Zelda and squabble with Terrako when the story needs levity between the downer events of the Great Calamity.

The incarnation of Impa from Ocarina of Time may not have been as outwardly badass as her incarnations in the Warriors titles, but that doesn’t mean she wasn’t a key component to bringing down Ganondorf after he split the Triforce in three.

In this game, Impa seems to play a dual role of guardian and nursemaid, riding Zelda out of Hyrule Castle to escape Gandondorf’s wrath before teaching her the way of the Sheikah tribe to protect herself. Just as she was in A Link Between Worlds, Impa is also one of the Sages that Link must find to defeat Ganondorf, leaving her unable to protect Zelda any longer and passing off her responsibilities to Link.

Impa may have been a major player in the first 3D Zelda title, Ocarina of Time, but arguably her largest and most important role was in the tale of Ganon’s origins, Skyward Sword.

Here, not only is the aged Impa a major character, being sent forward in time to protect the first incarnation of the goddess Hylia, but her younger incarnation is also instrumental in finally defeating Demise once and for all. She sends Link to her older self who, in turn, sends him to enhance the Goddess Sword with the three Sacred Flames and turn it into the Master Sword, the blade that would be instrumental in the story of just about every Zelda game in the series canon.

Callum Archer is a freelance writer based in Perth, Western Australia. He is an avid gamer, Nintendo fanboy, and lover of weird sci-fi novels, who also dabbles in manga from time to time, usually dark and twisted work like Uzumaki and Death Note.