Home » The Magnificent Trufflepigs review: the hills are alive with the sound of beeping

The Magnificent Trufflepigs review: the hills are alive with the sound of beeping 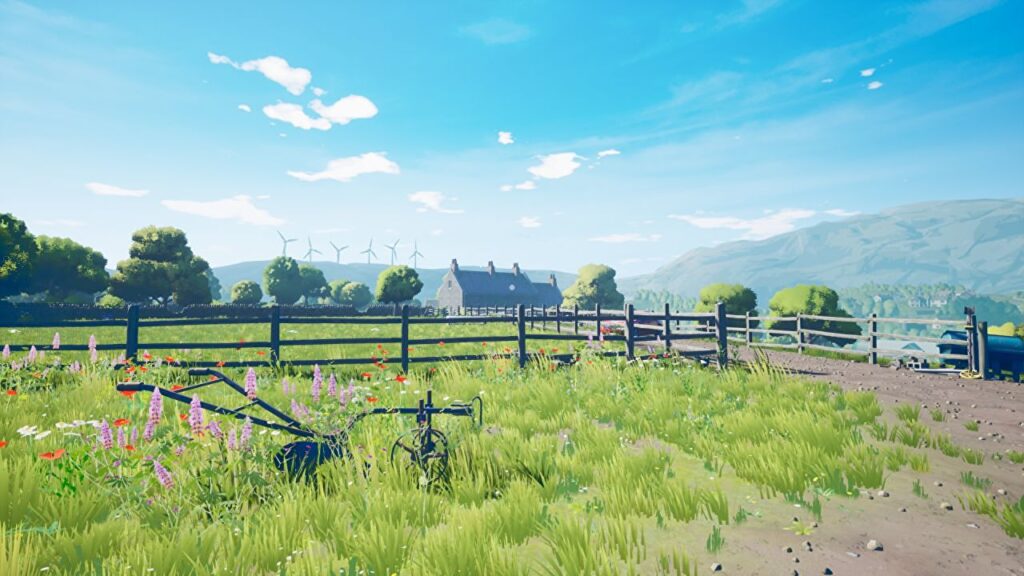 This gentle tale of metal-detecting and friendship in the English countryside has such a lovely setting that it pushes the story into the background.

There are two types of people: those who love Mackenzie Crook’s gentle sitcom The Detectorists, and those who have never heard of it. The former camp will be extra delighted at the existence of The Magnificent Trufflepigs, where metal detecting in abandoned farm fields collides with the elevator pitch “Firewatch, but make it really English.”

You’re Adam, who has agreed to support his childhood friend Beth as she technically tresspasses around an old farm, intent on metal-detecting out an earring. Beth found the first of a pair when she was a child, and the missing earring is now totemic: digging it up will, Beth believes, fix all the current problems with her family, work, and relationship. Reasonable.

The setting is kind of glorious, in the way that members of the Women’s Institute would use the word. Lush green grass, searing hot blue skies, dramatic hills and vales. Exactly the kind of stuff you’d expect given this has been made by the lead designer of Everybody’s Gone To The Rapture. As you trudge back and forth over the fields, you’re thrown in to sudden shadow as clouds race across the sky. It’s a vision of English countryside that only rarely exists in real life – a fleeting day 20 years ago, on a camping holiday in the 90s. Even natives like me, mired in disenchantment at this most normal of islands, will feel a little swell in their heart for the land itself.

The metal detecting is relaxing and methodical. You pace backwards and forwards, trying to keep in straight lines so you don’t cover old ground, occasionally chasing after an urgent beeping from your big electric stick. Then you have to shovel up a clod of earth, use a trowel to dig through it, and unearth your treasure. A bottlecap! An old birthday badge! A bit from a tractor! It’s exactly the sort of careful process and muted excitement that makes The Detectorists such a lovely TV show.

As you wander around the section of farm you’re checking that day, you’ll see or hear other things, like a glider doing loops above you, or a rescue helicopter, or big flocks of birds. You can see Beth’s family’s business in the valley below. It’s lovely. I wish there was an infinite metal detecting mode where I could just spend hours digging up my precious junk on a lovely sunny day.

“It’s not that I disliked the story, it’s just that the story felt like more of a backdrop to the setting than vice versa.”

Alas, you will be interrupted. Every time you find something, you take a picture of it to send to Beth. Certain items remind Beth of something significant, and prompt a little walkie-talkie back and forth. You can choose responses: is everything cool with Beth and her boyfriend? Is she actually sure her dad is going to leave the business to her? The conversations are surprisingly deep, and the childhood anecdotes are written with the kind of weird specifics that arise in real life, so they feel very genuine.

Adam (who, as it’s implied from the start, is not approved of by Beth’s other friends and family, for non-specific but sinister-feeling reasons) is played with quiet warmth by Arthur Darvill off of Doctor Who, while Beth is initially closed off, concerned with projecting an image of having all her shit together. Luci Fish does a great job of injecting some teenage petulance and frustration into Beth when she complains about her sister and boyfriend and starts unravelling.

Their relationship feels like part sibling, part something else. At first, it seems like Adam was bang into Beth and she was unfairly stringing him along, but later Adam talks to her almost like a parent or a teacher. It certainly plays with your expectations, but in the end the story always felt like more of a backdrop to the setting than the other way round.

After its two hour run-time ended with a little bubble burst of hope and sadness, I rather wished I could have sent Beth on her way and stayed behind with Adam – if only ‘cos I didn’t finish detecting half of those fields. There’s gold in them there lovely hills. I can feel it.