The newest Dead Cells update is a surprise indie crossover 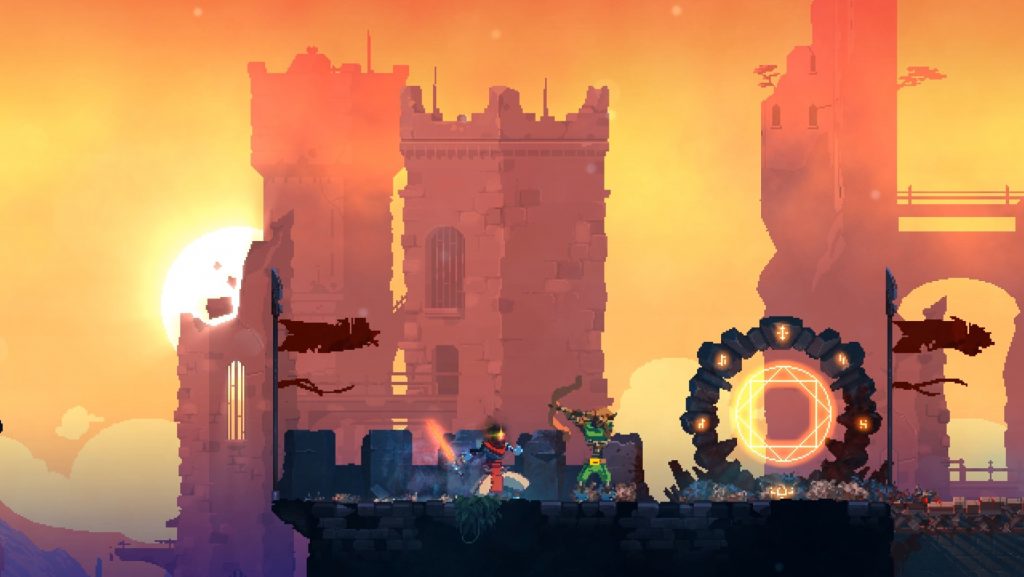 The popular action rogue-lite Dead Cells has seen a hefty amount of updates throughout its lifespan, with each one varying in terms of significance. While the newest update that developer Motion Twin put out yesterday may not come off as that significant in terms of size, it still manages to separate itself from the previous updates in a major way. Essentially, this update brings crossover items from several different indie games into the world of Dead Cells. New items and outfits based on these six renowned indie darlings have made their way into the game: Blasphemous, Curse of the Dead Gods, Guacamelee, Hollow Knight, Hyper Light Drifter, and Skul.

This update, titled the “Everyone is Here” update, implements one new item and one new outfit for each IP. For instance, the added Guacamelee content consists of the Pollo Power weapon, which lets players lay deadly egg-bombs, and a wearable Luchador’s Outfit. Players can obtain these enticing items in the Prisoners’ Quarters, where “unusual new rooms” have spawned. “Finding and exploring those rooms” grants players with “glory and strength” in addition to some new tools. The developers also teased “a strange, mysterious, might-be-full-of-hints book” with “cryptic and incomprehensible” sayings that players can discover in the Prisoners’ Quarters. Players can read up on each crossover item on the official patch notes.

In addition to these new elements, the update includes numerous balancing and quality of life changes as well as bug fixes, as one would expect. But for most Dead Cells players, the new crossover items from indie favorites will stand out as the noteworthy additions made in the update, which is more than understandable. Getting to flex on the game with items based on critically-acclaimed indie titles has plenty of novelty, but it also goes to show how far Dead Cells has come in terms of popularity and staying power.