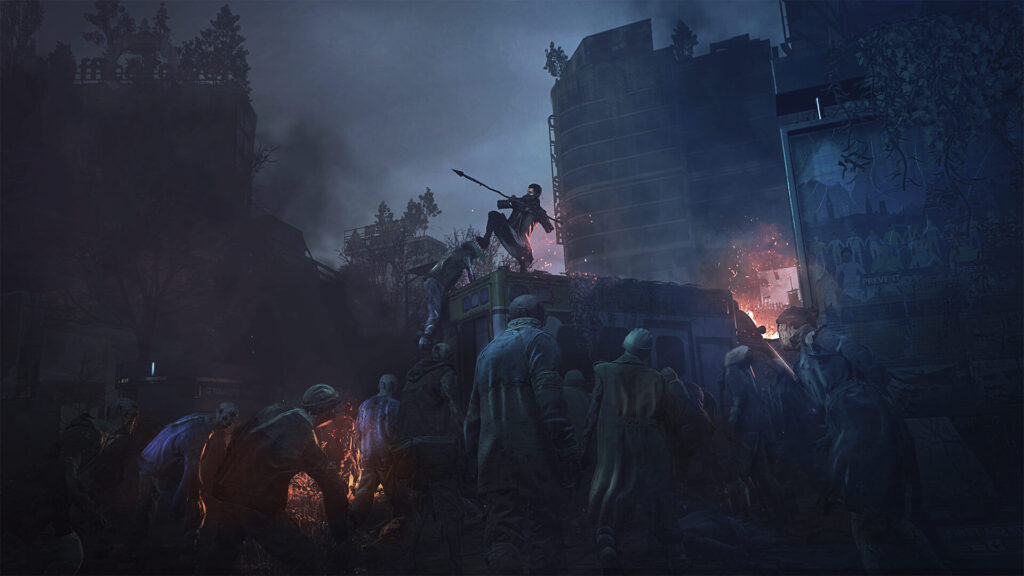 It’s hard to say how much Dying Light 2: Stay Human will dive into the horror genre. The game will have plenty of events that take place against other humans during daylight hours, but gets pretty claustrophobic in dark places at times too. Those who remember the first gameplay trailer where the player falls into the building full of infected know what I mean. The devs certainly aren’t sparing the North American audience from the watching the next episode of the Dying Light 2 Dying to Know developer diary in the creepiest way possible though.

On July 1 at 10 PM ET, the episode will air on Techland’s Twitch channel. You don’t need me to tell you that the sun will be down for most by then. The developers aren’t willing to spoil anything for now, but we can probably draw some accurate assumptions from the first episode. We’ll hear a little bit more from the development about what it’s like to work on the game, there will be another gameplay trailer, some discussions about the content shown, and more related to the franchise. The first episode was a surprising 35 minutes in length, but content that long takes a lot of effort to put together, so don’t be surprised if episode two follows a different format.

These Dying 2 Know episodes feel like a good start to getting everyone talking about the Dying Light franchise again. The original game released in 2015 and followed up with plenty of DLC that pushed sales well above 18 million copies. That’s a serious hunger for blood, but many probably haven’t touched the game in years now, and the delays certainly didn’t help. However, regular episodes showing off the new content will likely get people hyped once again.

If you haven’t seen the first episode of Dying 2 Know, check it out below. Dying Light 2: Stay Human releases on December 7 this year and will be available through Steam or the Epic Games Store.