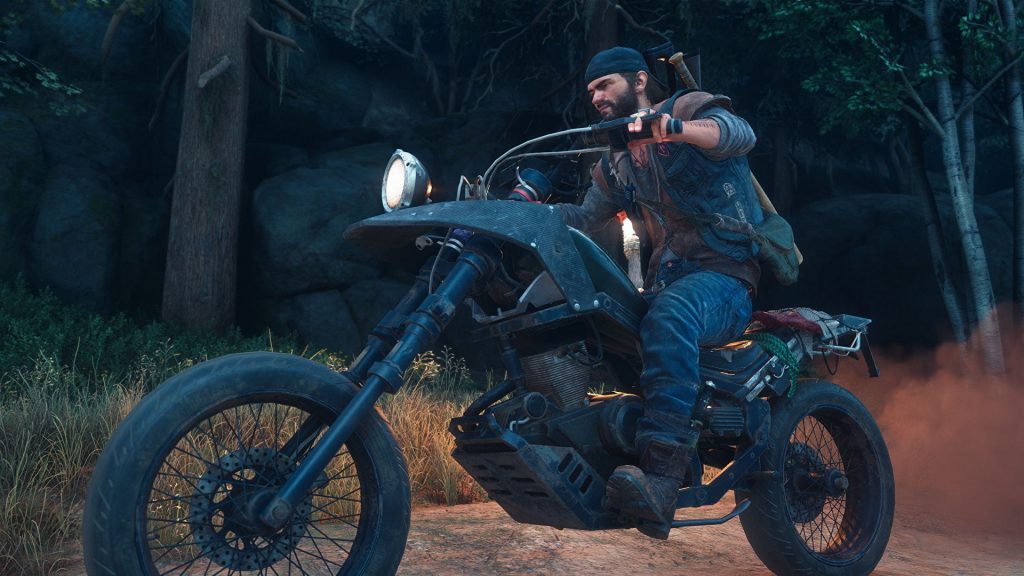 Days Gone rolls onto PC today, bringing the post-apocalyptic adventures of motorcycle rider and denim jacket and baseball cap enthusiast Deacon St John into a new era of uncapped frame rates, ultrawide monitor support, keyboard and mouse controls, and enhanced graphics effects. It might not be the most beloved first-party PlayStation exclusive to ever make the jump to PC, but having played the first couple of hours of Bend Studio’s open world zombie ’em up, there’s no denying it’s a handsome-looking port, standing shoulder to shoulder with the technical improvements we saw in both Death Stranding and Horizon Zero Dawn.

I can’t say the PC version has changed the way I think about Days Gone the game, admittedly – to me, it’s still a rather bland and very bloated take on open-world zombie-ing – but I can say its settings menu is probably one of the best I’ve seen in a long time. It’s properly great, and more games should adopt its approach to real-time graphics changes and in-menu performance meters going forward.

From the testing I’ve done so far, Days Gone runs pretty smoothly on PC. It shares a lot of the same PC requirements as Horizon Zero Dawn and Death Stranding (both of which ran beautifully on my test systems last year, Horizon’s launch bugs be damned), so if you’ve been able to play either of those games in recent months, then you shouldn’t have any trouble with Days Gone. If you need a reminder of what you need to run Days Gone, I’ve listed its minimum and recommended PC specifications below.

If you do happen to find yourself struggling to get a good frame rate, though, then Days Gone’s PC settings menu is a brilliant tool for finding that optimal level of performance. Head over to the Graphics tab and you’ll find a healthy supply of options, including field of view, render scale, quality presets, various graphical effects and a sprinkle of HDR settings. There are four quality presets in total: Low, Medium, High and Very High, and you can cycle through them all on the fly when you’re in-game.

Even better, though, is that you can see exactly what each preset looks like from within the Graphics tab, as the image to your right changes to reflect your current set of options. On the title screen, this is Deacon’s motorcycle and an abandoned police car, but when you’re in-game, it’s the scene you’ve just paused, showing you in real-time what changes you’re about to put into effect. Have a look at the screenshots below to see it in action (click to enlarge).

The best thing about Days Gone’s graphics menu, though, are the real-time performance stats in the top right corner. In addition to showing you what your settings changes actually look like, you can also see exactly how they’ll affect your in-game performance, from your current and median frame rate to your GPU frame time (the time it takes for your GPU to render each frame) and utilisation (how much of your GPU is actually being used).

It’s a great tool, and helps take a lot of the faff out of adjusting your settings. Often when we have to make changes, we have to go back to the game, run about a bit, and then open up the settings menu again to see if our changes had a positive (or negative) effect on our PC’s performance, but here you can do it in one fell swoop. It’s refreshing, and I wish more PC games would adopt this kind of approach to performance in the future.

It’s especially handy when you’re adjusting the field of view slider as well. As you can see in my super ultrawide GIF below, you can also see the results of these changes in the graphics tab as well, making it easy to get your FOV just right without having to guess what might look good when you get back to the game.

Speaking of ultrawide support, Days Gone is another great ultrawide game. It supports both 21:9 monitors and super ultrawide 32:9 screens such as Samsung’s Odyssey G9, and my experience with the latter aspect ratio felt very immersive. I had a great view of the surrounding forests of the game’s Pacific Northwest setting, and it also let me spot more rogue Freaker zombies in my peripheral vision.

The only real disappointment about Days Gone’s ultrawide support is that there aren’t any options to adjust the position of the game’s HUD, leaving your mini-map, health bar, stamina gauge and other important survival button prompts at the very edges of the screen. It’s pretty easy to glance at the mini-map on a 32:9 display, but I really have to move my head to look at the smaller toolbar prompts beneath my health and stamina bars on the left – which can get a bit hairy when you’re in the middle of an action sequence, or have momentarily forgotten what button quick heal’s on.

It’s hardly the end of the world – I’m many of those prompts will become second nature over time, for example, unlike Red Dead Redemption 2’s, whose context-sensitive controls chop and change all over the shop – but it would have been nice to have the option to push them in a bit closer to the centre of the screen all the same.

Still, ultra-ultrawide woes aside, the rest of Days Gone’s PC additions are fantastic. The default mouse and keyboard controls feel very natural and intuitive for a third-person action game, and there are loads of control settings available to help you customise them, too, including fully customisable key binding options. Weapon switching on the scroll wheel and full mouse cursor control on the survival wheel are particularly nice touches (although you can opt for scroll control instead if you prefer), and you can also adjust your mouse’s x and y sensitivity speeds in addition to your aiming sensitivity and bike camera sensitivity. There’s also the option for making your mouse movements extra smooth over multiple frames, too, if you find the default one a bit too jerky. My eyes aren’t really sensitive enough to tell the difference between the two, but it’s good to have the option for those that want it.

In short, this is another brilliant PC port from Sony, and one that really makes the most of the available hardware. Like my experience with Horizon Zero Dawn, I didn’t come across any bugs, and throughout my testing it ran beautifully, even on lower-end graphics cards. All of its extra effects such as increased draw distances on foliage and level of detail also help to make it feel like the best possible version of this open world zombie game. Special applause must also go to its helpful settings menu and real-time frame rate stats, too, because seriously, more games should do stuff like this in the future to help take the hassle out of getting the best performance.

As I said earlier, I don’t think that any of these technical improvements make Days Gone a better game per se, but I do feel it sets a new bar for blockbuster PC ports. Even Death Stranding with its excellent ultrawide and Nvidia DLSS support didn’t make it this easy to see just how well your PC’s coping with your current settings selection, and the fact that you can make all these adjustments in-game and on the fly, too, is just the icing on the cake. The more that can be done to break down performance barriers like this and help players see what their scary wall of graphics options are actually doing to their in-game frame rate, the better, I say, and in this sense, Days Gone is exemplary. If there’s one lesson we take from this grim post-apocalypse, please let it be more menu-based performance stats.