The Pokemon With The Highest Special Attack Of Every Type, Ranked 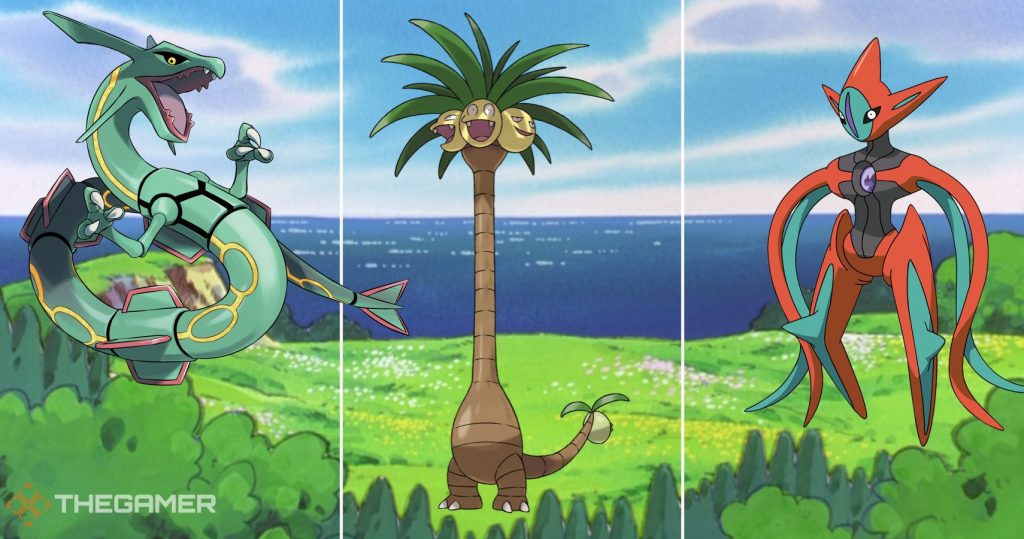 Special Attack works in conjuction with Attack as one of the Pokemon stats concerned with offense. After the physical-special split in Generation IV, every type can be special depending on the move, so Pokemon can take advantage of that however they please.

RELATED: The Best Pokemon Of Each Stat, Ranked

Regardless, split or no split, some types are better on the special side than others. This list will look at each type’s best special attackers and pit them against each other, hoping to look into which types work best in that department.

Note: This list will be ranked without taking Mega Evolutions into account, though they will be discussed with every entry. Arceus holding a type plate is ineligible.

The Ground-type is more known to be a physical type, so its representative having the lowest Special Attack stat on this list is to be expected. That said, Incarnate Landorus’s 115 Special Attack is not bad at all, with its Therian Forme and Camerupt tying for second place at 105.

The type’s Mega Evolutions are much more formidable in the special department, namely: Primal Groudon (150), Mega Camerupt (145), and Mega Garchomp (120).

The Grass-type is surprisingly low on this list. There are certainly a lot of Grass-types that are more proficient on the special side than the physical, but none of them really reach the upper echelons of special attackers.

Exeggutor (both Kantonian and Alolan) ties with Roserade for the best Special Attack stat barring Mega Evolutions at 125, with Shaymin-Sky being second-best at 120. Among Mega Evolutions, Mega Sceptile (145) and Mega Abomasnow (132) are the standouts.

This won’t be the last Ultra Beast appearance on this list. For the meantime, Nihilego represents the Rock-types at 127. That’s somewhat low compared to the other entries here, but the Rock-type is also not really known for special attacking prowess.

That shows in its competition, as the only other Rock-types that come remotely close to Nihilego are two fossils: Omastar (115) and Archeops (112). Mega Diancie is miles ahead of everyone here, though, at 160.

The Normal-type has some interesting faces among its best special attackers. Drampa and Porygon-Z tie for first place at 135, alongside Mega Pidgeot. They’re followed by Meloetta (128) and Arceus (120).

The dual-typed members of this bunch (Drampa, Mega Pidgeot, Meloetta) don’t even come close to reaching the heights of their other types (Dragon, Flying, Psychic, respectively), but they’re fortunate enough to get some love here.

This entry might be a bit unexpected, as Legendaries such as Xerneas (131), Tapu Lele and Magearna (130) all play second or third fiddle to Hatterene, who comes in with a 136 Special Attack. That’s impressive for a type that also has a lot of experts on the special end.

This is without taking Megas into account though, as Mega Gardevoir (165) and Mega Diancie (160) completely outclass everyone else in its type pool.

It’s time for another Ultra Beast, and this one finds itself mixed up with a bunch of Mega Evolutions for the best Fighting-type special attacker. In between Mega Mewtwo X (154), Mega Lucario (140), and Mega Blaziken (130), Pheromosa gets the non-Mega crown at 137.

Keldeo is a close second place at 129, but the next best few don’t really come close, with regular Lucario (115) and Blaziken (110) getting third and fourth place.

Pheromosa came close to nabbing the spot for the Bug-types, but Vikavolt just beats it to the punch at 145.

While there are no Mega Evolutions to speak of, the top five is a solid one, with Pheromosa (137), Volcarona (135), Frosmoth (125), and Genesect (120) rounding it out. For a type that’s generally considered to be weak, these five certainly say otherwise.

Funnily enough, Eternatus has a stronger Special Attack in its regular form than its Eternamax form, which only reaches 125 in that stat. Regular Eternatus, meanwhile, is at 145, and no other Pokemon really comes close.

At first thought, you would expect Dialga (150) to be leaps and bounds ahead of everyone in the Steel-type pool, but there are surprisingly many contenders here.

While this entry just pertains to regular Rayquaza, it should be noted that Mega Rayquaza would have tied with the first place entry on this list at 180. Either way, its 150 Special Attack with no frills is still phenomenal.

At second place when including Mega Evolutions is Mega Charizard Y at 159. After regular Rayquaza, there’s Therian Thundurus (145), Mega Pidgeot (135), Yveltal (131), and then a five-way tie at 125 (Galarian Articuno, Kantonian Zapdos, Kantonian Moltres, Incarnate Thundurus, Incarnate Tornadus) to worry about.

Blacephalon tops a long line of excellent special attackers from the Fire-type, at an astounding 151. Mega Charizard Y from the previous entry would have taken the spot here if Mega Evolutions were accounted for, at 159.

After those two, there’s Primal Groudon and Reshiram (150), Mega Camerupt and Chandelure (145), Mega Houndoom (140), Volcarona (135), and a four-way tie at 130 (Mega Blaziken, Mega Charizard X, Heatran, Volcanion). If you can’t tell, the Fire-type has tons of great special attackers.

Spoiler alert: this will be the only starter appearance on this list. Greninja after the Battle Bond boost has by far the best stat total for a starter at 640, with Special Attack getting the most love at 153.

RELATED: The 15 Strongest Starter Pokemon In The Pokemon Anime

This is another spot that Gengar would have taken if Mega Evolutions were considered, with its 170 being the best of the spooky bunch. Otherwise, Shadow Rider Calyrex takes this spot at a very close 165.

Despite the Dark-type having a pretty decent pool of great special attackers, Hoopa Unbound takes this spot easily with 170 Special Attack. The second best is Ash-Greninja, who doesn’t come that close at 153, with Mega Houndoom at a similarly distant third (140).

Tied with Hoopa Unbound’s 170 is Kyurem-White, who is far and away the best special attacking Ice-type. In fact, its best competitor is base forme Kyurem at 130, unless you take Mega Abomasnow (132) into account.

In contrast, while White Kyurem also takes the top spot for the Dragon-type, there’s much more competition here. In fact, when you take into account Megas, the aforementioned Mega Rayquaza is better at 180.

Following White Kyurem is a stacked roster, consisting of Ultra Necrozma (167), Mega Ampharos (165), Mega Latios (160), Dialga, Palkia, regular Rayquaza, and Reshiram (150). This is all without mentioning sixteen other Pokemon forms that reach the 120 threshold.

The fourth Ultra Beast to appear on this list currently has the distinction of being the strongest special attacker among Pokemon usable in Generation VIII, with a Special Attack stat of 173.

Mega Ampharos is a close second among Electric-types at 165, but Therian Thundurus would take that honor at 145 without Mega Evolutions. After them, there’s Vikavolt (145), Mega Manectric (135), Magnezone (130), Zapdos and Incarnate Thundurus (125), and Magneton and Zekrom (120) to round things out.

From the massively powerful special attacking pool of Psychic-types, Deoxys-Attack takes the cake at 180 without Mega Evolutions. Otherwise, Mega Mewtwo Y has the distinction of having the highest Special Attack ever, at a whopping 194.

After those two powerhouses, you have Mega Alakazam (175), Hoopa Unbound (170), and Ultra Necrozma (167) making an incredible top five, with many more reaching the 150 mark. Safe to say, Psychic-type is the best special attacking type in general, and it’s not even close.

NEXT: The Pokemon Types With The Most Legendary Pokemon


Next
Pokemon HOME: All of the Pokemon You Can’t Transfer From Pokemon Go

Kyle Laurel is a college student from the Philippines. He spent around three years as a freelance writer before becoming a list writer for The Gamer. He grew up around Pokémon and writes about that the most. You can battle him on Pokémon Showdown (juantum physics, Gen 8 OU), but he’ll wipe you with his Garchomp.