The Queen’s golden Wii is now up for sale 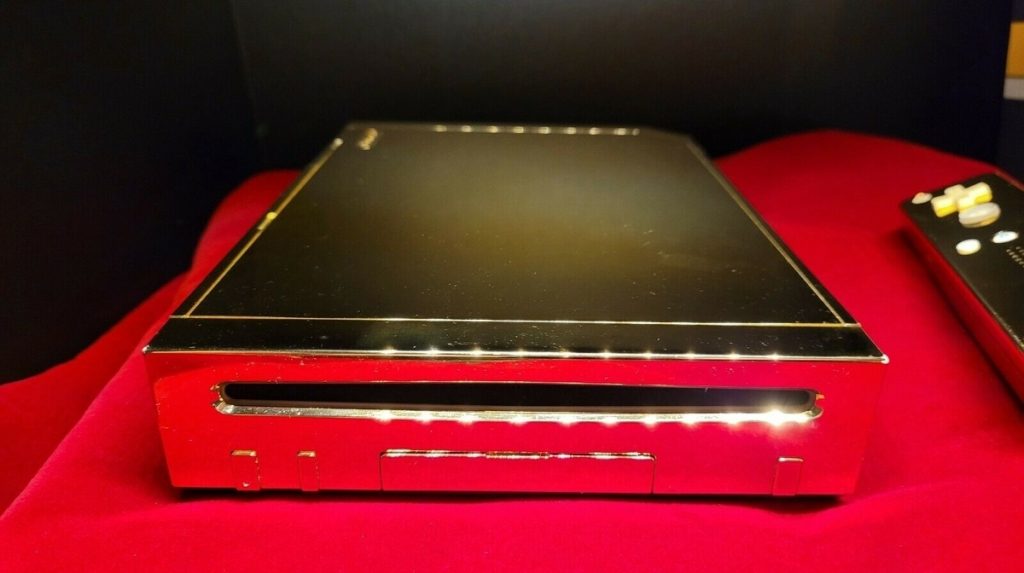 The mediocre mini-game compilation was aimed at the family market, so THQ had a unique golden Nintendo Wii console made for the most famous family in the country – the royal family – then sent the console off addressed to the Queen herself.

As you’d expect, the Queen rejected the delivery – but that didn’t stop the press picking up the story.

In 2019, People Make Games tracked down the Queen’s golden Wii to its current owner, a Dutch video game collector called Donny. The video below details how it all happened – and is well worth a watch.

In an interview with Consolevariations.com, Donny revealed why he’s put the console up for sale now, two years later:

“The reason why I am selling it is simple: Moving on with life.

“I’ve been in one place for my whole life, it’s time to get my own place. At times it has been difficult for me to have free time or relax. Lately it’s all CV and my daily job. When I come home, I don’t get to spend a lot of ‘me time’ so I would like to take the step and move on.”

“I want to be reasonable with buying a place for myself, and $300,000 is the price that I came up with. I don’t NEED more. Also, this gives more people the opportunity to buy it.”