The Runaway Son Side Quest Walkthrough 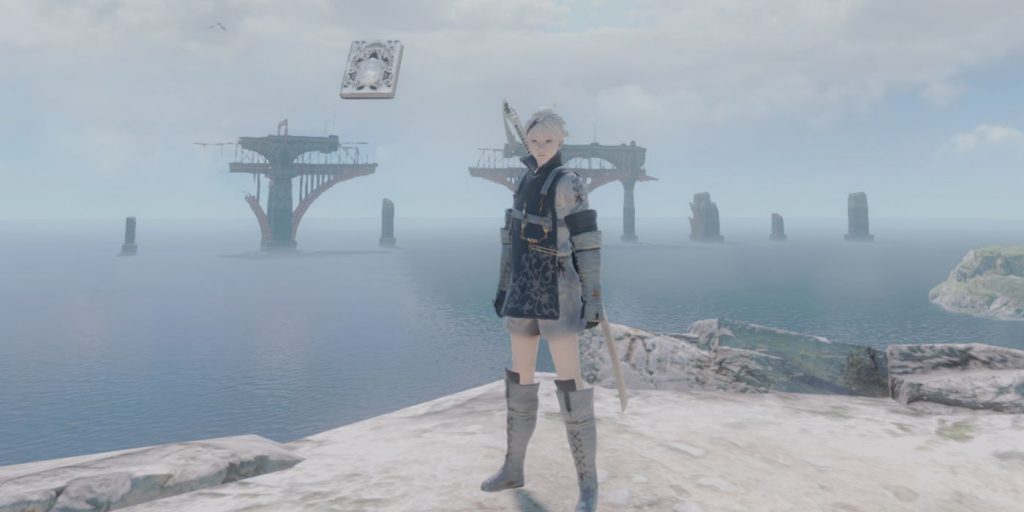 Nier Replicant players that are struggling to complete ‘The Runaway Son’ can find a step-by-step solution to the lengthy side quest in this guide.

This quest can only be obtained after players have rescued the Prince from the Barren Temple and returned him to the city of Facade. After speaking with the villager, he informs the player that his son has fled from home and that he will pay any amount of money for his safe return. The only description that players are given to track down the son, is that he “wears a very odd hat that you can see from a mile away.”

To track the son’s first location, head to the Seafront and travel to the post office which is located by the large fountain. Players will find the son standing by the fountain.

After speaking with the son, he asks the player to assist him in repaying the debt to the tavern where he has been staying. He asks that the player deliver 5 pieces of mutton and three pieces of goat meat to the Tavern before he will consider returning home.

Mutton and Goat meat can both be easily found by farming the Northern plains. Players can obtain mutton from the sheep located in the center of the area, and obtain goat meat from the goats off to the right after entering the Northern Plains from the village.

After collecting all the required meat, travel to the tavern in the Seaport and speak with the barkeep. The barkeep will inform the player that he has no knowledge of the runaway and tells the player he has likely been tricked.

Return back to the father in the village and inform him that his son is still alive. The father then asks you to return to the Seafront to find any other leads as to his son’s location.

After returning to the Seafront, speak to the NPC located immediately upon entering. He will inform the player that the son was heard asking the townsfolk how to get into the city of Facade.

Head to the city of Facade and speak to the two NPCs directly to the right upon entering the town. The masked people inform the player that a strange man recently moved in nearby.

Interact with the door next to the NPC’s to find the son once again. The son will then flee the city and players must chase him across the desert.

While chasing the son, he will stop a total of three times before reaching the exit to the zone. At this point, a group of wolves will appear and players must defeat them before they can complete the quest.

Once players have defeated the wolves, the son agrees to return home. However, when players return to the village to collect their reward for such a long and arduous journey, they will find that the father and son have both skipped town after defrauding the townsfolk of their money.

Grimoire Weiss then informs the player that “perhaps we should tally it up as an expensive life lesson and move on,” thus ending the quest.

NieR Replicant is now available for PC, PS4, and Xbox One.

MORE: Nier Replicant: How to Get Mouse Tails & Lizards Tails for The Ballad Of The Twins Quest