The Skyrim Grandma is now a Skyrim follower 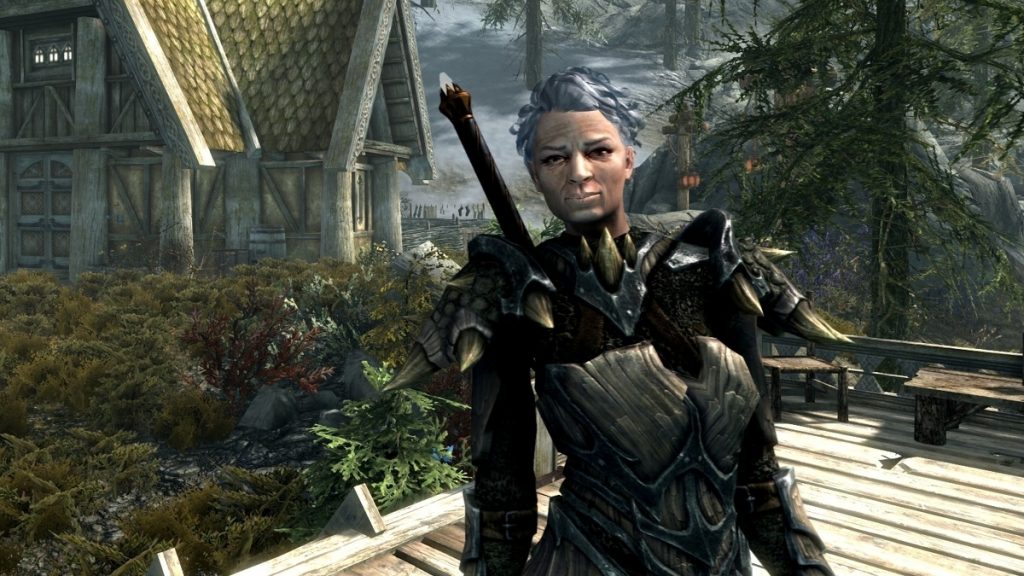 Shirley Curry, better known as the Skyrim Grandma, is now available as a follower in Skyrim via a mod.

Curry is available as a follower via the Shirley – A Skyrim Follower mod, which is now available to download from Nexus Mods for Skyrim Special Edition and Skyrim VR, and from Bethesda.net for PC and Xbox.

“She’ll join you on your adventures, but don’t expect her to simply carry your burdens!” reads the official blurb.

“She’s got more personality than all the vanilla followers combined, and we’re sure she’ll be a great companion, and a friend. And a grandma!”

Back on 1st April 2019 (it was no joke), we reported on Bethesda’s confirmation Curry would appear in The Elder Scrolls 6 as an NPC with the heartwarming video, below:

Well, since they made the announcement today about me, as a character in the next TES game …I can show my favorite thing I brought away with me!!! ? pic.twitter.com/lIoEJ3tz83

The news came after nearly 50,000 people signed a petition to get her into the upcoming fantasy role-playing game.

If you’re wondering why this is all happening, Curry is an 84-year-old with a cult following within the Skyrim community and 962,000 subscribers on YouTube. She’s particularly well known for her wholesome let’s plays and calling her viewers grandkids.

The petition was sparked by a comment Curry made in response to a quote from Bethesda’s Pete Hines, who said The Elder Scrolls 6 wouldn’t be out for a number of years. Curry lamented she’d probably be 88 by the time of the game’s release, and predicted she “probably won’t get to play it”. Fans then set up the petition to “immortalise” her in the game, a task Bethesda was clearly happy to take on.

An enormous amount of effort has gone into this mod, which is the work of a core team of just a handful of people. In the mod, Curry is a fully voice-acted follower, voiced by the real Curry herself. She can be recruited after completing a short quest.

Curry is a two-handed barbarian who favours getting up close and personal, but with her unique bow, she’s also a devastating archer. She has a fully fleshed-out, lore-friendly backstory.

In-game Curry lives in a cozy little cottage called Brightwood, in the mountains east of Drelas’ Cottage, north-west of Whiterun. This cottage also doubles as a player home, with almost every crafting station and ample safe storage. There are even a few Easter eggs scattered throughout the house long-time Curry fans may recognise.

Perhaps most impressive is that the modders created a custom follower framework from the ground up just for Curry.

Brilliantly, Curry has started a new video series in which she plays Skyrim with her own mod. Check out the first video below: