The Warhammer Skulls event crammed in tons of new trailers 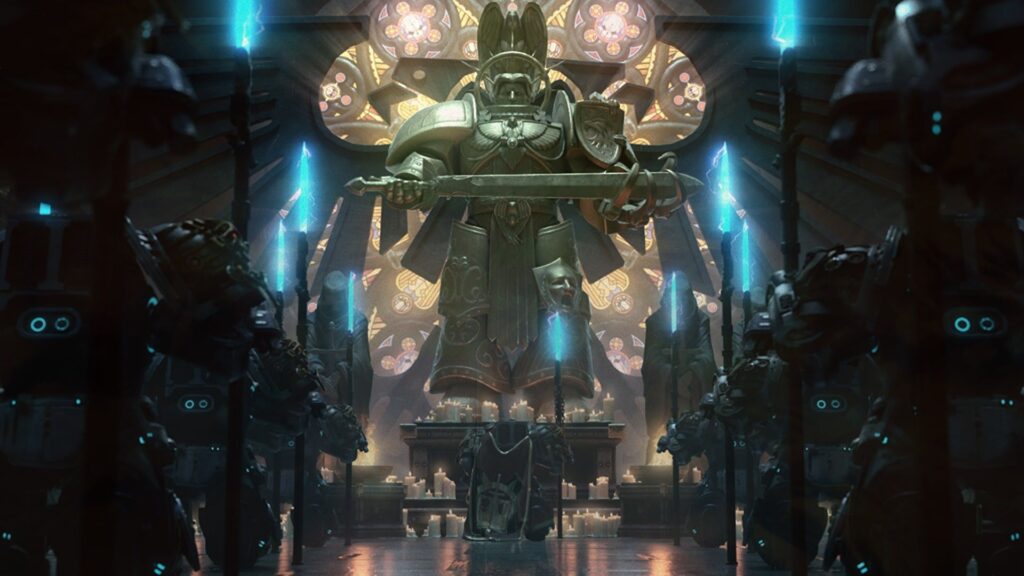 As the 40K fellowship are known to say, “you’ll have my hammer” and also my hammer and that hammer and anything vaguely hammer-shaped hidden in the kitchen cabinet. That’s right, Games Workshop hosted their yearly Warhammering announcement event and there was an entire hammer parade. They announced upcoming Warhammer 40,000: Chaos Gate – Daemonhunters, the final DLC for Total War: Warhammer 2, a closed beta for Blood Bowl 3, and a whole hammerful of other things.


First up are those new Daemonhunters coming next year that’s being developed by Complex Games and published by Frontier Foundry. You can take a gander at the quick teaser trailer here showing off the Grey Knights in their shiny mech armor.


Here’s the background that Game Workshop give on the Knights:

“Armoured in faith and shielded by devotion, the Grey Knights’ very existence is rooted in mystery: the possession of any unsanctioned knowledge about their secretive brotherhood is punishable by death. In Warhammer 40,000: Chaos Gate – Daemonhunters, players will experience the ruthless, merciless combat of the 41st millennium.”


Games Workshop say they’re planning a “full cinematic announcement” for Daemonhunters coming this August, with launch planned for sometime in 2022.


Total Warhammering got some news as well. Total War: Warhammer 2 announced its final DLC “The Silence & The Fury”, a lords pack that will add a new legendary lord for both the Beastmen and Lizardmen. Totalwarhammering 3 also talked lord ledgends with a look at one such big baddie for Khorne’s faction called Skarbrand. Nate’s already dug in a bit with his thoughts on what we’ve seen of Total Warhammer 3’s faction roster so far.


Oh no, that is still not all the Warhammering that went down. Here’s some other Warhammer bits that got announced or shown off:


Here’s the full Warhammer Skulls showcase, if you’re keen to see it all yourself.

There’s also a lot of Warhammer on sale over on Steam and GOG if you had yet to nab any you’d had your eye on.