The waste from 8 bitcoin transactions equals one precious RTX 3090 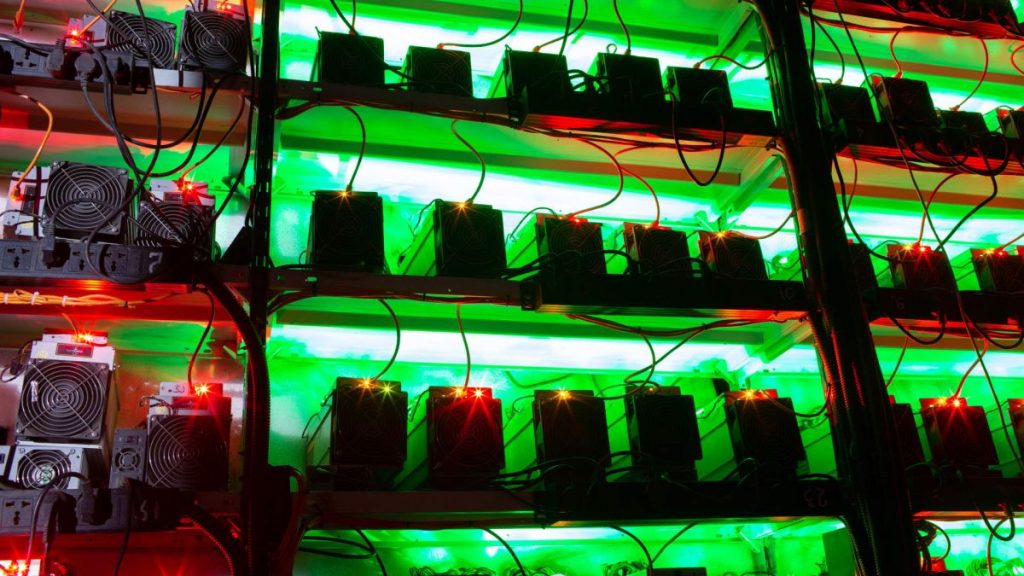 It only takes eight little bitcoin transactions to generate a GeForce RTX 3090’s worth of waste, that’s my key takeaway from a report into the electronic wastage of the cryptocurrency’s basic infrastructure. You could also characterise it as one transaction being the equivalent of chucking away two iPhones, but I haven’t worn a turtle-neck sweater since I was three and tossing a couple of Apple’s finest in the trash feels like too close to a positive to get the point across.

A lot has been written about the ecological impact of cryptocurrencies such as ethereum and bitcoin from a pure power point of view, but not a lot about the impact of the sheer volume of e-waste the whole crypto endeavour creates. And it’s a lot.

On its own the study, bitcoin’s growing e-waste problem (via The Guardian), by economists from Dutch central bank and MIT, estimates that “bitcoin’s e-waste… adds up to 30.7 metric kilotons annually, per May 2021. This number is comparable to the amount of small IT and telecommunication equipment waste produced by a country like the Netherlands.”

Worse still, the report estimates that, at bitcoin’s price peak earlier in the year, the annual amount of waste could rise beyond 64.4 metric kilotons, showing just how damaging any further price rises could be.

I mean, I’m used to the kilotons measurement being given in regards to nuclear bombs, but this is looking pretty damaging, ecologically speaking, too.

The crux of the issue is the way that bitcoin transactions are supported. The blockchain uses the power of specialised ASICs to secure the network, and the working through of the necessary algorithms is the process called mining. The miners are then rewarded with their own cryptocurrency as a boon.

You already know this, cryptocurrencies have been ruining PC gaming since 2017 when the first GPU drought hit. Back then we called it ‘the Great Drought’, only for something worse to follow.

Unlike ethereum, which haunts our dreams of affordable new GPUs, the ASICs that make bitcoin work are fixed function devices designed purely for the purpose of churning through the algorithms at the cryptocurrency’s black heart. And cannot do anything else. Therefore when their useful life is over the only option is to scrap them.

At least a mined GPU is probably still pretty capable of running a gaming PC. For a while, at least.

The issue is that useful life isn’t a long one. The study estimates a lifespan of less than a year and a half before that particular ASIC is unable to munch through the vital maths at a pace that makes it profitable compared with the amount of energy it requires to do so. The complexity of the algorithm increases, which means there is a constant race to be at the top of the tech tree or it’s simply no profitable to continue propping up the bitcoin blockchain.

Because of this relentless churn of hardware the study claims that “on average bitcoin generates 272g of e-waste per transaction processed on the blockchain.” That’s a lot of tech to waste in a silicon shortage, and on the same blockchain that is weirdly heralded as some sort of saviour of humanity and can be used for anything from currency, to art, to damned kitties. So yeah, 272g, or two iPhones, or an eighth of an RTX 3090.

Whatever, it is a lot of waste, a lot of power, and a horrendous use of a planet. Can we all just call time on crypto yet? Screw the champagne socialists and their overblown claims about the freedom of the blockchain, and what that might mean, nothing good has come out of any of the cryptocurrencies apart from feathering the nests of a few miners.

And before you come at me with proof-of-stake as a way out, point me to the final release of that new, long-heralded version of ethereum. It was meant to be only a few months out back in May, and it’s still nowhere to be found. The damn thing will get forked anyways so the GPU miners can still earn their blood money on a Victorian folly of a currency.