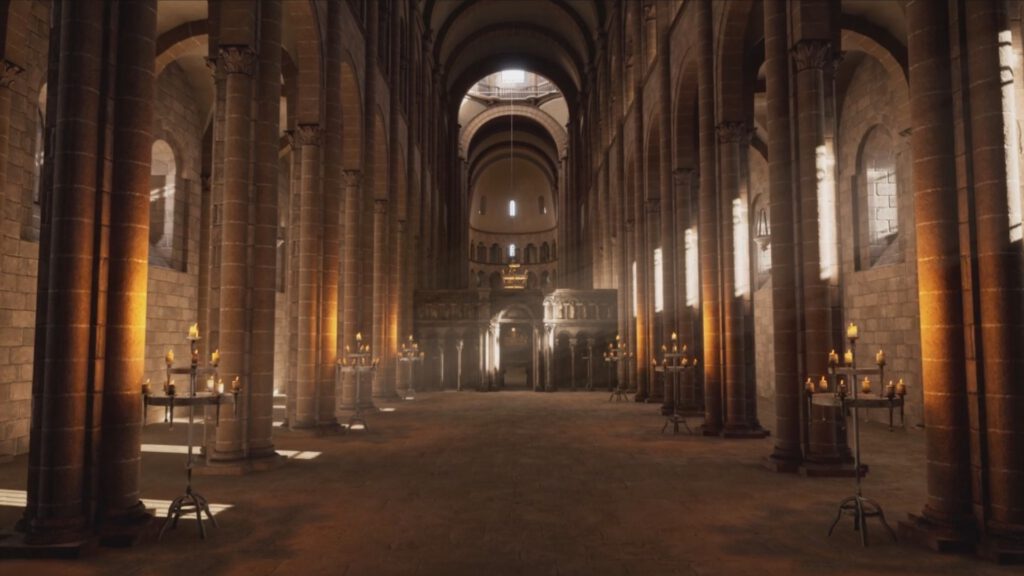 Dragon Age spiritual successor The Waylanders has a major localisation update coming up before the end of the month, and to celebrate, the developers of the RPG game have provided a hint at the next big location adventurers will be traveling to in its magical world: the extremely Christian medieval city of Compostella.

The Compostella reveal trailer gives us a whirlwind tour of the city, which is a stone fortress built around a massive gothic cathedral. The clip is narrated by someone who sounds as though he’s the city’s founder, and who may well wind up being the main antagonist of the second act of The Waylanders. There’s heavy emphasis on the region’s Christian heritage, particularly on how it’s been the force behind the efforts to ‘civilise’ the area and rid it of “demons and pagans.”

That’s going to make things interesting as the game moves out of its first act, which is set in a ‘Celtic Era’ that serves as a confluence of mythologies from all over the world and beyond. Greek heroes rub elbows with Egyptian demigods in the opening scenes of The Waylanders, and the story taking a turn through the devoutly Christian Middle Ages is sure to lead to some conflict.

“We know players are eager to find out what is going to happen next and we can’t wait to see people explore medieval Galicia,” Waylanders creative director Sergio Priesto says. “I hope this little taste of what’s to come keeps all our fans excited.”

Act 2 won’t be out until the full game launches this spring, but next week, early access players (who have been able to journey through the first 12 or so hours of The Waylanders) can look forward to additional localisation languages, including Spanish, Latin American Spanish, French, German, Simplified Chinese, Russian, and Galician. That update is planned for January 25.

We first tried The Waylanders out last summer, and found ourselves quickly facing down a giant purple wolf god. At that point, the game could be somewhat confusing and even felt a bit empty in areas, but developer Gato Salvaje Studio has released regular updates that have added a host of new features and tweaks, often responding to Early Access feedback.

You can expect the full game to launch sometime this spring – we’ll find out more when the localisation update arrives next week alongside a newly updated development roadmap.