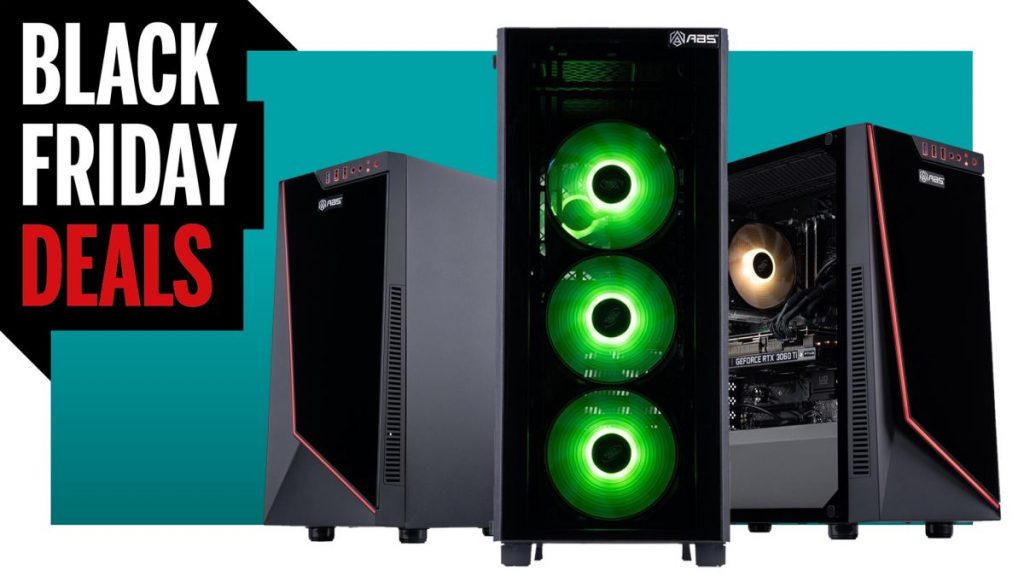 These three kings come not bearing Gold, Frankincense, or Mer. These kings, in the form of ABS Master prebuilt gaming PCs, come with three distinct Intel CPUs, and are crowned with a shining RTX 3060 Ti GPU. If that’s not a Black Friday miracle, I don’t know what is.

Each CPU comes with a distinct set of specs, with the Core i7 11700F holding the top spot, particularly when you look at the potential 4.9GHz Turbo clock speeds, compared to the other two’s 4.3GHz, and 4.4GHz respectively. That’s going to be great for CPU intensive gaming, and the fact it’s an eight-core, 16-thread CPU doesn’t hurt either.

But the Core i5 10400F and Core i5 11400F aren’t slouches either. The 11th Gen can hold it’s own among the competition, and even the less exciting 10th Gen, 2020 model chip runs rings around a lot of other mid-range CPUs. It may not support overclocking, but it still made its way onto our best CPUs for gaming guide as a great budget friendly option for Intel builds.

Just something to note, none of these CPUs come with integrated graphics, so you’re going to need that GPU just to see what the hell is going on.

Other than the CPUs, the only discernible difference is that the lower-end of the three has less storage, so it might be worth a look around for SSD deals if you don’t think 512GB is going to cut it. And considering the size of games nowadays, that’s getting ever more likely.

Oh, and the aesthetic gets slightly more edgy with every hundred dollars extra spent.