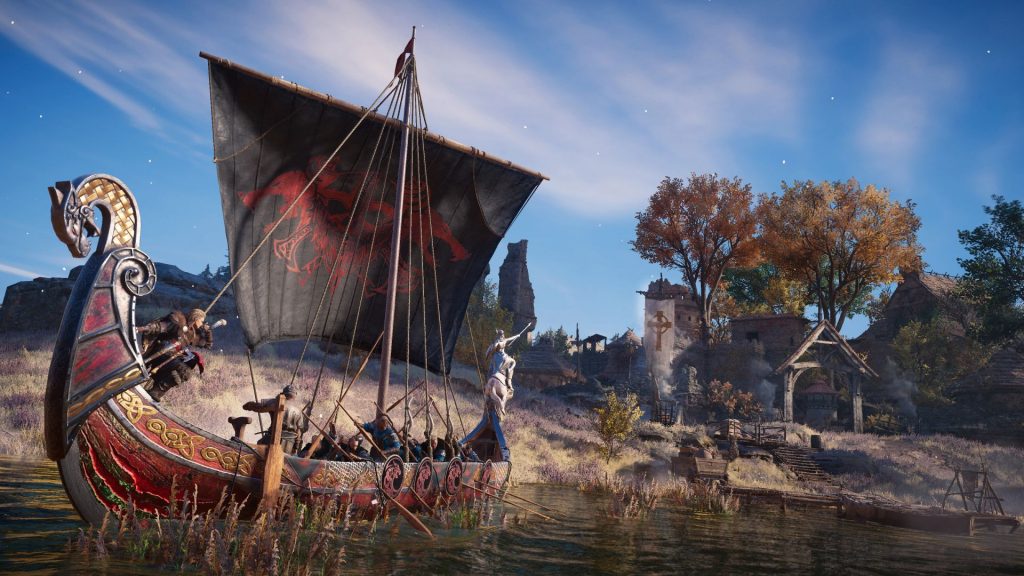 Vikings are all the rage these days. Assassin’s Creed lets you book your foes a one-way-ticket to Valhǫll, Crusader Kings lets you cut a swathe across Miðgarðr as a Northern Lord, and of course, Valheim immerses you so deeply in being a Norseman you’ll start to wonder where you parked your longship.

This culture has a long and proud representation in gaming. Ever since I was a young boy, I’ve played in golden halls. From Hellblade to Northgard, I must have played in them all. I’m something of a víkingr vitki. I still have fond memories of sitting at the ZX Spectrum playing 1984’s Viking Raiders. I would lead Egbert the Execrable to victory over Odin the Odious in a pixelated squabble over drinking horns.

The best games are all about authenticity. You want to be transported back in time, teleported to a place that captures your imagination and tests your wits. Assassin’s Creed developer Ubisoft brought in all manner of experts and translators to bring its game world to life. The Old Norse spoken by the game’s NPCs is just one of the many touches that make it so special.

Similarly, I managed to log over 1,000 hours in Crusader Kings 2 as a descendant of Ragnar, enthralled by the prospect of ruling not Russia, but Garðariki. Watching the map turn Norse made me realise that a funny accent just isn’t enough. By contrast, having Harald Bluetooth yelling at me in modern Danish in Civ 5 seemed rather cheap – at least Harald Hardrada growls his threats using the real deal in the latest installment.

If the success of today’s Viking games – and TV shows like The Last Kingdom or Vikings – proves anything, it’s that this culture still has the power to fascinate. More than that, it’s still relevant. Who better than the Norse to tell us that Thor must be mightily pissed off (Þórr mun reiður vera) or that the fishing trip isn’t going as planned? (“We’re going to need a bigger boat”, or Þurfa munu vér skip stærra). And when Jǫrmungandr is finally reeled in, or lockdown finally lifts, ordering the celebratory beers just sounds more emphatic in Old Norse (“This drink; I like it! ANOTHER!” Líkar mér drykkr þessi! ANNAN!).

If any context is suited to such an emphatic and emotive language as Old Norse, it’s gaming

Old Norse is the language of legends and the stuff of sagas, a key inspiration for Tolkien and Marvel, for award-winning manga and countless epic videogames. It’s the language of cleverly crafted kennings, blood-curdling curses, and pithy retorts to Ragnarök. It deserves to be done right. Like this:

I used to be an adventurer like you, then I took an arrow to the knee.
Vas ek víkingr sem þú, áðr ek fekk ǫr í knéð.

If any context is suited to such an emphatic and emotive language, it’s gaming. These days gaming is about mixing it up online with your pals – and mincing up perfect strangers with virtual axes. And whether you wield the language with the silver tongue of Loki, or by hammering home your point like a Thundergod, there are endless phrases in Old Norse perfectly suited to yelling down the mic. 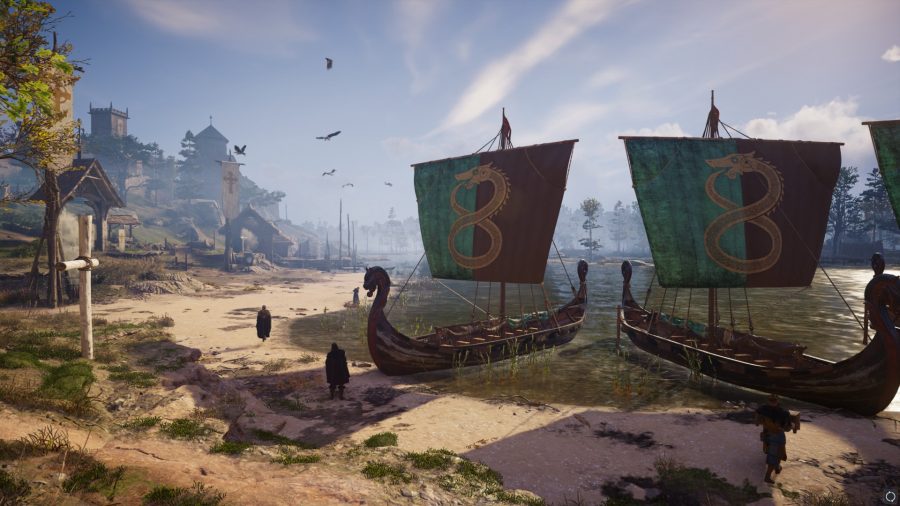 The traditionalist may well prove his loyalty with a “My sword is yours!” (Sverð mitt es þitt!). Snipers will probably want to lay low and hiss “Headshot!” (Fló ǫr í hǫfut) or “Game over, player one” (Mun nú ævi þín ǫll, vígamaðr enn mesti). The team tank (skriðdreki) is probably all about “no guts, no glory” (Ólífs es iðralauss maðr”). Perhaps you have to explain why you haven’t been at work this week (“I have been playing Valheim for two weeks straight” is Leikit hefik Valheimr tvær vikr heilar).

Inspired? Check out our AC Valhalla: Wrath of the Druids review

If you really want to stand out from the hirð, you have to talk the talk. Imagine it: you’re main-tanking in your next MMO raid, or the last on your team alive in the deciding game of a CS:GO match. You pull out the clutch, and amid all the screaming over Discord you drop an emphatic, mellifluous roar of Old Norse. Dead language? Say it to my skeggøx.