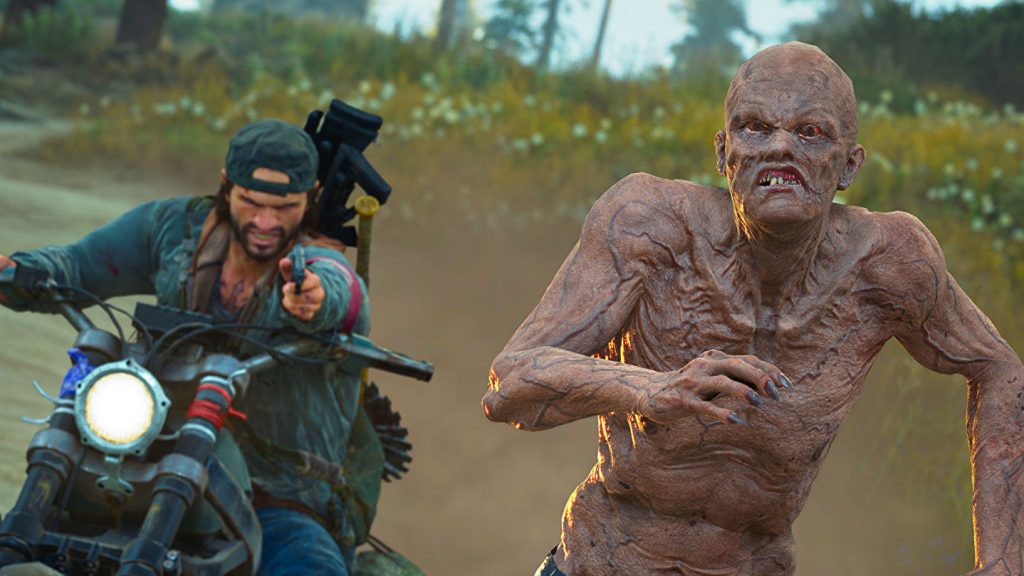 For a while, it seemed like all Sony was interested in making were games about bearded men trying to survive the end of the world. Days Gone is very much one of those games. You are a man, with a beard, and society has collapsed. There are zombies and lots of broken things to break and make into other things. The proof is in the footage below.

IGN got to play the opening of the game at 2560×1440 and 60fps, which looks rather nice. And they did us all a favour by skipping the cut-scenes. Context, as we all know, is the refuge of cowards… Ok, I’ll be a bit cowardly. You are a husband looking for his wife in post-apocalyptic Oregon. Why can’t it be something else? If it was a game about finding a lost cat, I’d be all over it. It wouldn’t even need to be my cat. I love all cats.

It looks OK, but I also feel like I’ve played it before. I think I’m tired of the overall ‘kill the zombies and yank the loot from broken machines’ loop that was very much the PS4’s oeuvre. It even has its own terrible name for what are otherwise zombies: freakers. There are plenty of people out there with infinite patience for this sort of game, but nowadays I’d need it to have a co-op mode to bother with it. I also felt a bit queasy at him whacking away at the Newts. Controversially, I’m not a big fan of bludgeoning children.

Of all the PlayStation exclusives we’d love to see on PC, what I’m begging for is a Ghost of Tsushima port. I’d gobble that right up and ask for seconds. I’d even take a shonky one, where the cut-scenes load in looking all low-poly and you can’t change the controls. Just give it to me, please.

Not long until you can play Days Gone, though. Should you be into this sort of thing, it’s out May 18th.