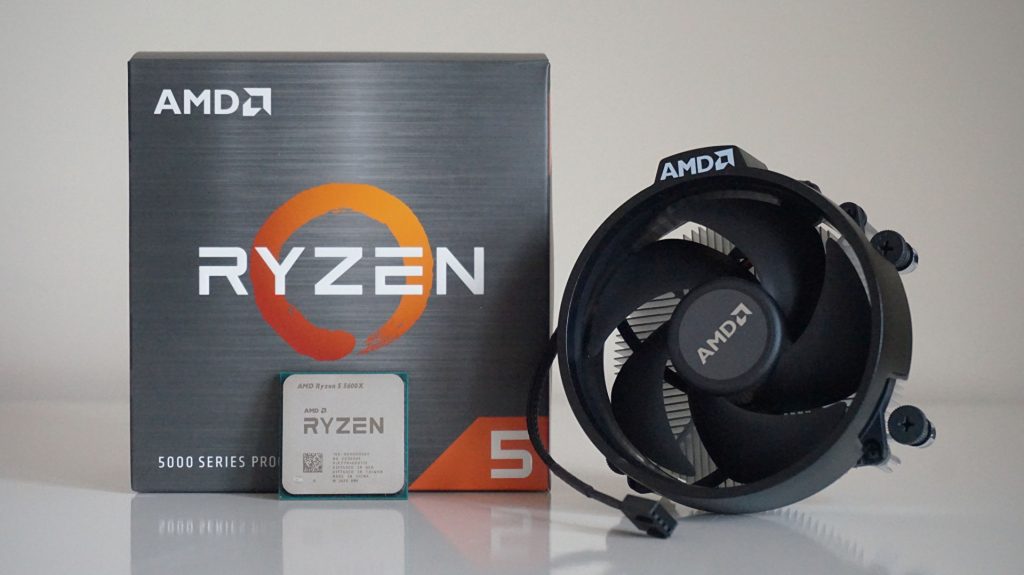 The Ryzen 5 5600X is a terrific CPU for gaming, providing the incredible single-core speeds of AMD’s Ryzen 5000 series and six cores of multi-threading power at a very affordable price point. Its UK RRP is around £280, but today it’s available at Currys PC World for just £255 when you use code FNDDGAMING.

That’s a great price for what Katharine calls a ‘stonkingly fast gaming CPU’ in her 5600X review. She’s using quite technical language there, so let me try to translate: this is the AMD CPU you should buy for gaming. It knocks previous Ryzen generations into cocked hat, even when compared against higher-tier chips like the 3700X and 3900X, and it also does well against Intel’s latest and greatest CPUs. Even compared to the likes of the 10900K and 11900K, it wins in many games and comes darn close in most of the others.

That’s not bad for a CPU that costs £255 today, especially given that it comes with a free Wraith Stealth cooler that makes the Intel stock cooler look like a child’s toy. (You can of course get a better air cooler for around £20, such as the classic Hyper 212 Evo, or spend far more on high-end AiO and air coolers, but the point is that the Wraith is more than capable of cooling the 5600X, albeit at relatively high noise levels.)

The 5600X also performs near-identically to its more expensive Ryzen 5000 siblings in most games; it’s only if you’re heavily into tasks that can really use as many cores as possible (e.g. rendering video or compiling code) that the likes of the Ryzen 5800X, 5900X and 5950X really start to make sense given their higher price points and overall worse availability.

Now, we have to admit that have seen the Ryzen 5 5600X for cheaper than this before, but both times it’s involved weird glitches where you could buy the chip from Amazon US via Amazon UK, seemingly without tax or import duty. That brought the price down to around £225, but it’s only been available for a couple of hours and hasn’t re-occurred for weeks, making it hard to justify as a true alternative to this £255 price point.

So: if you’re in the market for a PC upgrade, especially if you already have an AM4 socket board with an available BIOS update that adds Ryzen 5000 support, we highly recommend the 5600X at £255. Just remember to use that FNDDGAMING code at the checkout to get your £5 off and free next day delivery.