This Beloved Action Franchise Ended One Movie Too Late 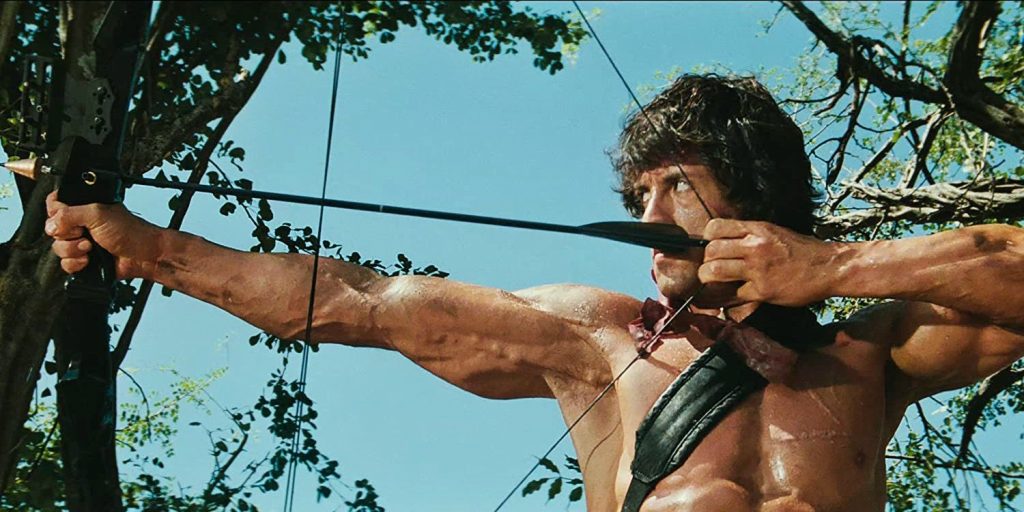 2008’s Rambo was true to the title character and gave him a fitting swansong; 2019’s official finale Last Blood paled in comparison.

After the surprising success of 2008’s Rambo, the fourth movie in Sylvester Stallone’s action-packed saga, a fifth installment languished in development hell for years. Rambo: Last Blood, which promised to be the grand finale that would definitively conclude the series, finally arrived in theaters in 2019. The Rambo series hasn’t enjoyed particularly positive reviews since the masterfully crafted First Blood back in 1982, but the response to Last Blood was particularly negative. So much for going out on a high note.

What makes Last Blood extra disappointing is that, on top of being a weak conclusion to a decades-long story, that story already had a strong conclusion 11 years earlier. The 2008 movie already gave the Rambo series the perfect ending long before Last Blood came along with a generic revenge story driven by racial stereotypes. At the end of Rambo, the title character returns to his father’s ranch in Arizona and finally gives up a life of violence after singlehandedly massacring the ruthless militia terrorizing Burma. Last Blood was a tagged-on postscript at best and a run-of-the-mill thriller with gratuitous violence in its most egregious lows.

RELATED: Sylvester Stallone Mumbles His Way Into The Suicide Squad

In First Blood, John Rambo is introduced as a soldier who returns from fighting in Vietnam with PTSD and finds himself ostracized from society. After learning that all his friends are dead, Rambo is run out of a small town by the power-hungry local cops and ends up leading the entire force – and later the National Guard – on a manhunt through the woods. The movie was a poignant critique of the treatment faced by Vietnam veterans when they came home.

The subsequent sequels lost track of these cynical themes and got swept up in Reagan-era nationalism. The spectacular bloodshed in First Blood Part II and Rambo III peddles the exact opposite message to their predecessor. The message that a musclebound, gun-toting American superman like John Rambo will arrive in a helicopter to save the day glorifies war instead of condemning it, as First Blood did.

2008’s Rambo marked a return to form, both in terms of the story’s themes and in terms of Rambo’s characterization. Like First Blood, it takes a bitter standpoint toward the injustices of the world. Not all of its action sequences are exciting or fun; a lot of them are harrowingly realistic depictions of the horrors of war. The series had come a long way from the glorious helicopter assault that caps off First Blood Part II. Once again, Rambo was reluctant to fight – and when he finally sprung into action, it was ugly. And then Last Blood turned Rambo back into a one-dimensional killing machine.

David Morrell, author of First Blood and creator of the John Rambo character, was pleased with the 2008 movie. After being critical of the previous couple of sequels, Morrell praised the fourth installment on the FAQ section of his website, saying that it was “the first time that the tone of my novel First Blood has been used in any of the movies,” and that its portrayal of the character he created was “spot-on.” On the other hand, Morrell tweeted that Last Blood was “a mess” and that he felt “embarrassed to have my name associated with it.”

Both Rambo and Last Blood set out to expose a real injustice going on in the world and offer a grisly revenge fantasy as Stallone doles out brutal vigilante justice against those responsible. In Rambo, the title character takes on the oppressive militia with a stranglehold over the people of Burma. In Last Blood, he takes on sex traffickers in Mexico. While the former is a passionate rallying cry against all the evil in the world, the latter’s cartoonish portrayal of a Mexico rife with crime and violence is way off-base.

The 2008 Rambo movie was embraced by real-life Burmese freedom fighters in the Karen National Liberation Army, whose morale was hugely boosted by the movie’s incisive anti-Tatmadaw message. They even adopted Rambo’s line “Live for nothing, or die for something” in their struggle against the Burmese government. Last Blood, on the other hand, was accused of perpetuating negative stereotypes about Mexico, which helped no one.

Ultimately, Last Blood suffered from the fact that it didn’t originate as a Rambo movie. An original script was retroactively turned into a Rambo sequel, so the protagonist is just a generic action movie protagonist who happens to be named John Rambo and played by Sylvester Stallone. The story wasn’t conceived to revolve around the Rambo character and as a result, the character didn’t really feel like Rambo at all. As Morrell pointed out, “Rambo could be called John Smith and [Last Blood] wouldn’t change.”

The 2008 movie was a pitch-perfect character study of a highly trained mercenary who hates that killing is the thing he does best, but reluctantly chooses to use that power for good – in the bloodiest, gnarliest way possible. Decimating the entire Burmese militia gave Rambo an out. He could finally hang it up and retire to a peaceful life. Arriving at his father’s ranch in Bowie, Arizona was the perfect conclusion to the Rambo saga. Ripping a sex trafficker’s heart out of his chest and then ambiguously taking a seat on his porch to leave the door open for a sixth movie was not.