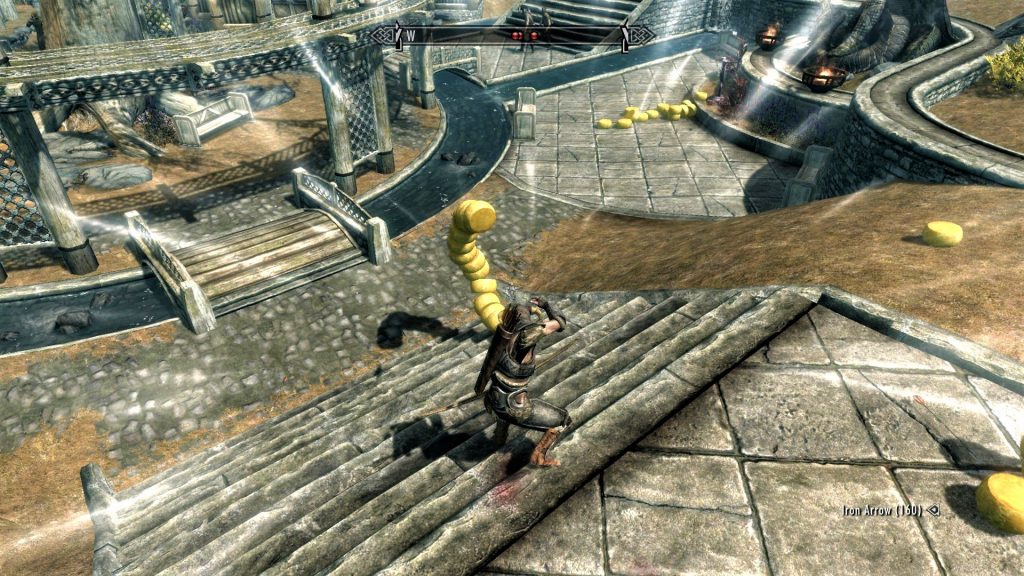 As a Skyrim fan that, without fail, opts for an archer Dragonborn every single time I tackle Tamriel, I can vouch for the RPG game’s satisfying bow-based combat. There are plenty of excellent bows to pick from, from magic-infused weapons with neat effects to the simply badass Dragonbone longbow, and landing a well-placed shot has a meatily rewarding feel to it. But, there’s always room for new spins on archery – and a, er, ‘cheesy’ new Skyrim mod does this in the most hilarious way.

Sheogorath’s Bow of Cheese mod by creator Lawcet “adds a bow that instantly kills enemies by turning them into cheese wheels”. Yep, cheese wheels – those giant, lurid yellow cogs of coagulated dairy that positively litter Skyrim’s many inns and abodes. Technically, it’s a pre-existing mod for Skyrim’s base game version that’s now been ported to Skyrim Special Edition by modder FireOogle, but that makes it a whole new option for a swathe of players to get their hands on for the first time.

As you can glean from the mod’s attached images, the result is very funny, with the much-disliked Whiterun resident Nazeem getting blasted into a series of cheesy wheels tumbling down the city’s stone steps.

With the mod installed, you can find the magical bow at an “Altar to Cheese” located in Whiterun – that is, a table plonked by the city’s southern wall, which also becomes a fast travel spot your Dragonborn can nip to directly. Fast travel points are otherwise reserved for notable locations in Skyrim’s world so that’s a high honour for the cheesy table.

Sure, this might not be the most immersive of Skyrim mods, but it’s a highly entertaining option for Dragonborn looking to create a little mischief in their travels (and a whole ton of cheese, too, obviously).

Roleplay away: Pick up Skyrim on Fanatical here

If you’re tempted, head to Nexus Mods here to grab it for Skyrim Special Edition. As ever, mod with caution! And check out our rundown of the best fantasy games on PC if you’re looking for something else to try.