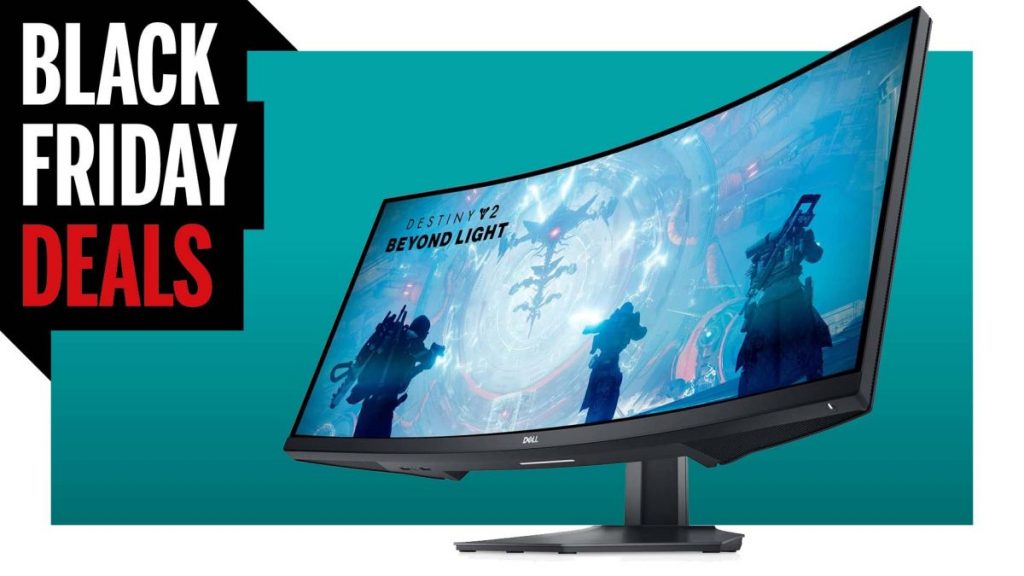 There are a couple of Dell monitors we’re fans of here at PC Gamer. The Dell S3222DGM, a close relation of today’s Black Friday deal, ranks among our picks of the best gaming monitors of the moment, and similarly Dell’s S2722DGM and Alienware AW2521HF make the list. But they miss something that this Dell S3422DWG has: an ultrawide aspect ratio.

The Dell S3422DWG is a 34-inch gaming monitor with a 21:9 aspect ratio. Quite a bit wider than your usual 16:9. It’s also rated to run at a 144Hz refresh rate and supports VESA DisplayHDR 400, which is a pretty big get for $449.99, which is how much Dell’s asking for this ultrawide monitor over on its website.

I’ve dabbled with a fair few ultrawide monitors and I can say that there’s one key to picking a panel that’s great for both gaming and working on. That’s a 1440 pixel vertical resolution, as opposed to one rocking 1080p in height. That extra vertical height makes all the difference when you’re opening multiple windows, or trying to do a lot with Windows 11’s snap function—you feel like you really have plenty of space to work with.

And that’s what the Dell S3422DWG offers: a resolution of 3440 x 1440. Now in terms of gaming, you can definitely get away with the slimmer resolution, and it’ll be easier on your graphics card, too, though in terms of an all-rounder I really recommend the more expansive WQHD resolution.

That’s where this Dell deal stands out, as there aren’t all that many WQHD gaming monitors around this price that can offer this sort of specs list. One such screen is the Asus TUF Gaming VG35VQ found for $450 at Newegg, but with a lower refresh rate it doesn’t appear as good a panel.

As for other ultrawide alternatives, Dell has the Alienware AW3821DW IPS for $1,300, which is a mighty beast indeed, and there’s the Samsung Odyssey G9 for $1,000 over at Amazon. That’s actually the newer version of the screen that convinced me that ultrawide monitors were the way to go, so believe me when I say it’s gorgeous. Just a little pricey.

On the cheaper end, there’s the Cooler Master GM34-CW, coming in at $629 at B&H Photo. That looks as much a match for the Dell, truth be told, so I’d go for the far cheaper Alienware option out of the two.