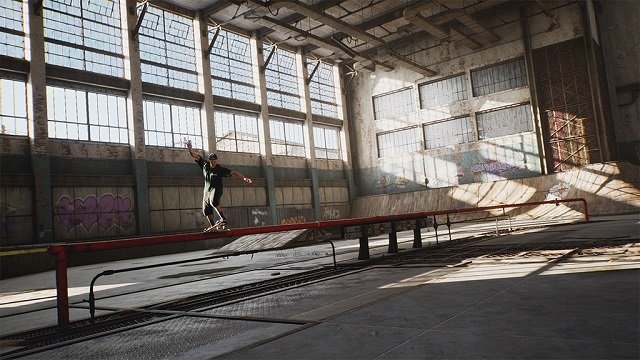 The triumphant rerelease of the first two entries in the Tony Hawk’s Pro Skater series is coming to Nintendo Switch on June 25, letting you take the master of the 900 on the go.

Grab your board and #NintendoSwitch, and get ready to drop in to @TonyHawktheGame 1+2 on June 25th!

Skate through all the classic levels with some of your favorite pro skaters and a whole lot more.

In addition to an updated roster, players who pick Tony Hawk’s Pro Skater 1+2 up on Switch can experience the game’s improved skate park creation and an expanded set of tricks that unlock even more potential in the game’s classic skate parks. There is both local and online multiplayer as well as the same expansive set of single-player challenges from the PS1 days.

Tony Hawk’s Pro Skater 1+2 also makes history as the last game created by Vicarious Visions before they were partnered with Blizzard Entertainment this January. The studio, which was founded in 1990, is now helping Blizzard with its efforts to rerelease classic titles, drawing from its knowledge gained on the Tony Hawk project and other works.

Switch owners can get their skate on starting on June 25.