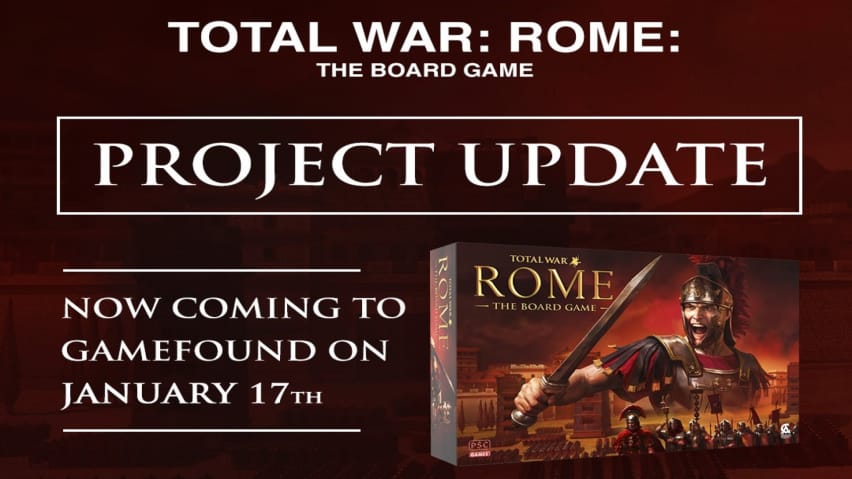 Fans of historically accurate war miniatures games have been waiting a long time for the Total War: Rome board game. This tabletop experience, officially licensed by the beloved PC games published by Sega, has repeatedly announced its dedication to authenticity and complexity that the source material has known for, even announcing several tantalizing expansions. But it seems that everyone will need to be a bit more patient since the publisher has announced a delay for the game’s crowdfunding campaign.

The announcement came from PSC Games’ official Facebook page. To quote, “We’ve made the decision to push back crowdfunding for Total War: Rome: The Board Game, from November 30th to January 17th. We want to make sure this is the best possible Total War game we can deliver and we’re still working through some behind-the-scenes tasks to ensure this, as well as making the Gamefound crowdfunding campaign as good as it can be for everyone!”

As for what kind of behind-the-scenes tasks needs to be handled for the Total War: Rome board game, PSC Games have remain tight lipped. However, the Facebook post does continue to discuss other elements of the game that are still being worked on. The first of these is the card artwork. After receiving community feedback from one of their Designer Diaries posts, the developers have decided to “seek alternative options,” hoping to make the card work not just functional but visually appealing.

Second, they mention progress of the Total War: Rome board game’s unique BattlePlay system. This is being promoted as a more in-depth combat card system for the game. It will include elements like tactics cards meant to help you feel like an actual Roman general leading your armies to victory.

While a two month delay for the Total War: Rome board game is a disappointment, the fact that it happened now does show temperance on the developer’s part. Too many crowdfunding campaigns in the past have fallen into the trap of overpromising campaigns, going over budget, or just delivering something far below the expected standard of quality.