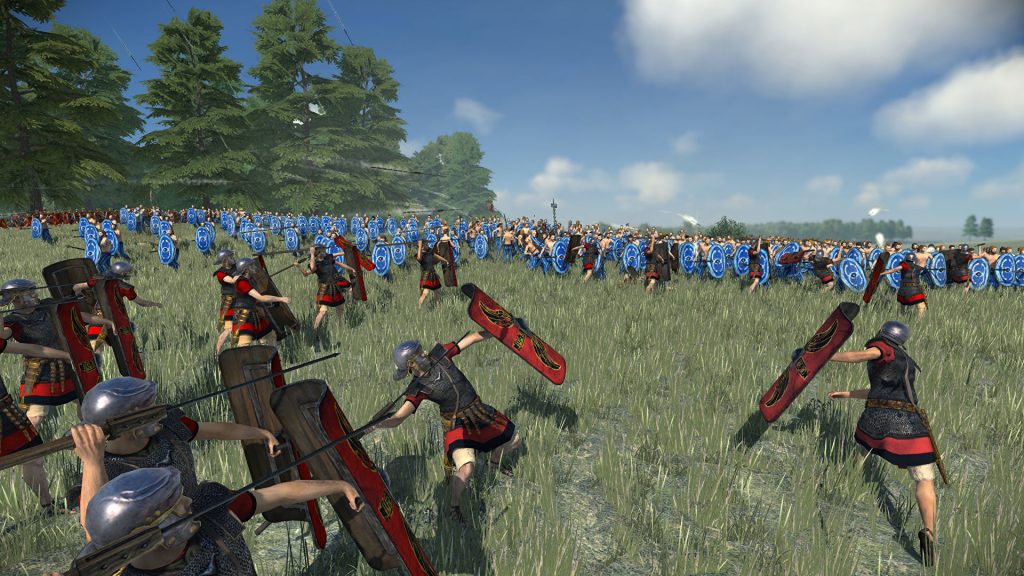 The Remaster is done by Feral Interactive, who are rumoured to be remaking Star Wars: Knights Of The Old Republic. Our Nate recently played a bit of the fancier Rome and was impressed by both the quality of the remaster and by how much of that newness you can disable if you want. But that doesn’t change the fact that it’s still Rome: Total War at heart.

“I suppose for me, however, the question remains: if you’re not playing this out of nostalgia, then why are you playing it?” Nate said. “I suppose if you really love Romans and you really love Total War, but you didn’t get along with TW: Rome 2, this is probably the ideal game for you. But as I’ve already said, despite the remarkably good job Feral have done here, the end result is still drab when compared against any of the Total Wars from the last few years. That’s nobody’s fault but old daddy time’s, but alas, it is the case.”

Total War: Rome Remastered is out now on Steam for £25/€30/$30. They are offering a 50% discount for folks who own the original, but only until 4pm Pacific on May 31st – and only if you have it on Steam. An FAQ explains, “Unfortunately, we cannot track users who own the CD version in order to offer the discount.” Doesn’t explain why the discount is on a timer.

Oh, be sure to download the Enhanced Graphics Pack for the hottest new looks.

The original Rome: Total War Collection has been removed from sale on Steam, though buying Remastered you will a free copy of it thrown in too – so it’s not fully erased from history.