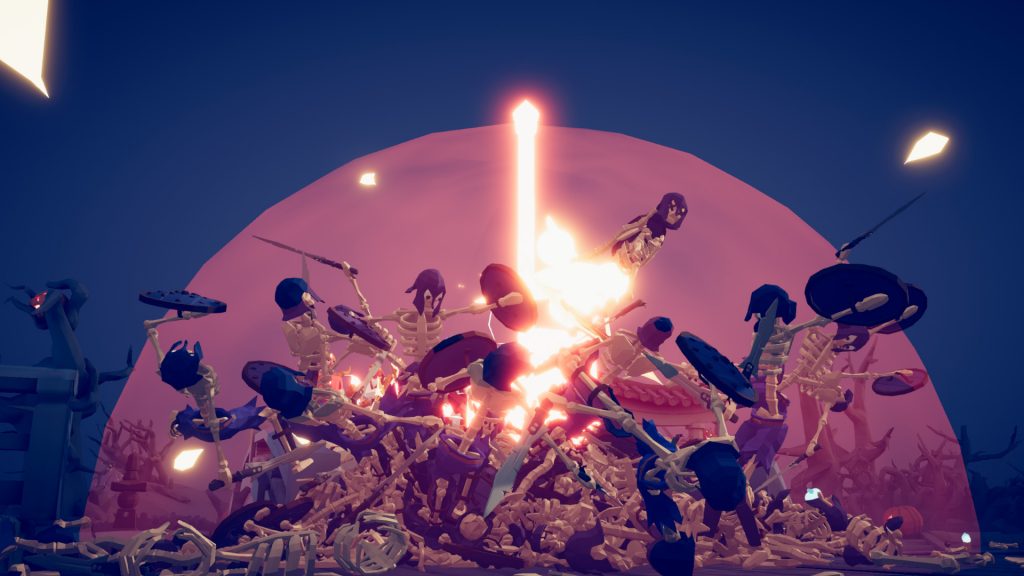 Surprise! Totally Accurate Battle Simulator has just gone 1.0. Yes, the game that launched into Early Access on April 1, 2019 is leaving Early Access on the most appropriate date, and the press release we’ve received assures us that this is not, in fact, a joke. TABS 1.0 is now available on Steam and Epic and with it, two new factions and multiplayer support.

Those two new factions are Good and Evil, which will let you pit units like ‘Sacred Elephant’ and ‘Righteous Paladin’ against forces like ‘Void Cultist’ and ‘Death Bringer’. (I quickly ran a roughly even match between the factions in a preview build the devs provided, and Good triumphed over Evil, so maybe 2021 is gonna turn out alright after all.)

This update also introduces proper multiplayer to the game, letting you hop into local matches, or invite friends to online games. You can also seek out quick matches online with random players. Local multiplayer was already sort of available in the base game’s sandbox mode, but it’s now actually formalised into a proper option.

That’s not all the news out of developer Landfall, either. Totally Accurate Battlegrounds has gone free-to-play (permanently, this time) with a major refresh, and the studio’s new 1v1 side-scrolling shooter, Rounds, has just launched.

For more great sandbox games, you can follow that link.