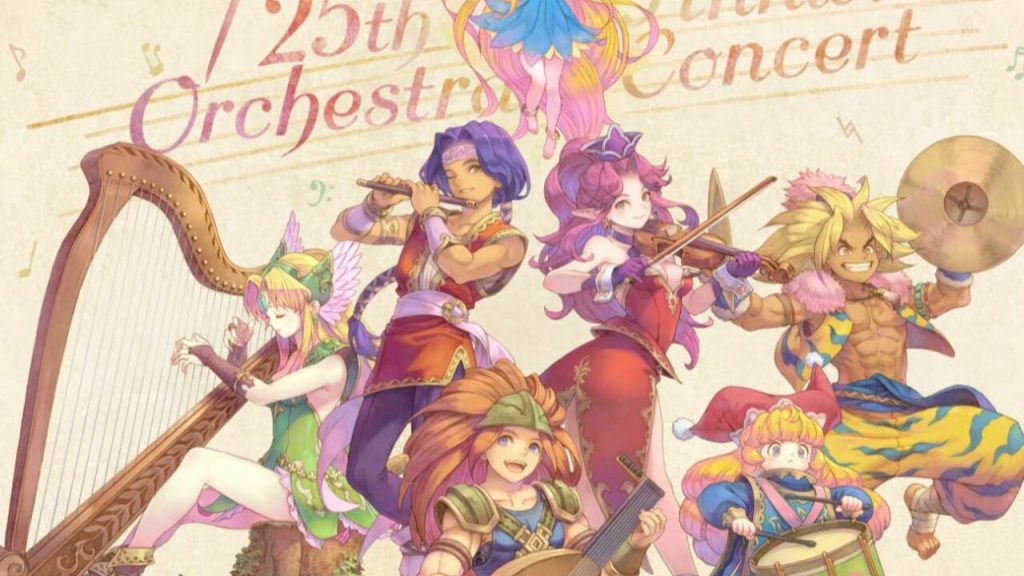 Trials of Mana was a notable release on Nintendo Switch last year, serving up an impressive remake of the third game in the series. This year brings the 25th Anniversary of the game’s original release in Japan, and Square Enix has provided an update on the planned Tokyo orchestral concert that was planned.

Unsurprisingly, the live concert is cancelled due to the ongoing coronavirus situation in Japan, but Square Enix has setup a virtual event for those that want to experience the concert and get some goodies in the process. It’s a Japanese event, of course, so anyone trying to get in on the action should keep that in mind.

Streaming will be available from 26th June to 3rd July, with the first 1000 purchases being eligible for a special set of pins; purchases also receive digital recreations of the concert tickets. Sales are open and there are multiple streaming options to buy, along with some early purchase benefits. Details are available (in Japanese) on the official website.

It should be a really nice event when it’s shared live; hopefully Square Enix will offer some localised options to make it easier to join in outside of Japan, too.