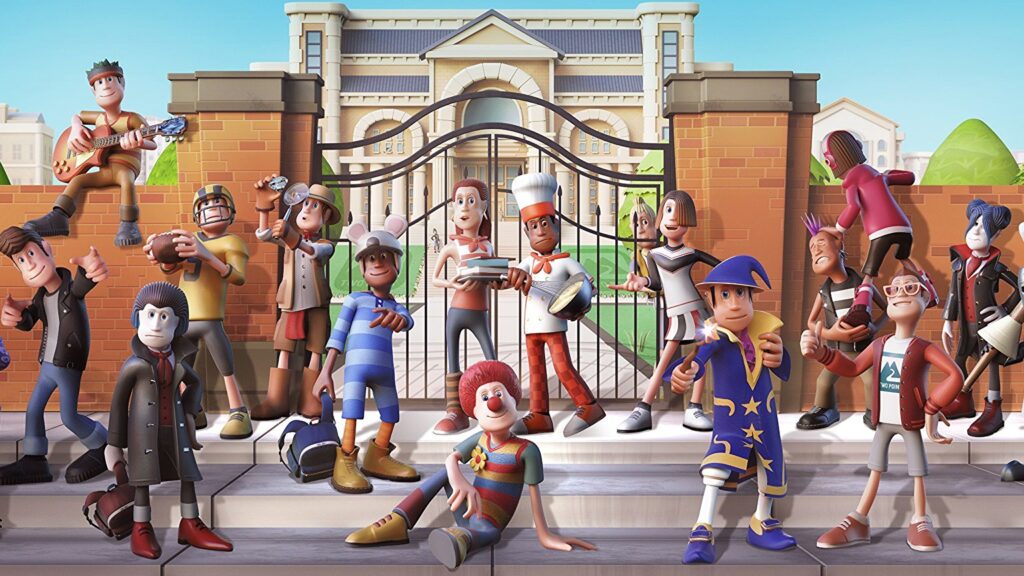 Sega have announced Two Point Campus, the follow-up to Two Point Hospital, one of the best management games on PC. Chuck away those scrubs and don your mortarboard, because next year you’ll be building universities, hiring teachers and teaching students to do useful things, like cooking and *checks notes* uh, jousting. Man, I wish I could’ve done jousting at uni.


In Two Point Campus, you’ll get to choose a theme for the uni you want to build. So far, it looks like there’s a Knight School, as well as more traditional-looking campuses – you know the ones, with all the old pretty buildings that are actually probably not fit to teach students in.


This isn’t the first we’ve seen of Two Point Campus. The Microsoft Store leaked the news last week by briefly putting up the game page early for everyone to see.

Our Two Point Hospital review gave it a big thumbs-up [‘big thumbs-up’ sounds like it’d be a wacky medical condition in the game -ed.]. Though considering it’s a spiritual successor to Theme Hospital, Nic Reuben had hoped their next game might take after another classic Bullfrog Productions management game.


“Back of the box take away, then: Yep. It’s a good’un,” he said. “Theme Hospital occupies a pretty special place in my gaming memories. The sense of relief and joy I got after my first hour with Two Point Hospital was palpable enough to turn into a pill, bottle, and then overcharge for. Plus, if they managed to wrangle this one, it means Two Point Dungeon isn’t out of the realms of possibility…”


I mean, some parts of my uni life certainly felt like being in a dark, scary dungeon. From the looks of things, your campus in this new game can look like a castle too, so maybe not so far off after all?


Two Point Campus is coming to PC and consoles in 2022.

E3 2021 will be running from 12th-15th June. Please see our E3 schedule post for more, genuinely useful information on the whole virtual shebang, and visit our E3 2021 hub to stay up to date on all the latest news.